The Most Exotic Fabric Pattern? The “Bizarre” 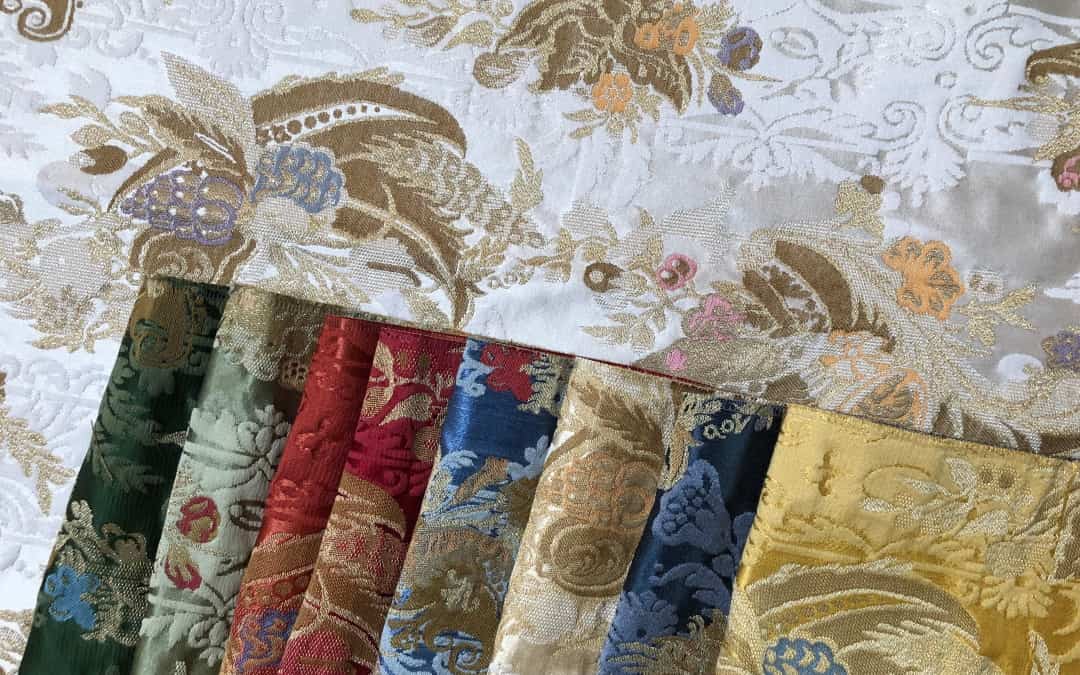 The most curious among the designs for clothing and furnishings fabrics is called bizarre and dates back to the 18th century, although it looks contemporary to us. A triumph of the oddest patterns, which only the most skillful weavers could create and which had a short period of great fortune throughout Europe. Let’s find out why.

The Features of Bizarre Silks

Bizarre silks owe their name to the oddness of this motif: the figures that decorate it aren’t a mere stylized version of natural or animal elements but an interpretation of them, sometimes so free as to make the subjects unrecognizable. These imaginative elements are often juxtaposed with subject matters from the Eastern tradition, fantastic architecture and geometric shapes.

Besides having subjects rich in unusual or abstract figures and exotic plants, they feature:

Examples are the Bizar Lampas, the Paesaggio Lampas and the Bizar Damask below. 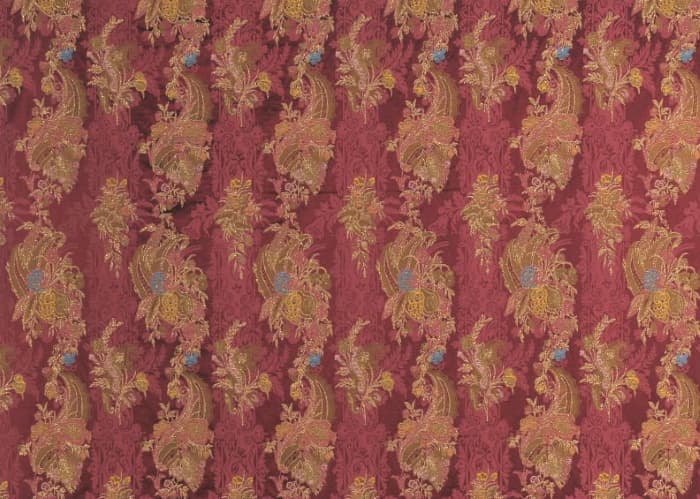 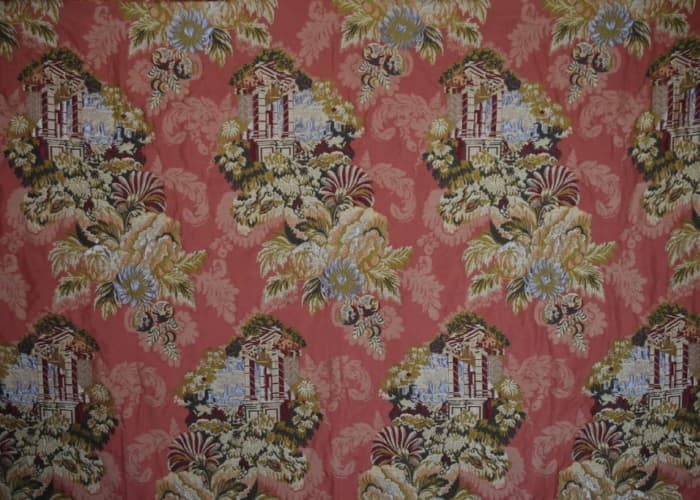 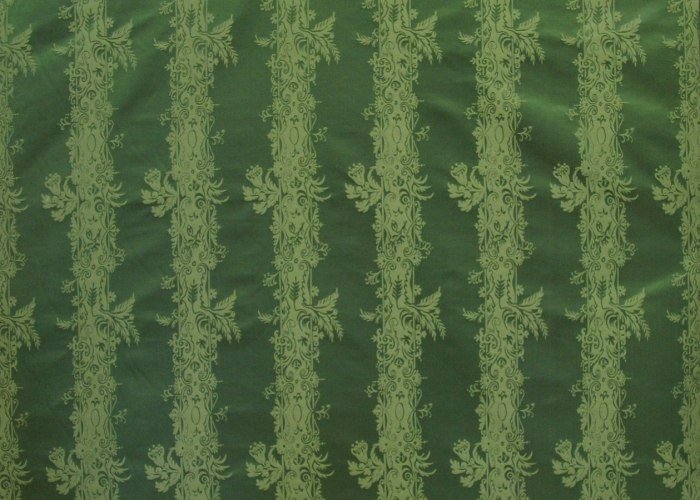 A Pattern of Luxury Fabrics for Clothing and Furnishings

Bizarre silks weren’t within everybody’s means because of their preciousness and value. They were mostly brocaded silk lampas and damasks that are among the most complex kinds of precious fabrics to produce. The creation of such rich patterns required extraordinary skill on the part of weavers, helped by designers specialized in this style. It’s believed that it was the technical skills achieved in that historical period that made the birth of these fabrics possible.

In Venice, a city with strong ties to the Orient, the exotic and fantastic designs of the bizarre became popular through the ganzi, the precious silk fabrics that the Serenissima produced and exported since the 17th century to both the West and the East. They were usually lampas, characterized by elaborate designs that the brightness of gold and silver yarns helped stand out against the ground.

The high technical skill of the weavers necessary to create the bizarre fabrics together with the abundant use of precious yarns made these fabrics exclusive to churches, palaces and the clothes of the nobles.

The Origins of the Bizarre Pattern

Bizarre designs were in vogue between about 1695 and 1720, spreading to France, Italy and Spain. It’s not clear, however, in which country they originated. Certainly, the East India Companies’ trade gave a great contribution to their birth and diffusion.

In those years, in fact, the various European companies started importing large quantities of porcelain, fabrics, and other artifacts from the Middle and the Far East. The exotic designs charmed the whole of Europe, giving rise to “chinoiserie”, a style which drew inspiration from the East’s aesthetic and that interested all the applied arts.

Although bizarre fabrics soon went out of fashion, the fascination with this motif was revived in Europe even after 1720, influencing Rococo and even more so, the Liberty style.