Damasks are fabrics with very large motifs, usually floral, and rich in details. Characterised by an iridescent brightness and a soft lightness, they are mainly used in furnishing, even sacred. What makes them unique is the contrast of brightness between the background and the design, obtained thanks to their satin weave: warp and weft are the same colour, but the light is reflected differently on the areas where the satin is shiny and those where the satin is dull. Although they aren’t reversible fabrics, their pattern is visible both on the front and the reverse side, but shiny and dull parts are opposite, just like in a photo’s negative. 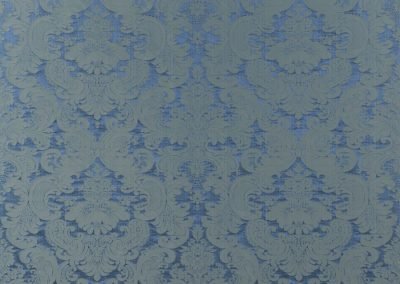 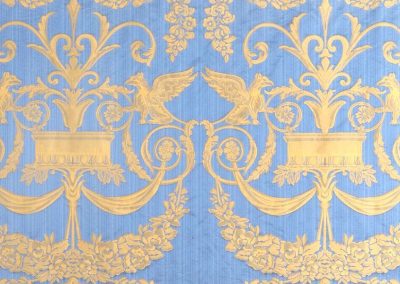 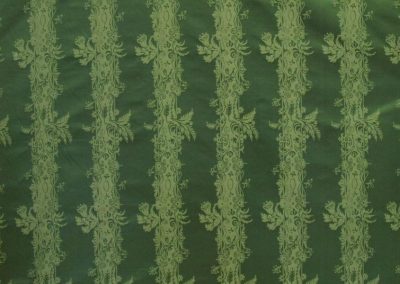 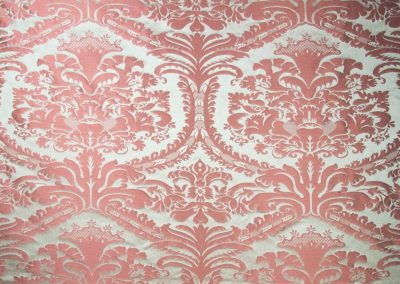 The damask decorative motifs in our catalogue are classical and depict natural or animal elements such as Bizar, or those inspired by ancient times, such as Giardino Craquelé.

The Origins of Damasks

The ancient city of Damascus was a very important centre for the development and manufacture of this fabric and the introduction of new decorative motifs. However, like many other types of fabric, damask came from China and reached the Syrian capital via India, Iran and Byzantine Greece.

It was introduced in the West in ancient times, but its production began spreading in the 15th century in the main Italian textile centres including Venice, Florence, Genoa, and Milan.

It was used for the decoration of churches, for liturgical garments, or palaces and royal residences furnishing. To further enrich damasks,  gold and silver details were added to them, later developing into brocades.