A lavish and fine fabric, whose magnificent patterns and wefts in gold and silver remind us of the Baroque art. Lampas, in fact, became popular in the 16th century, but its origins date back to an even older era: the 10th century.

Its complex structure requires two warp systems, a ground one and a binding one, and at least two sets of wefts. These structures create a three-dimensional effect in the designs and are very suitable for incorporating decorative metal threads, in gold or silver, to enrich the fabric.

Its decoration, which is generally not embossed, stands out clearly from the background whose weave is usually in satin or taffeta.

Today it is mainly used in furnishing, for upholstery, curtains, luxury wallpaper, and liturgical vestments. 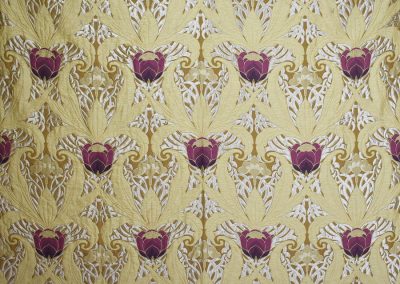 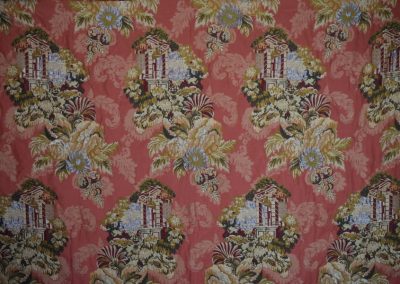 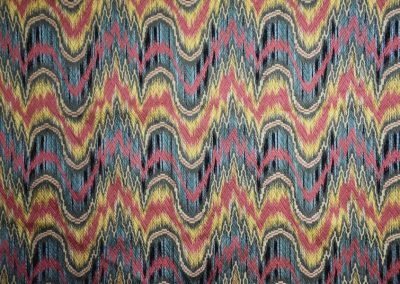 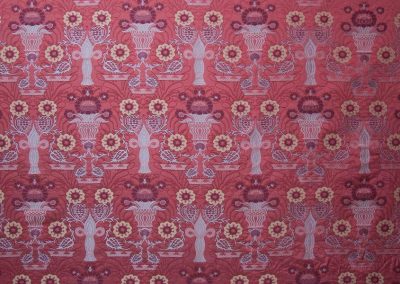 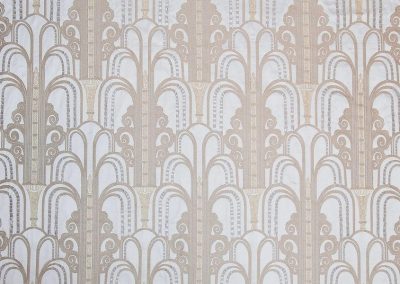 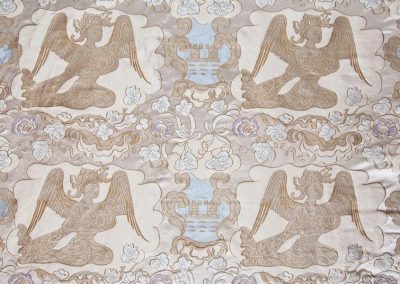 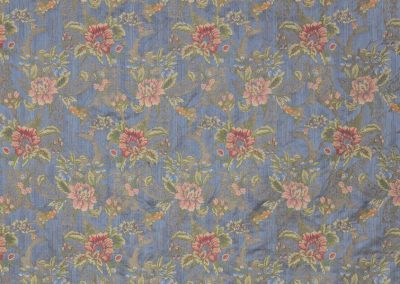 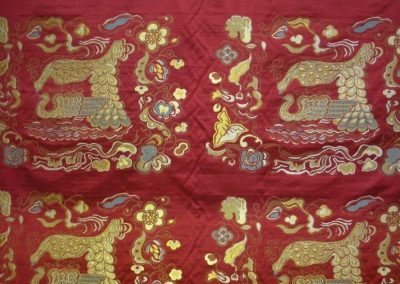 Patterns from different periods and inspirations characterise the Bevilacqua lampases that you can see above: from the most classic, such as the 18th-century Broccato Lampas, and Melograno with Renaissance elements, to contemporary ones, such as Walls, inspired by the Madison Belmont Building in New York, a Deco style building.

Maja Sjöstrom, a Swedish artist, designed some of these fabrics in the 1920s, such as the Three Crowns.

The Origins of Lampas

Lampas, known since the 10th century, is a type of luxury woven fabric, richly decorated. Its name comes from the French word lampas, but its origins are oriental.

A precursor of brocade and with features that remind us of damask, this silk fabric started to spread during the Renaissance and throughout the Baroque period (the weaves produced by the silk factories in Lyon in the 18th century are still famous today).

Towards the middle of the 16th century, there was a tendency to differentiate furnishing fabrics from clothing fabrics, and lampas was mainly used for the latter, with designs inspired by Renaissance motifs but in a smaller size.