The Irresistible Lightness of Damask 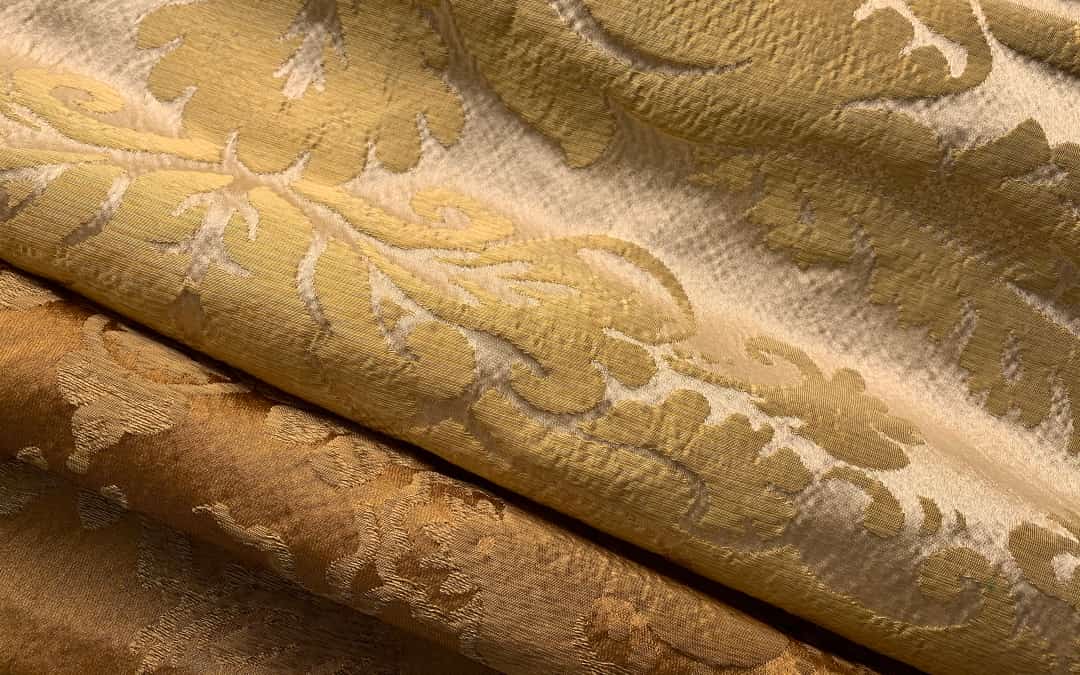 Damask is a magnificent fabric of ancient oriental origins that has charmed the world for centuries with its lightness and iridescent brightness. Let’s discover its characteristics and its use.

The Characteristics of Damask Fabric

Damask is a magnificent woven fabric, in which the complex interweaving between the threads of wefts and warps allows the realization of decorative designs in the fabric itself during weaving. The simplest weave is composed of a single warp and weft, but more complex ones can also be found.

It is characterized by an iridescent brightness, obtained from the different way in which light reflects on the surface which, thanks to the satin weave, has an effect of a shiny background and opaque design on one side and of shiny decoration on an opaque background on the other. It thus becomes a double face fabric, but usually the straight side coincides with the opaque design.

This effect is enhanced through the use of silk, but you can find damasks in cotton yarns, mixed silk or artificial fibers. The very large designs, not in relief and usually floral, are very rich in details and, even if monochrome – warp and weft are in fact the same color – stand out on the background thanks to the contrast between shiny and opaque parts. Silk also enhances another feature of this luxury fabric, perhaps the main one, namely its soft lightness.

Usually, damask is monochrome, but it can also be found in two colors thanks to the use of different colors for warp and weft.

Damask lent itself to be brocade, which means embellished with elaborate embroideries in precious yarns, gold and silver, or silk, later giving life to “brocade” fabrics.

The Origins of Damasks

This fabric was already known in ancient times in the East. Born in China, through trade it reached India, Iran, Byzantine Greece, Persia and Syria. Just in Syria, the city of Damascus became the main center for the development of this fabric, by perfecting its production and creating new ornamental patterns, so that its name was identified with that of the city.

In the 12th century or so, it was the flourishing trade with the East of Venice and Genoa that brought Damascus to the West. These important Italian textile centers then began to produce it, and by the 15th century it was one of the most beloved fabrics of the wealthiest clientele. Its workmanship and silk composition made this precious fabric an elite product.

Like all textiles – damask was also produced with the so-called “al tiro” loom, introduced in Italy by the Arabs between the 10th and 11th centuries, which was equipped with strings, operated to move the various warps. In the 19th century, the use of the Jacquard loom simplified its production, reducing its cost and promoting its spread.

The ornamental motifs of the damask are recognizable by the contrasting sheen created by the satin of the obverse and the satin of the reverse, and usually recall floral themes with stylized figures.

The designs of the damasks in our catalog are classical in style and depict mythological elements as in Grottesche Craquelé and Fenice, animal subjects as in Termidoro, or floral and naturalistic motifs as in Craquelé 31089, Damask 31026, Bizar and Giardino Craquelé. 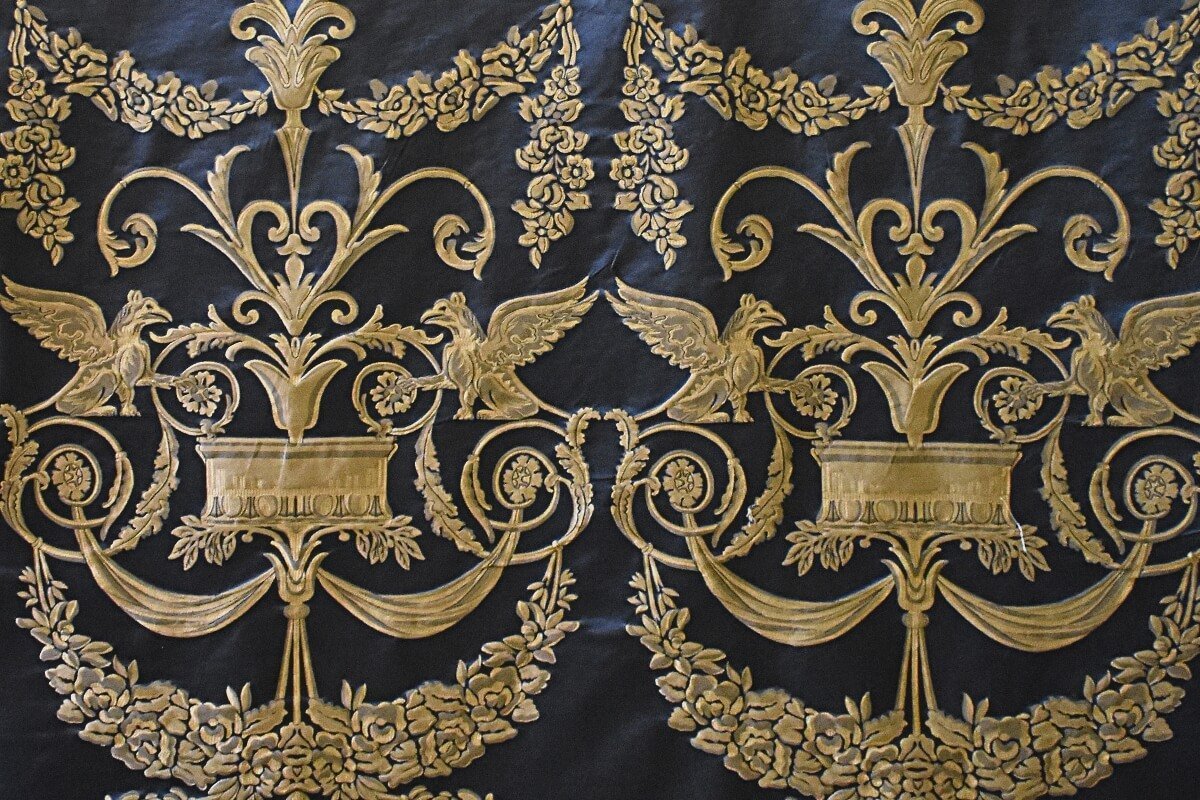 Use of Damask Fabric

Damask was used to decorate noble palaces and royal residences, for the embellishment of churches, for priestly robes and liturgical vestments, and for men’s and women’s clothing.

In the 15th and 16th centuries – the period of maximum splendor of textile art in Venice – damask was the preferred type of fabric for the luxurious summer dresses of the wealthy classes.

Even in the Baroque and Rococo eras, with splendid ornamental motifs and embellished with embroidered decorations in gold and silver thread or polychrome silks, it was among the most popular fabrics for decorating palaces and homes of the nobility, for its lightness and luster.

Still today, damasks are used mainly in interior decorating as upholstery for cushions, armchairs and curtains as well as by the Church to make liturgical vestments and priestly robes and also in clothing.

Discover the damasks of our catalogue