The Silk Revolution of the Middle Ages 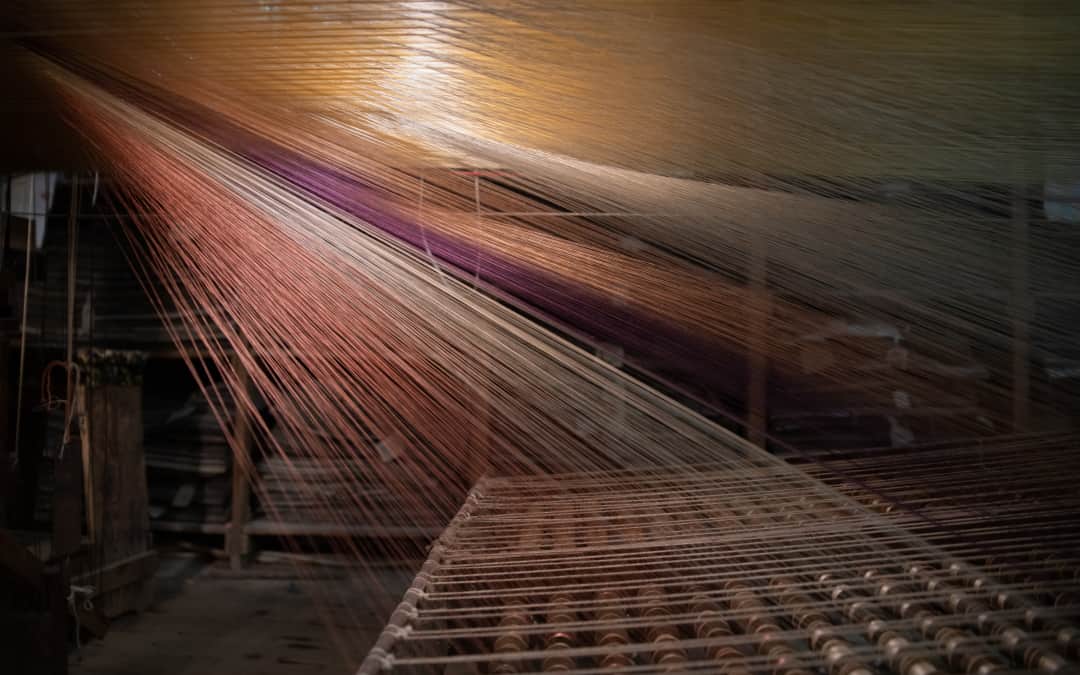 The Middle Ages is known as a dark period, but for weaving, it is a time of great improvement, both in the tools and in the materials employed by weavers. Indeed, during these centuries Europe saw the beginning of silk fabric production: a real revolution.

Which Looms Did Medieval People Use?

During the Middle Ages, there were mainly two types of looms used.

The warp-weighted loom, or vertical loom, in which clay or stone weights were used to keep warp threads taut. It appeared in the Neolithic period and was still popular among the Greeks and Romans. It continued to be used in the Middle Ages for the production of tapestries.

In the 13th century, it was equipped with a treadle, which made the weaver’s work easier, despite the fact that its structural characteristics and processing procedures did not allow for the production of large fabrics or the use of very fine yarns.

The horizontal loom was already known in ancient times and used for millennia by the Egyptians (from 4000 B.C.) and the Romans for the production of simple fabrics.

It was in the 12th century that this loom evolved into a more complex “drawloom” which required one or more workers (drawboys) to operate the lashes in addition to the weaver. Indeed, thanks to this drawloom, weavers could produce longer and wider fabrics, and create complex patterns with more elaborate designs, rich in details and colors.

But besides these advances in technology, another innovation was coming: a new kind of thread.

Production of Silk Fabrics in Europe: The Origins

Wool and linen dominated weaving in the Middle Ages. At least until the 12th century, when two new materials spread widely across Europe, cotton and silk, both coming from the East.

Romans already knew silk from the 1st century B.C., but it was a particularly precious material which only a few could afford because of the difficulty in finding it since it was imported from China and the Byzantine Empire.

During the 12th century, with the Second Crusade (1147), the Norman king Roger II of Sicily decided to attack Corinth and Thebes, two important centers of silk production in the Byzantine Empire. Here he discovered and took back to his Kingdom of Sicily the techniques and craftspeople to produce silk, which would later reach Lucca and other Italian cities. 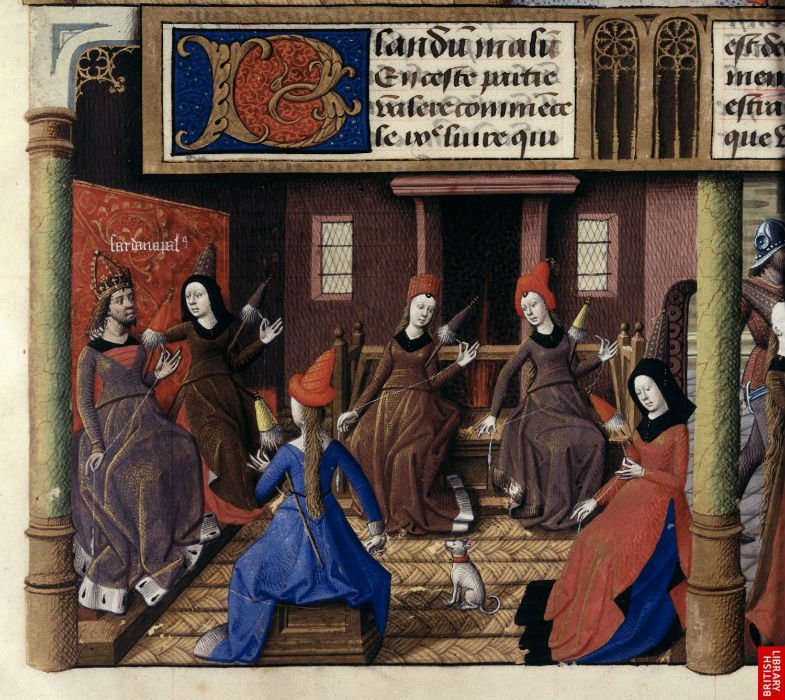 The First Silk Weavers in Venice

Venice too, thanks to its privileges in trade with Byzantium, developed silk weaving in the 11th century, initially for simple fabrics. A legend traces the evolution of silk weaving towards more complex and precious fabrics, to the meeting between Emperor Henry IV and a Venetian lady he had fallen in love with. And to whom, as a gift, he left a silk cloak made by his Greek tailor, an expert weaver.

In 1265, the production of samites, silk fabrics of Persian origin, very heavy and of great value, spread to such an extent that an ad hoc corporation was created: the Art of Samiteri.

A New Status Symbol in Europe

The rise of silk weaving in Europe, therefore, started a real revolution:

Due to these reasons, the number of silk fabric manufacturers increased rapidly in Venice during the Middle Ages, specializing in different types of precious fabrics: brocades, damasks, lampas, satins and velvets.