The Spirit of Tradition 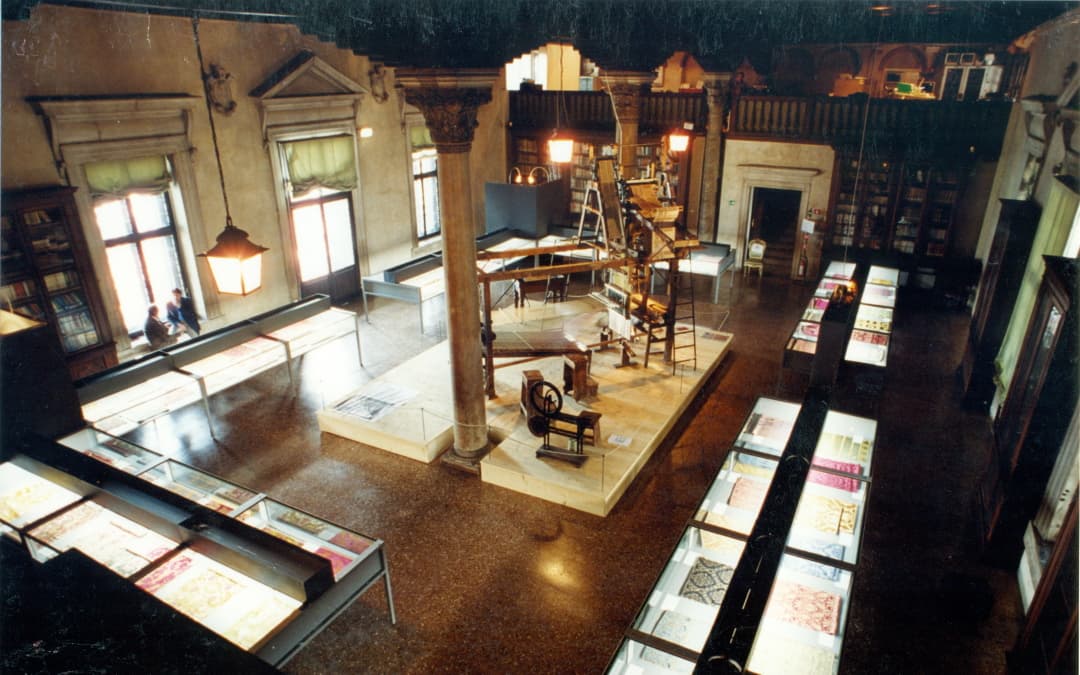 In 2004, Palazzo Ducale in Venice hosted an exhibition dedicated to our fabrics, under the title “The Spirit of Tradition. Eight Centuries of Venetian velvets at the Tessitura Bevilacqua”. On display, in addition to antique fabrics, there was also an original 18th-century loom, still in working order.

Our Venetian Velvets on Display

A catalogue edited by Doretta Davanzo Poli, art historian and professor of textile history at the University of Venice, has captured the essence of the exhibition. The title “The Spirit of Tradition”, traces a path through the history of Tessitura Bevilacqua. It tells not only what the eighty fabrics exhibited in 2004 – all of them belonging to Tessitura Bevilacqua’s Historical Archive – represent, but also what the role of velvets in Venice is. 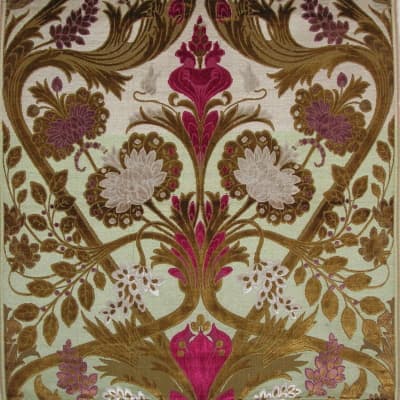 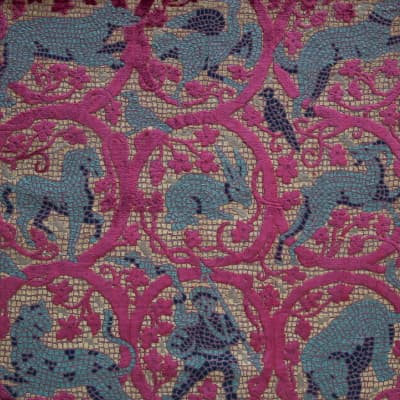 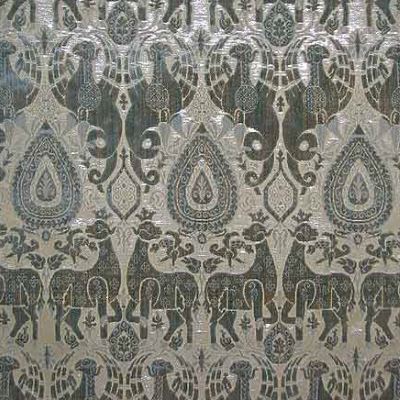 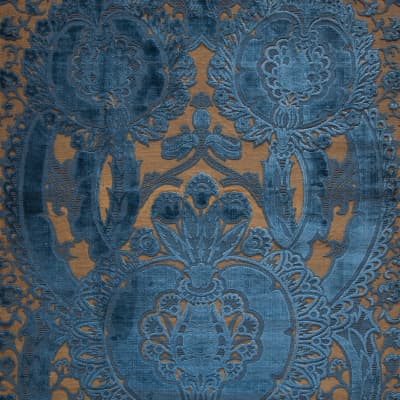 The Charm of an Antique Loom

A jacquard loom was also set up in the Sala del Piovego. Disassembled in our historic headquarters on the Grand Canal, it was then carefully rebuilt, piece by piece, right in the center of the room, to stress its importance. It’s a majestic machine that became the focus of the exhibition. But just as a musical organ remains mute without an organist, so too this complex and sophisticated device comes to life thanks to the weavers.  Mariella, who has worked with us for 50 years, wove the Piovego soprarizzo velvet during the exhibition. She created an amazing dance, made of precise, rhythmic, repetitive movements, full of vigor and grace at the same time.

The Weaving of a Soprarizzo Velvet

A fascinating video, shot during the event, shows us the massive loom with the weft ground threads lying horizontally. They meet with the “pile” warp threads which start from hundreds of spools placed on the bobbin rack (cantra) below, held in tension by small weights. An exceptional helper, our technical director Emanuele Bevilacqua, checks the progress of the perforated cards of the Jacquard machine, placed on top of the loom. They allow the automatic movement of the individual warp threads and therefore the creation of the elaborate velvet’s designs.

Mariella operates the treadles to raise and lower the warp threads creating the shed to pass the weft through, forming the weave of the fabric. Like her assistant Ilaria, she inserts special rods to obtain both cut and curly hair. The former have a square section, with a groove along which Mariella quickly slides a blade to cut the pile, while the latter have a round section and are only removed. Then, with a sharp blow of the beater, Mariella pushes the last weft firmly against the already woven piece.

These are the steps that have been repeated for centuries to transform endless wefts of iridescent silk threads into magnificent velvets, true works of art whose production costs are very high because in a day’s work only a few tens of centimeters of velvet are made, and the mere setting up of the thousands of threads requires from one to several months of work. The following video will allow you enjoy this unique and magical experience.