How did our history as Italian fabrics manufacturers begin? 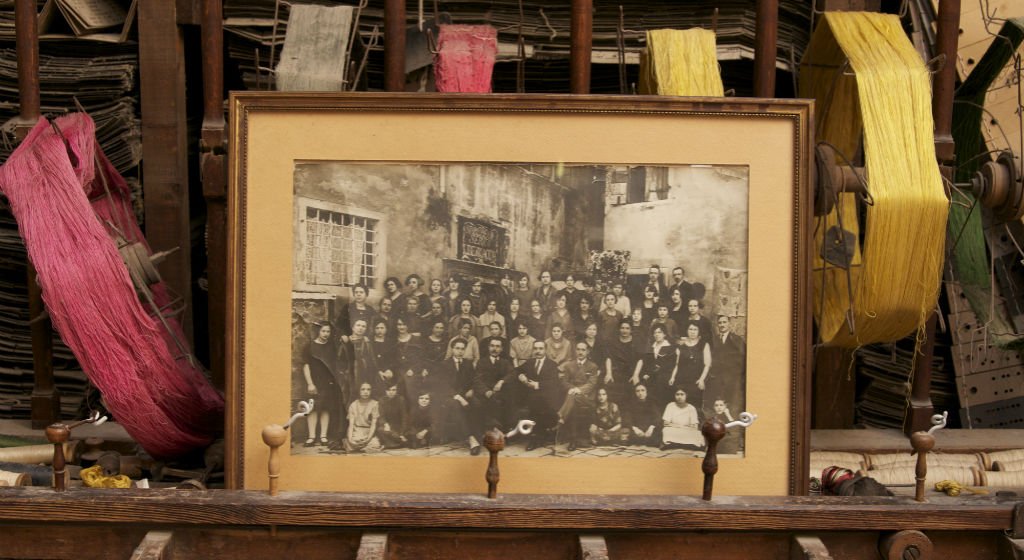 How did our history as Italian fabrics manufacturers begin? We’ve already brought up this topic in some of our old posts. What you maybe don’t know, yet, is who were the first members of the Bevilacqua family who managed the fabric mill.

We’re going to tell you this story with one of the pearls you can find in our building, in the Santa Croce district of Venice. It’s a certificate which often goes unnoticed by visitors. But it lays bare quite a lot of things about our past.

The old certificate you see in this picture dates back somewhere between 1892 and 1895. Indeed, in 1892 the fabric mill moved to Palazzo Labia. A short digression: the company was born in 1875. So, where was it located, during the 17 years before it moved headquarters? In a building along Fondamenta San Lorenzo, at number 5047, which had previously been occupied by the L. Bistort textile works. Let’s go back to our certificate. Which cannot have been written after 1895, because that’s when Giovanni Battista Gianoglio decided to retire. And to leave the company entirely in his associate’s – i.e. Luigi Bevilacqua’s – hands. That’s what’s written on it:

But why is this certificate so important? 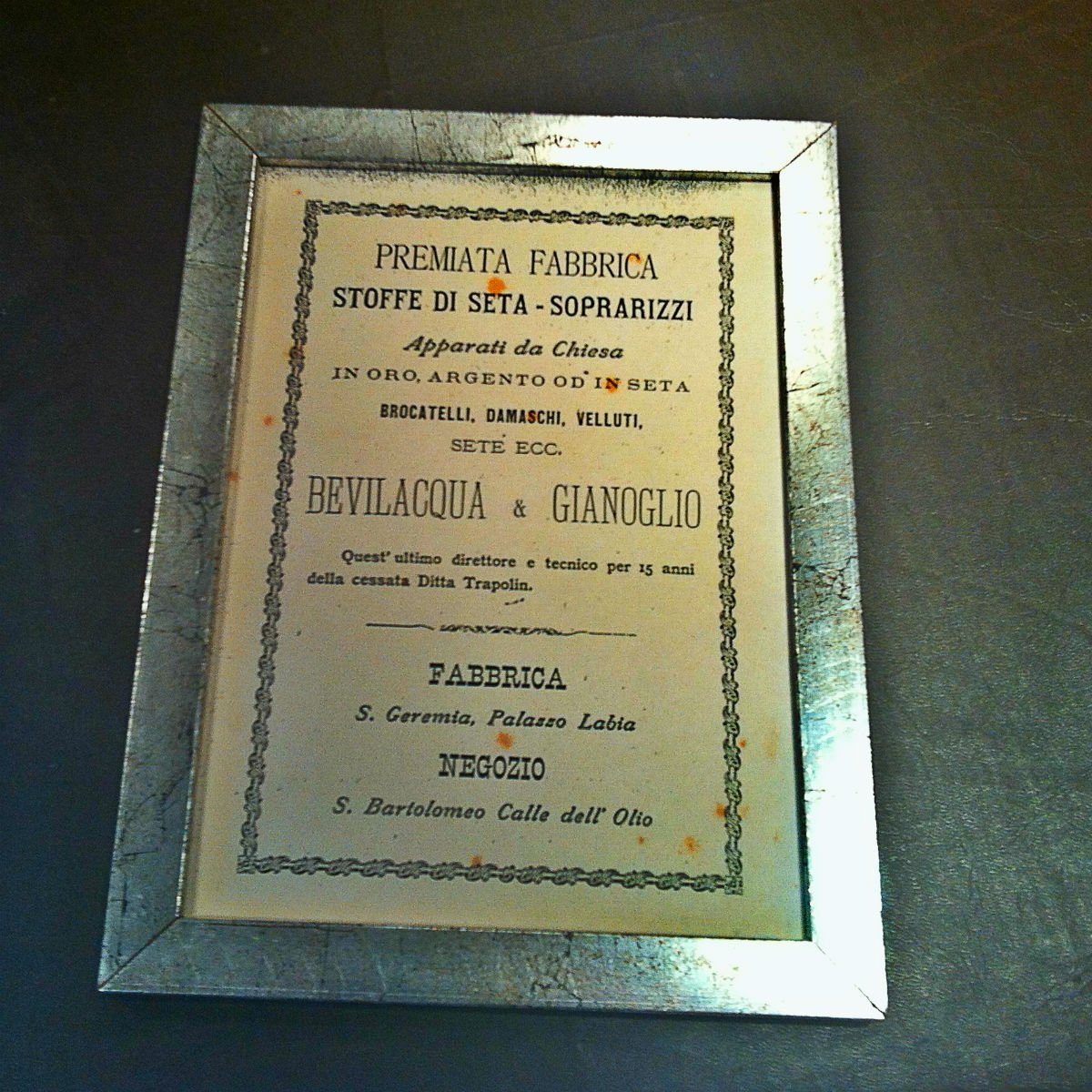 Because this simple piece of papergives us the following information on the Tessitura:

The name Bevilacqua had indeed been heard in the world of fabric manufacturers since the 15th century. But all credit for turning it into an actual company goes to Luigi. And to his children, for the idea of making it a worldwide known firm. Luigi’s children were seven. But here we’re only interested in three of them:

But there’s one last brother we should mention: Cesare, the grandfather of today’s owners. He came on the scene later, he was younger than the others. But in 1908 he had already provided a basic input into the fabric mill’s future: he got married. His wife was a Swedish Countess, Glenny Charlotte von Redlick. Thanks to her, the Tessitura Bevilacqua made a name for itself in Sweden, too. This led to two important consequences:

Join our newsletter to access our ebook "Velvet Production" 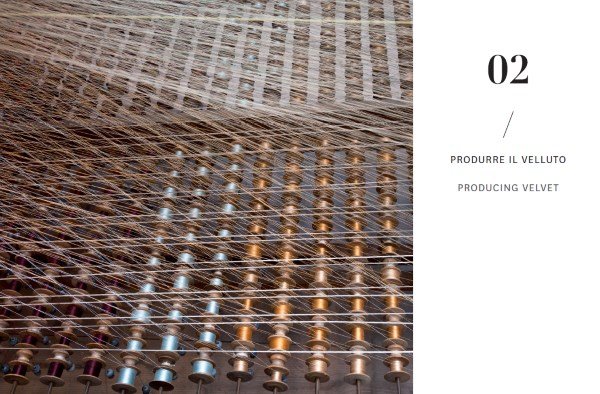