The “Sala Del Piovego” in the Doge’s Palace: A Piece of Venice’s History 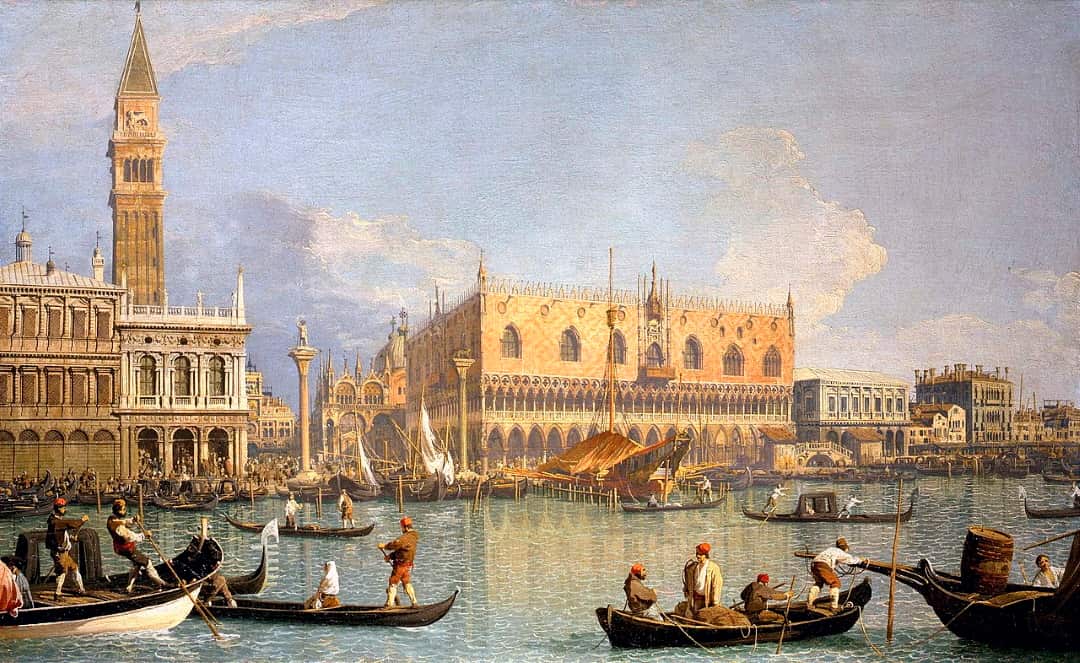 The Doge’s Palace, called Palazzo Ducale in Italian, was the symbol of the power of Venice since its foundation in the 9th century. It housed the political institutions of the Republic of Venice, which included the Doge and the Magistracies. Among the latter, that of Piovego had a leading role and a chamber worthy of its rank.

A Space with a Vocation Towards Representation

The Magistrates of Piovego, i.e. of the public, were in charge of administering public goods such as water, canals, land and communication routes, but also of expanding them, by granting permits to private individuals to reclaim state property and develop them. Their role was of great importance for the urban development of Venice, and so were the location and the size of the space intended for their offices: the Sala del Piovego.

Located on the floor of the loggias of the Doge’s Palace, the large room has an irregular, rectangular-like shape and four Greek marble columns cross it centrally. One of the longest sides faces the inner courtyard of the Doge’s Palace, while the opposite side has the most spectacular view because it overlooks the majestic St. Mark’s basin. Palladio, called upon to reorganize the spaces of the Sala del Piovego to adapt it to a more representative role, highlighted this side with a portal in the mid-16th century.

Centuries of History Inside the “Sala Del Piovego”

The function of high representation of this room was perhaps at its peak at the time of the Doge’s death. His body, embalmed and wrapped in a gold cloak, was exhibited to the public in this hall for three days before the official funeral. During these days of mourning, some of the most eminent nobles who attended the funeral chamber wore scarlet red robes, like the highest government offices, to signify that the death of the Doge didn’t prevent the republic from continuing to exercise all of its functions.

Moreover, in the Sala del Piovego, a custom used to take place with an apparently playful tone, but full of political significance. On Fat Thursday, wooden models of small castles resembling the forts of Friuli were placed inside the room. On that day the Doge and his councillors knocked them down with maces, in memory of the victory and humiliation that the Serenissima had imposed on Barbarossa’s allied enemies from Friuli in 1164.

Over time, the Doge’s Palace and the Sala del Piovego have hosted various events and people: administrative headquarters after the fall of the Serenissima, then Court of Appeal, then Biblioteca Marciana. Eventually, at the beginning of the 20th century, the complex was entrusted to the Municipality of Venice and is now home to a splendid museum. At the same time, the Sala del Piovego is still a prestigious venue for conferences and exhibitions. Our Tessitura also hosted an exhibition entitled “The genius of tradition. Eight centuries of velvets in Venice: La Tessitura Bevilacqua” in this room in 2004. This event allowed visitors to retrace our history through 80 exhibited velvets, part of our historical archive and to live the experience of manual weaving, thanks to the presence of one of our 18th-century looms. But we’ll soon talk about this in a new article. 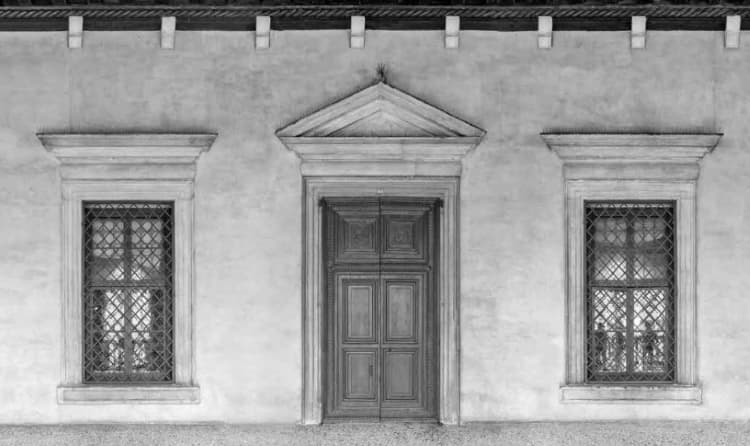 Sala del Piovego – portal and windows of the Palladian façade