The tales of our “veludere” 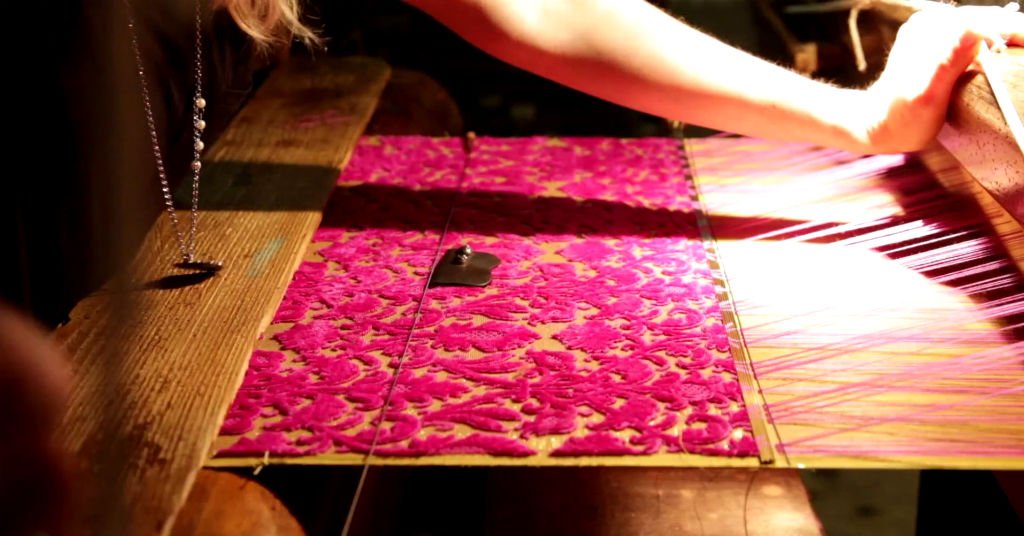 Who’s the veludèr, in Venice? The craftsman who weaves velvets. At Tessitura Bevilacqua there are six, and they’re all women, so veludere. They’re the protagonists of the video directed by Angela Colonna and whose title is indeed “Veludere”. Here’s what they’ve told us.

Production of velvet: the opinions of our weavers

Venice began producing velvets during the 14th century, and little by little this became one of the most important industries in the city, involving more than 6.000 looms and thousands of people. Together with Lucca, Genoa and Florence it was indeed one of the centres that supplied fabrics to all European cities.

After the golden age of Renaissance, the Republic of Venice fell and mechanical looms spread everywhere: as a consequence, this industry declined. So now Venice only has 6 weavers who can produce velvets on handlooms: Bevilacqua’s veludere.

In the video you find at the end of this post, they tell what being part of this tradition and weaving velvets by hand means to them: it’s like witnessing the birth of a work of art.

I think of it as a son, because it’s something we make with our own hands. Even if there’s a card that moves its threads, in the end we’re the ones who create it and get the final result.
Silvia
These were Silvia’s words, but in the video you’ll hear the stories of Mariella, Chiara, Carlotta, Gloria and Ilaria, too – the transcripts are at the end of the post. And you’ll see what’s inside our fabric mill, of course, and how these weavers: 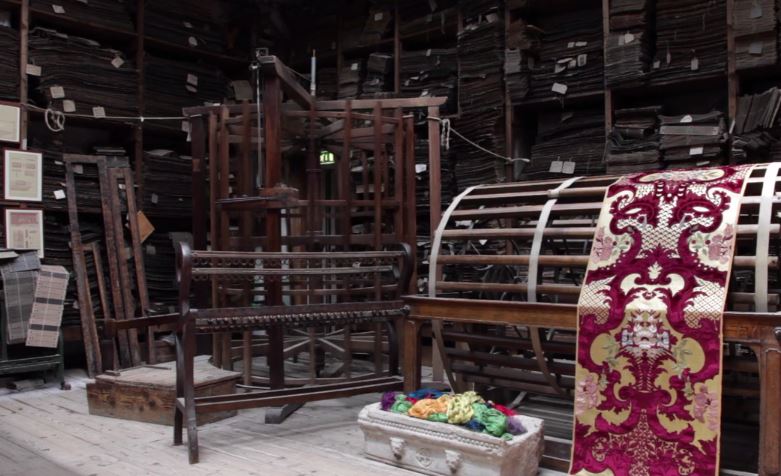 The video was ideated, directed and edited by Angela Colonna. It was part of the project NARIAS – Narratori delle Innovazioni Industriali, Artigianali e Sociali (“Narrators of Industrial, Artisanal and Social Innovations”), developed by the Management department of the Ca’ Foscari University in Venice in 2016.

The project aimed at meeting the need of Venetian companies to give an account of their production and roots. Which, for our Tessitura, date back to centuries past, like the looms we use.

Through her video, Angela Colonna has managed to explain all of this using images and words. And she’s shown the love that binds our weavers to the fabrics they make, the difficulties they face and the importance of training new weavers.

But let’s not keep you waiting any longer: here you are the video, which has received the Award “Venice a city” and the Award for “Best Cinematography” of the Videoconcorso Francesco Pasinetti, on its 14th edition!

The voices you hear in the video have been translated here:

You need to love it and you need to keep attention, a lot of attention; and be patient, very patient. If you can’t, this is not the right job for you.

Special. Unique, because we’re the only ones that make it. I’d call it “beauty”, because it’s a fabric that opens your heart when you look at it.

It seems alive, it’s a work of art, for us who produce it. I think of it as a son, because it’s something we make with our own hands. Even if there’s a card that moves its threads, in the end we’re the ones who create it and get the final result. We have it at heart, we take care of it till the end of its production. I’d call it “love”, because it’s for love that we do this job. I’d call it “hate”, too, I don’t know how to define it… That’s it, it’s a labour!

It’s like transmitting love, because I tell you how I make it because I hope you can make it as well as I’ve learnt to.

Unique, of course, you can’t produce it anywhere else, not even mechanically. And shining, because light plays with its surface and changes its colours according to the direction it comes from. A work of art, that’s what it is.

Our strength lies in wanting to get a perfect result, if we can, or almost perfect, and in working on each millimetre of fabric.

It’s a sort of optical illusion: you think you see a certain colour, but if you move the fabric you see many others. But it’s not real, it’s just an illusion created by light.

I was 12 when I started working here. And I’ve made so many fabrics, damasks, brocades, soprarizzo velvets… a bit of everything. Now I’m 74, but I’d still be strong enough to work here, I liked it so much, I’ve always loved this job.