The Silk Guild in Venice: the first weavers

Venice leaded the silk manufacturing until the 18th century. But have you ever wondered how it reached this position? Or how the production of silk fabrics started here?

You’re about to find out.

Some time ago we told you a legend on how silk reached Venice: the main characters were the emperor Henry IV and a Venetian lady he had fallen in love with. And to whom, as a gift, he left a silk cloak made by his Greek tailor.

In legends, they say, there’s always a bit of truth; and this is no exception. Venice, indeed, imported sericulture from the Byzantine Empire, probably after the siege of Constantinople in 1204. The very same occasion when Venetians took a special souvenir: the 4 horses placed on the façade of Saint Mark’s Basilica.

Some years later, in 1265, an important document was released by the Republic of Venice: the rule of the Samite Weavers Guild (Arte dei Samiteri). It’s not a coincidence that their name is connected to the word “samite”, an extremely heavy silk fabric, worth a king’s ransom. And it was indeed a fabric fit for a king, since it could even contain gold threads.

But this guild wasn’t only interested in these fabrics coming from Persia: it produced brocades, damasks and satins, too. Their church was the church of the Gesuiti and their patron saint was St Christopher. But since 1347 they had to share their church with another guild. 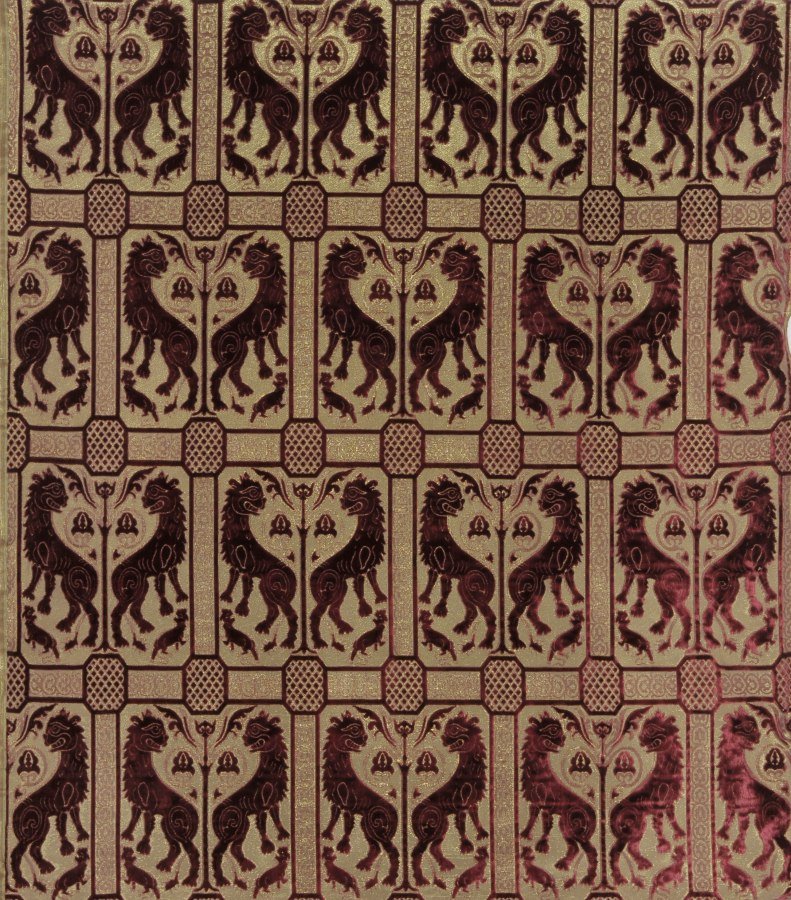 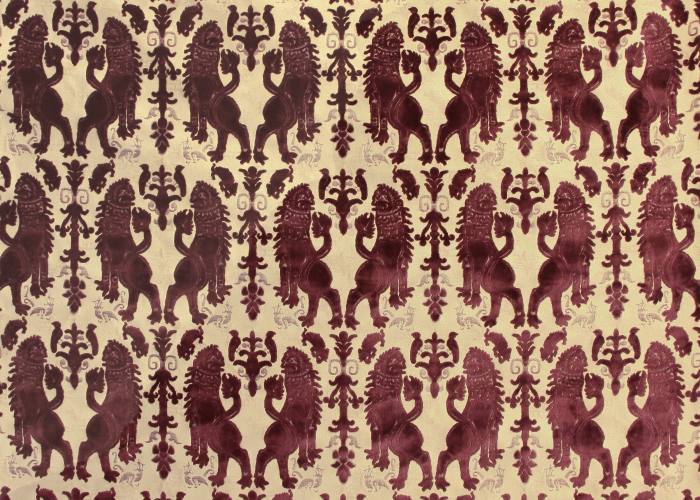 The Velvet Weavers Guild and the weavers from Lucca

Velvet arrived in Venice later than samites, in the 14th century. But it wasn’t long before Venice got an exclusive control of its production and trade: that’s why by 1347 velvet weavers (Veluderi) already had their own guild.

Some years before, around 300 people – spinners, weavers, dyers, among others – from Lucca found shelter in Venice while running away from their city, due to political reasons. They had settled down in an area located between the chiesa dei Santi Apostoli (“church of the Holy Apostles”), Calle della Bissa, and the churches of San Giovanni Grisostomo and San Canciano.That is, just a few hundred meters from the church of the Velvet and Samite Weavers. And, since 1360, they had their own guild, the Court of Silk (Corte della Seta).

But the competition with other countries and in the city itself risked putting an end to the economic growth of Venetian fabrics. So on the one hand the government issued some laws to control all textile guilds – already in 1366 -, on the other the three uilds decided to merge with one another.

The Arte dei filadori de seda was born in 1488 and had its headquarters at first in Campo dei Gesuiti, then in the Scuola Vecchia della Misericordia.

Just to give you an idea of how important silk manufacturing was for the city, let’s take a look at some numbers:

But the world of Venetian silk fabrics involved common weavers – women, too – who worked in their cottages. It was, then, a booming field, offering an occupation to many people: that’s why the rules regulating the Silk Weavers Guild were so many and hard.

But these rules played a fundamental role in determining the success of the fabrics made in Venice.