The fruit medieval fabrics loved most 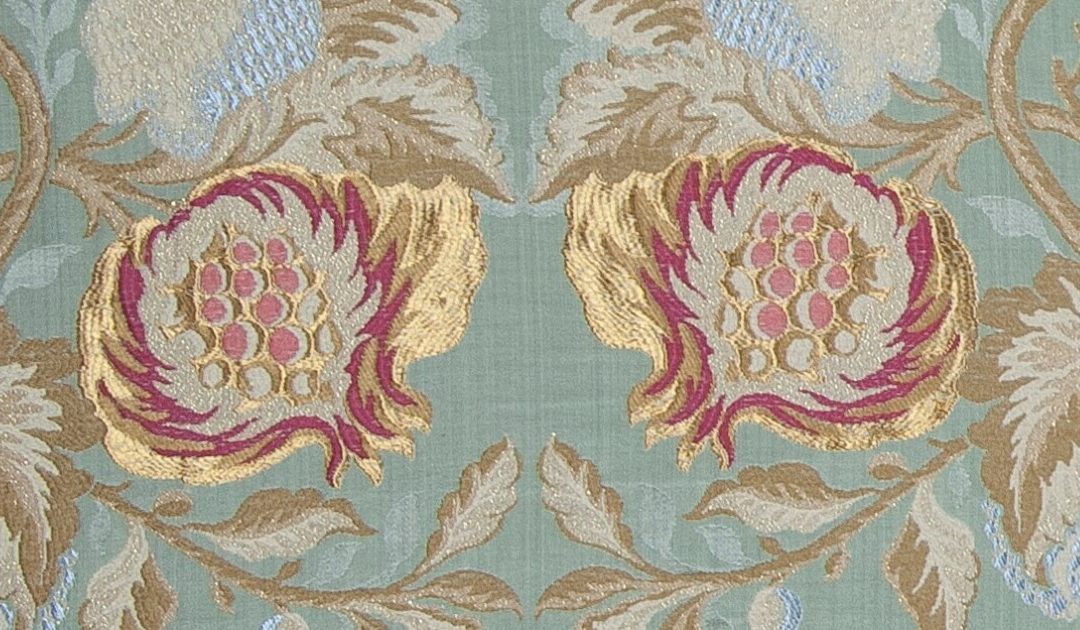 There’s a fruit that became one of the most popular Italian fabric designs in the Middle Ages, and during the Renaissance, too. It’s the pomegranate, which you can find on silk fabrics such as velvets and lampases, either as a stylised or realistic figure. But why was it so deeply beloved by the wealthy?

The symbolic meanings of a fabric design

We’ve already told you about the pomegranate pattern in the article on Renaissance fabric designs. As a matter of fact, though, this pattern had already materialized at the end of the Middle Ages, during the 14th century, when merchants began importing fabrics showing this pattern from the Ottoman Empire, most of all into Venice.

The fruit wasn’t new to Europe, though: Greeks and Romans knew it very well, since they imported it from the Middle East, and it was one of the most inviting – and exclusive – delicacies in Medieval cuisine. But it didn’t turn into a popular fabric design simply because it was flavoursome and expensive. 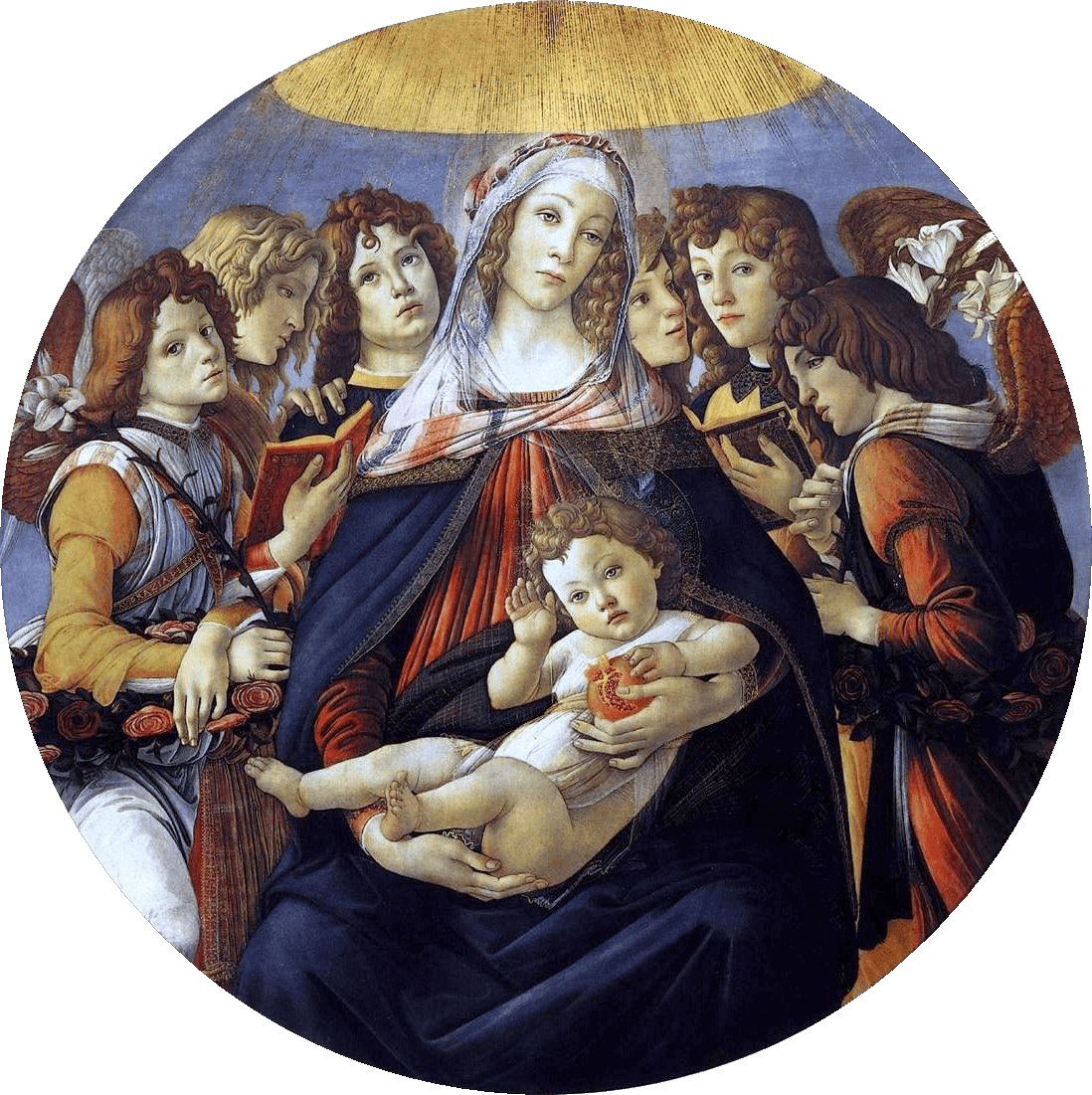 In short, the pomegranate motif was a meaningful one, perfect if you wanted to express your wealth and power.

A pattern for luxury fabrics and upper-class clothing

Take a look at the two paintings here below: the first one shows a young woman, portrayed by Antonio del Pollaiolo around 1465; in the second one, Agnolo Bronzino depicted Eleanor of Toledo in 1544. They both wear a gown where a – stylised – pomegranate pattern is visible, with a difference, though: whereas the former dress has this fruit only on the sleeve, on the latter there are pomegranates on the whole gown. Why? 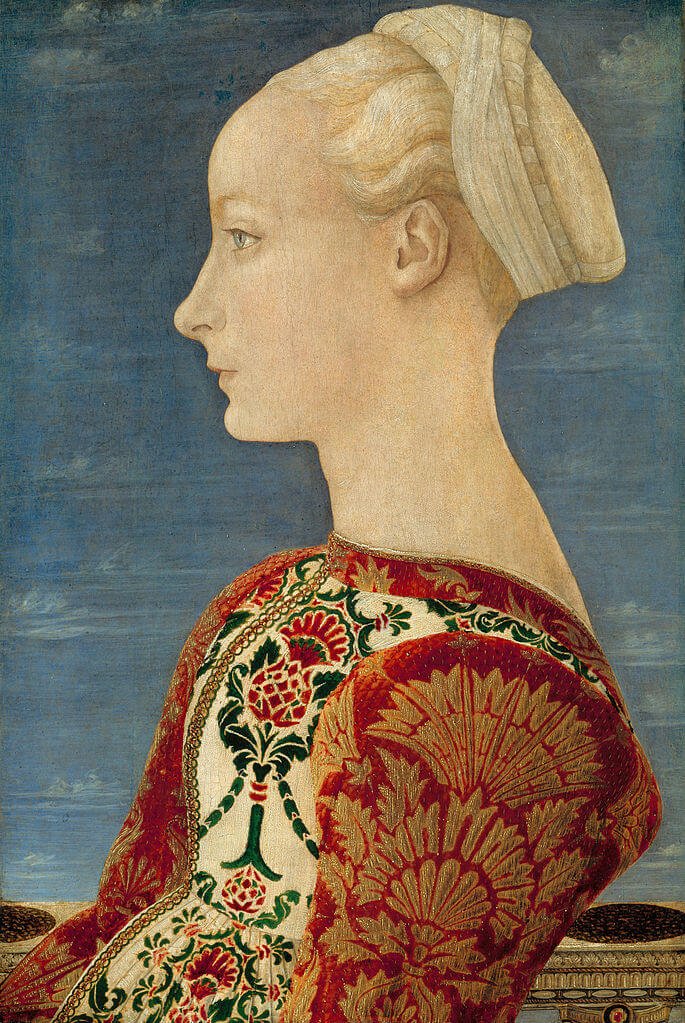 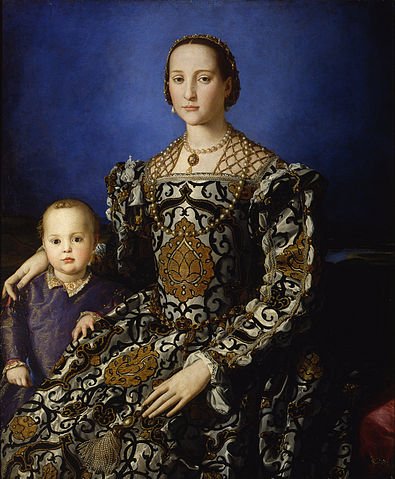 Agnolo Bronzino; Eleanor of Toledo and Her Son

Because these ladies weren’t equally rich and powerful, even though they’re both noblewomen: using a luxury fabric only on the sleeves of a gown, instead on its entire surface, was a cheaper yet prestigious solution.

Making fabrics with pomegranate motifs was indeed extremely complex, and therefore expensive: you just need to take a look at our Melograno lampas to get an idea of how many details they could contain. Producing them therefore took a long time and required highly skilled artisans.

Besides, these fabrics were often woven using gold threads, to make them even more precious. As well as perfect for communicating the greatness of whom wore them. 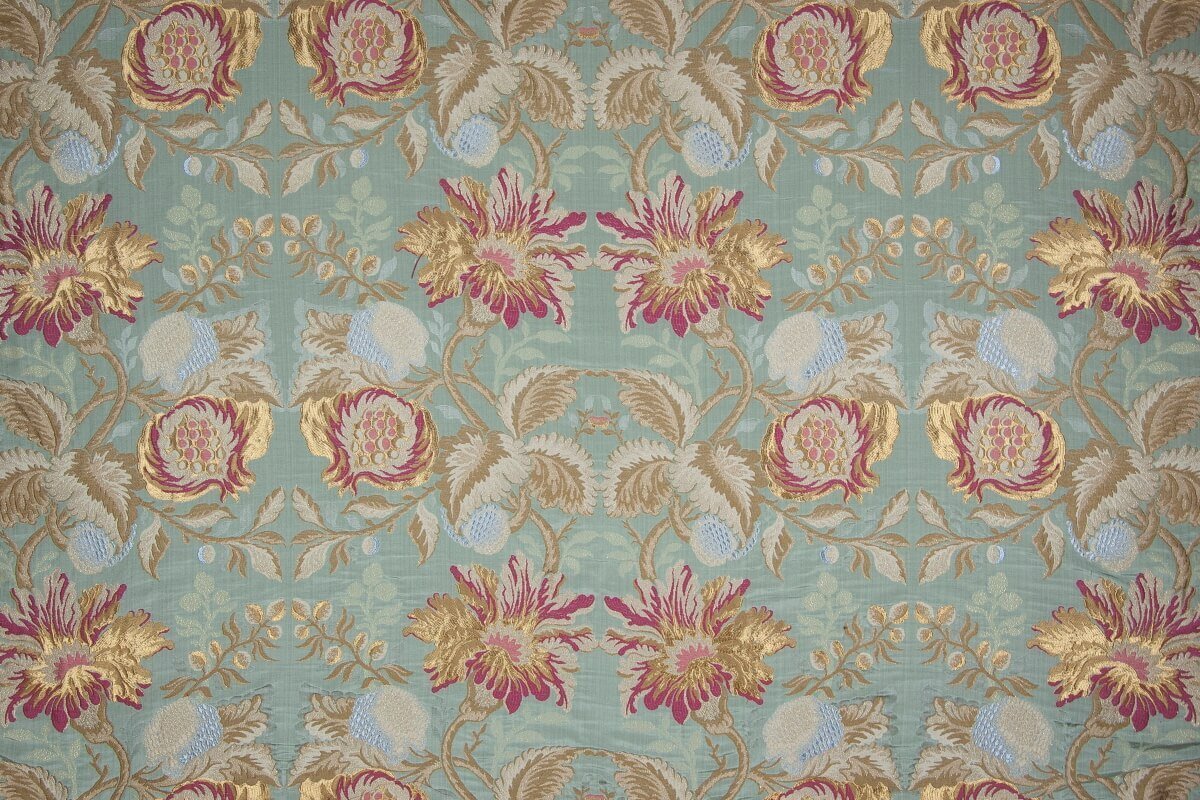