The golden threads of a centuries-old tradition 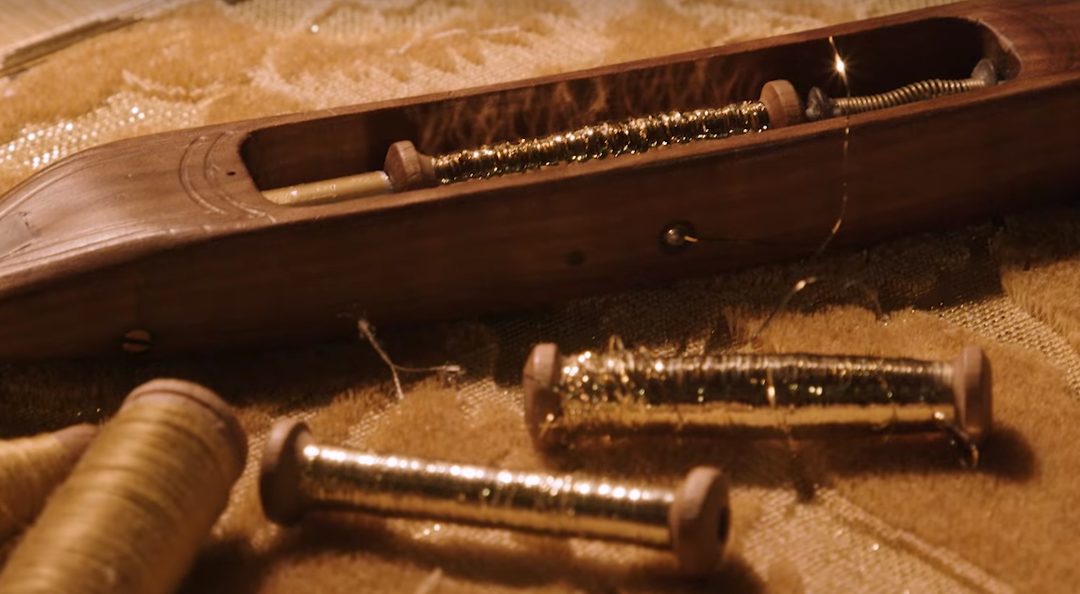 There’s another ancient tradition, related to weaving, which we’d like to keep nurturing: that of cloth of gold. We’ll tell you where it comes from and why this branch of Italian fabric manufacturing still bears fruit nowadays.

What’s the cloth of gold

The gold cloth is a luxury fabric for furnishing and clothing, made by interlacing silk and golden or silver threads. The production stages are the following:

But where does the gold cloth industry come from, and how did it get to Venice?

A short story of the gold cloth industry

The production of cloth of gold:

These fabrics, though, are produced even today.

Tessitura Bevilacqua and the fabrics with golden threads

Indeed, sometimes we do receive an order for fabrics containing real golden threads. 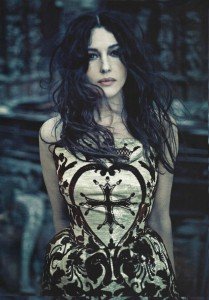 That’s what happened in 2012, when we made the dress you see in the pictures for Dolce & Gabbana. We’ve been collaborating with these stylists since 2000, and on this occasion they had chosen one of the patterns of our archive.

The motif you see on the dress worn by Monica Bellucci reveals where this brocaded velvet was originally used: for a church’s upholstery. The two Italian stylists chose it for a photo session – published on Vogue’s September 2012 release – dedicated to Italian haute couture, and to its relationship with the feature.

It’s definitely not a pret-a-porter clothing item – golden threads are quite heavy -, but it demonstrates that even Venice’s most ancient traditions can prove to be vital today, too.