A weaver in time saves nine 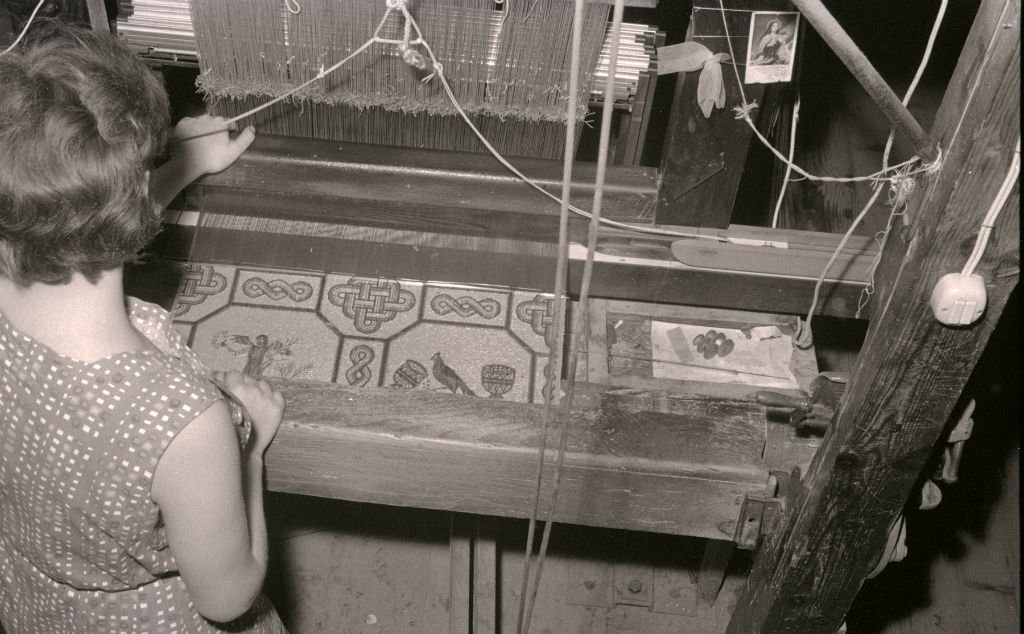 The 19th century is the time of industrialisation, in Italy and in Venice. A major economic and social reshaping remodelled the face of Italian handicraft. Production of high quality silk fabrics included.

Making the most of traditional manufactures 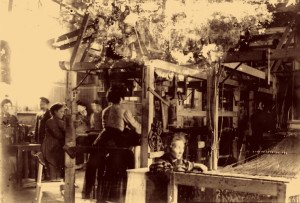 The 19th century, though, is characterised by Romanticism, as well: to its recovery of traditions, we owe the rebirth of traditional craft activities in Venice.

One of the manufactures saved from oblivion was weaving, which had experienced a serious crisis after the fall of the Republic of Venice, in 1797.

An element which contributed to this recovery was the Jacquard loom. After reaching the Veneto region towards the middle of the 19th century, this invention improved the chances of Venice’s textile production, because it made weaving faster and cheaper.

But the Jacquard loom led to rediscovering the value of fabrics made on handlooms, too: that’s how the Luigi Bevilacqua went over its knowledge on soprarizzo velvet again.

To produce it, though, the weaving mill needed skilled weavers.