Walking along the Silk Road 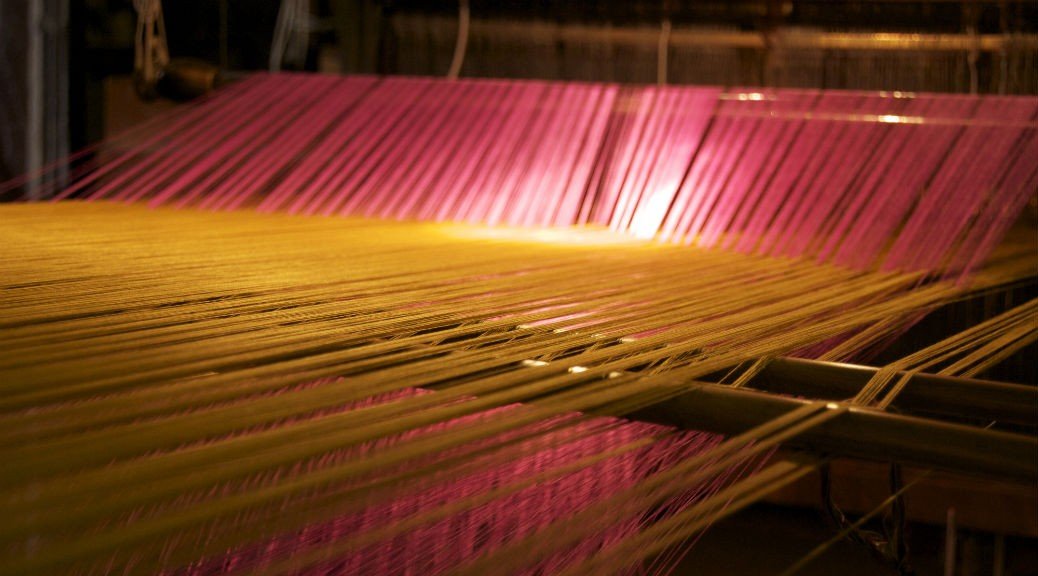 Lampasses, velvets, damasks and brocades have something in common, the core and secret of their preciousness. That something is silk, the raw material behind each of these fabrics. But where does silk come from?

From silkworms, you may answer. Of course. But silkworms, at that time, which means around 2700 b.C., were raised only in China, i.e. where silk industry was born. The stories of how silk became known in Europe and of how silkworms turned up there are both remarkable.

Had he still been alive, general Marcus Licinius Crassus would have told you he didn’t want to hear about the Battle of Carrhae EVER. Unfortunately, the richest man in Rome died precisely on that ill-fated day in 53 b.C.; the fight, which Crassus had sought out to become a commander as renowned as Caesar and Pompey, gave anyway the Romans the chance to bring home a treasure: silk.

The banners the Parthians wielded were indeed made of this precious fabric, which was still unknown to the Romans. But from that moment on it started being imported from China. The Roman Empire and China, though, never had a direct contact to each other: exchanges were made possible by the merchants of the populations settled between these two empires. But Romans were well aware of the fact that it was the Seres, i.e. the Chinese, who manufactured the lanicio silvarum, as Pliny the Elder called it (Naturalis Historia, VI, 54). Which means “wool of the woods”. Romans, in short, didn’t have the foggiest idea how silk was produced.

But, then, how did silkworms end up in Europe?

Thanks to two monks, whom the emperor Justinian I sent to China in a secret mission, in order to get silkworms. Step by step silk production led off in Europe, but this didn’t result in stopping the comings and goings along the Silk Road. Or, maybe, “Silk Roads”, given that this wasn’t a single road, but rather a tangle of paths connecting East Asia, especially China, to Europe and the Middle East. And one of the first Westerners to reach China following the Silk Road was Marco Polo (1254-1324). 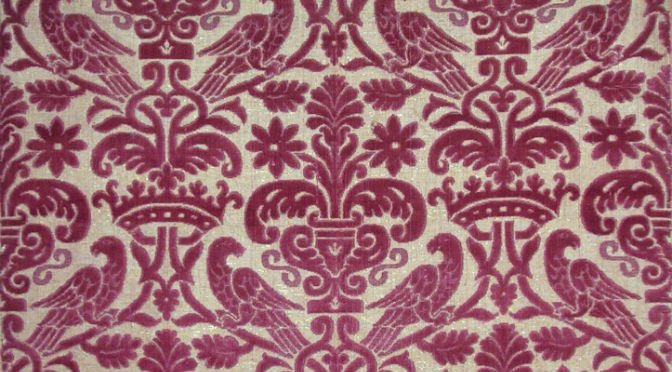 Soprarizzo velvet with a typical motif of the 16th century.

During his travels, Marco Polo collected precious objects and, first of all, fabrics which made him reach back in Venice, his homeland: what made the fortune of merchants in Venice, Florence, Genua and Lucca were, indeed, textiles. That’s how Venice turned into a major centre for silk production which, in Italy, shone in its fullest splendour in the 16th century.