Venice and Istanbul: enlaced relationships unravelled by an exhibition 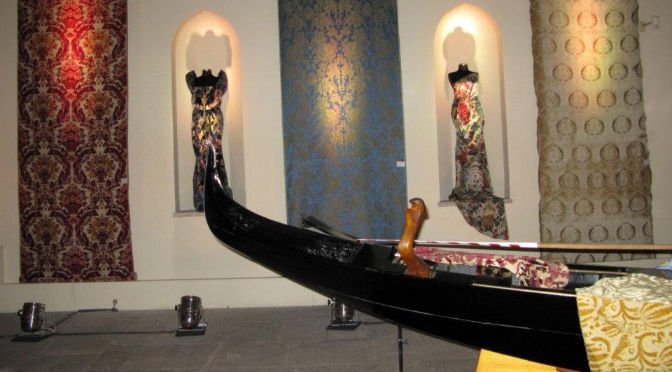 This is one of those stories where you can hardly tell the pupil and the teacher apart: the Venetian and Ottoman fabric manufacturies are as interwoven as the patterns of the fabrics they exported and imported, due to their age-old cultural and commercial comings and goings. And this is what the exhibition Venice and Istanbul: A glorious woven relationship tried to portray: the eight hundred years of interplay in textiles.

The pattern of the exhibition

The exhibition took place from November, 25th 2011 to January, 8th 2012, in the Imperial Stables of Topkapı Palace’s Museum, thus in a really meaningful place. The Topkapı Palace, indeed, hosts the Sultan’s treasure, which consists of the old imperial fabrics, too, many of which are Italian velvets, as well as some Venetian textiles. This is proof of the Sultans’ admiration for luxury Italian fabrics.

Closer inspection of the records kept by the Kazi, the officials in charge of applying the law and of accounting, reveals that Venetian and Italian fabrics were considered as luxury goods. And, although the textiles produced in Bursa, the capital city of the Ottoman Empire from 1326 to 1365, were just as refined, overseas fabrics were preferred to them. 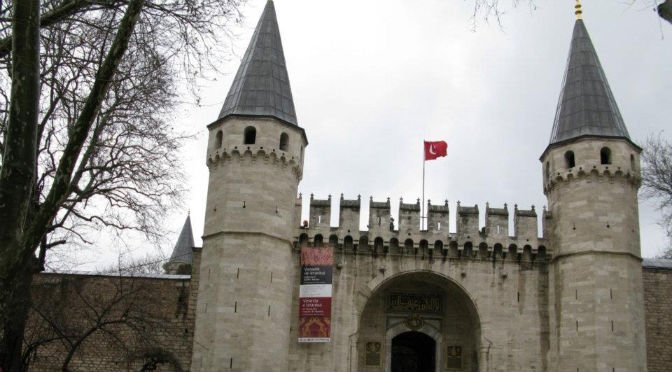 This is why, besides the 2 kaftans in Ottoman fabric of the exhibition, some shalwars and kaftans in Venetian velvet are exhibited, as well as one in Italian velvet, though their designs are Ottoman. The last mentioned aspect underlines the fondness of Turkish princes for the colours, gold and red, and for the texture of Italian silk, but witnesses to their will of keeping their traditions alive, too.

The history of the commercial and cultural relationships between Venice and Istanbul stretches from the end of the Middle Age to the modern age, thus providing evidence to the possibility of overcoming cultural differences, even though large. The two lands shared a common interest in economic development, in order to grant which joint rules were required, and ultimately fixed, after the first contacts in the middle of the 14th century.

During the whole 16th century, Venice therefore imported from and supplied the Ottoman court with glass objects, gold jewellery and, of course, luxury fabrics. As the exhibition at Topkapı Palace shows, Venetian fabrics were decorated with Ottoman patterns, or became the source of inspiration for renewing traditional decorations. Ottoman fabric manufacturers used a textile which could fit even the motifs typical of another culture, in a garment, the kaftan, whose simple cut is aimed at setting the fabric apart. It’s the quality of the fabric that defines the prestige of the one who’s wearing it: sometimes clothes do make the man.