Velvet has a timeless charm thanks to its unique softness and vibrant colours. It’s a fabric that requires a refined manufacturing process because its pile is obtained by an additional warp, raised during weaving using special needles and cut gradually to create the pile.

It was born in the Orient in the 13th century, but the leading world producers became the Italian cities of Venice, Lucca, Florence, Genoa and Milan between the 15th and 17th centuries.

For centuries, it has characterized palaces’ furnishings and the clothes of the most privileged classes, as well as liturgical vestments. 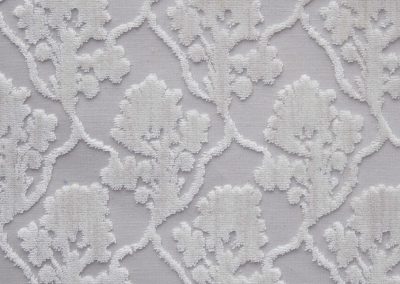 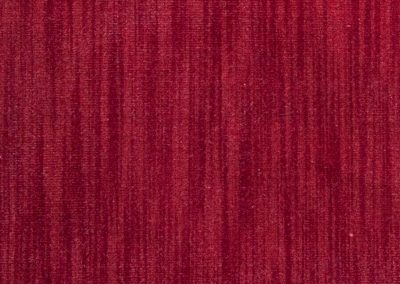 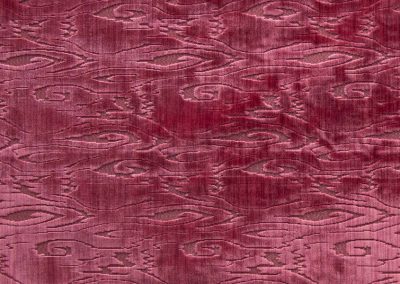 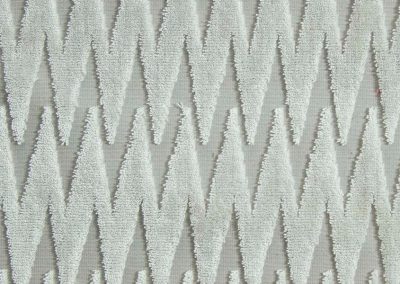 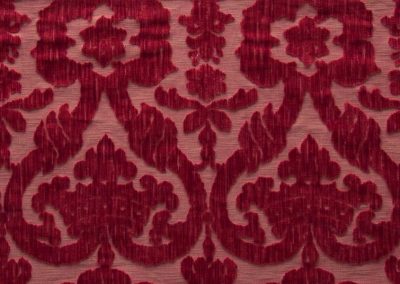 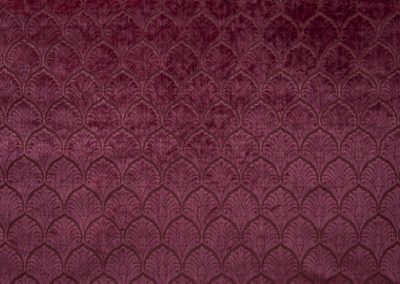 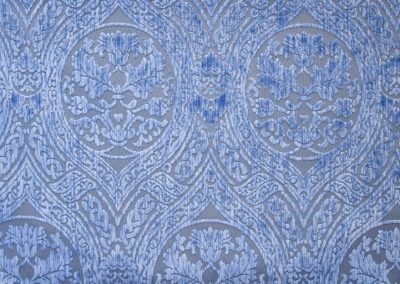 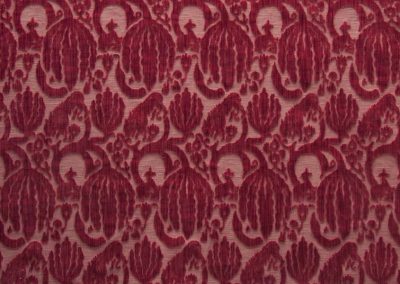 The velvets offered in our catalogue include motifs that are part of our Historical Archive and date back to different historical periods.

You can choose between modern and geometric designs, such as Radica, Zig Zag, and Onda, or classic ones: Casa Bianca is the neoclassical design also used in the residence of the President of the United States; Da Vinci reflects a Renaissance style and depicts the knots invented by Leonardo Da Vinci; Caccia is an even more ancient motif, dating back to the 14th century, which combines sacred symbolism and oriental style botanical elements.

The History of Velvet

Velvet was born in Europe in the 13th century, more precisely in Palermo and Venice, and later it flourished in Lucca, Florence and Genoa. The origin of this fortunate fabric can be found in the ancient oriental shamites. Venice got to know these fabrics thanks to its trade with the East and, in the 14th century, it became the top producer of velvet and soprarizzo, an exclusive velvet that we still make today, manually, on looms of the 18th century.

The main characteristic of velvet is its thick pile, which corresponds to the second of the two warps used in weaving, the warp of pile, while the other is the ground warp. The creation of the velvet is made by inserting a few needles under the warp of pile.

The mechanical looms used to make velvet were invented by Joseph-Marie Jacquard in the 19th century.