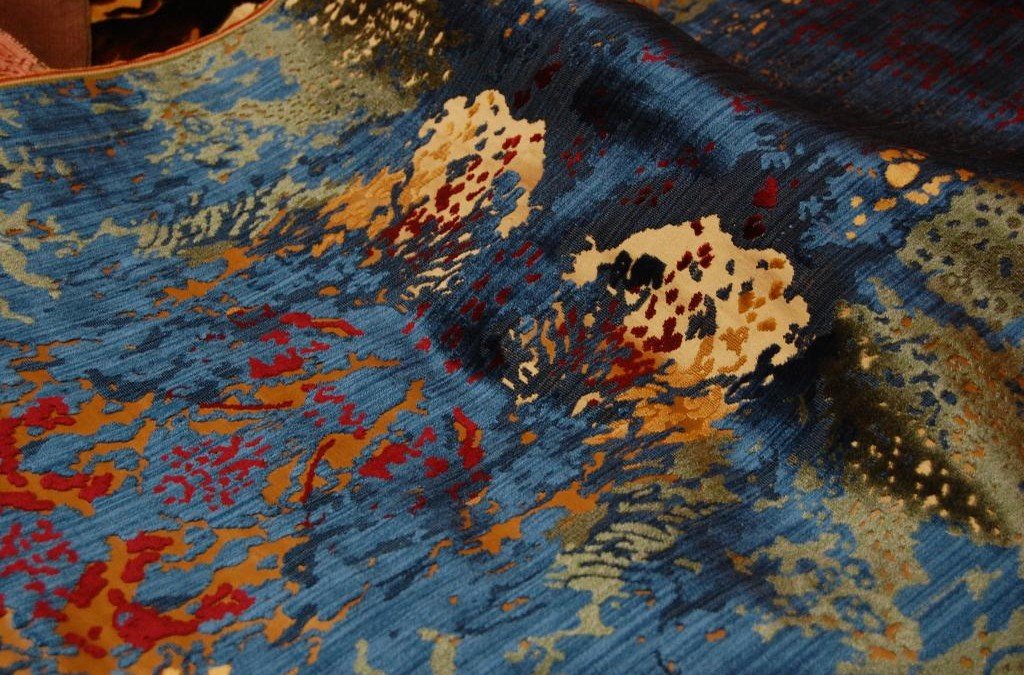 A garment which can protect and give strength to whom wears it, being both as natural as a second skin and as shielding as an armour: this is the mission which the young – she was born in 1985 – stylist Yiqing Yin has chosen to draw inspiration from for her creations. One of which is made of a velvet that was handwoven at Bevilacqua’s.

A young new name in the world of fashion

Beneath the pleats of her varying, never unmoving works, one can catch a glimpse of Yiqing Yin’s story, as well. In her own words, her clothes are a safe haven where she could take shelter in, a landmark in her constant travelling from one country to another since she left China at the age of four, before she eventually settled down in France.

And here her star in the world of fashion rose pretty soon: after graduating at the Ecole Nationale des Arts Décoratifs in 2009, she was appointed the Grand Prix de la Création of Paris in the same year and, just 3 years later, became a member of the Chambre Syndicale de la Couture Parisienne, and as such her clothes can therefore be paraded on the catwalk of the Haute Couture Fashion Week in Paris. One of her dresses for the Winter-Fall edition in July 2013 was realised collaborating with Bevilacqua: the dress was Ophélia. 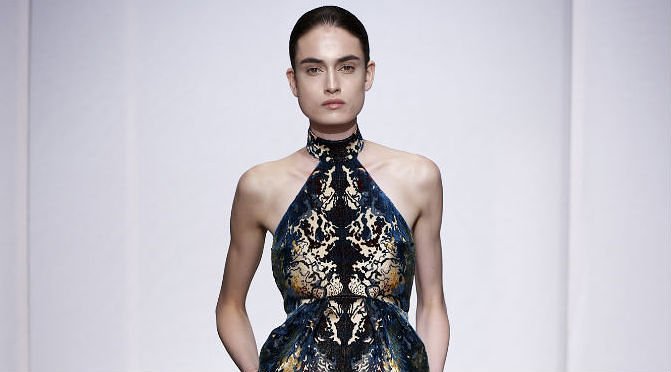 In Shakespeare’s Hamlet, Ophelia’s story is tragically bound to the themes of flowers, nature and water. The colours of the dress named after this character adhere to those of the tragedy: the green background is studded with blue and other colours, thus evoking a pattern which can lead the watcher into a dream, just as the rest of the collection.

The threads that Yiqing Yin’s clothes have in common, though apparently so different from one another, are not only their animated smoothness and the dreamlike feature. They all share the same handcraft, attention for details and use of innovative fabrics. But then, why did Yiqing Yin choose Bevilacqua’s handwoven velvets?

The answer has already been given by Madile Gambier, commissioner of the Venice Pavilion at the 55th International Art Exhibition La Biennale in Venice: thanks to Silk Map, the project introduced in this Pavilion in 2013, with the collaboration, among others, of Yiqing Yin and Bevilacqua, too. As Gambier himself put it, the aim of Silk Map was exactly to “activate synergies among artists and companies”. And the dress Ophélia is the proof that the project has achieved its goal.