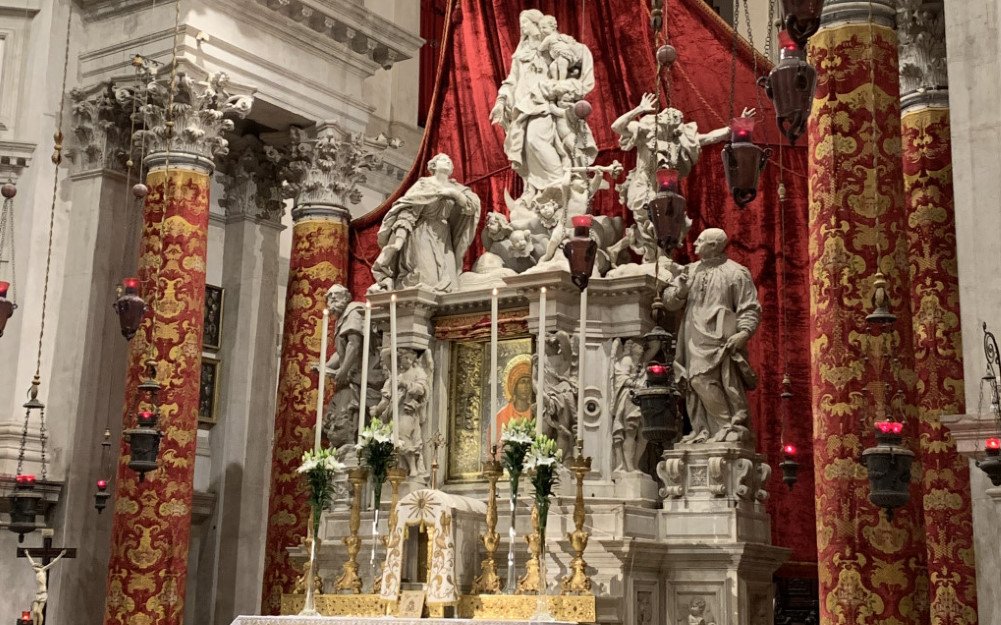 On November 21st Venetians celebrate one of the most important celebrations in the city’s life, the Festa della Madonna della Salute (“Feast of Our Lady of Health”). Here’s what it is and why it involves Bevilacqua’s weaving mill, too.

Less then a century had passed since the terrible epidemic of the years 1575-1577 – after which the church of the Redentore was built -, when plague broke out once again in Venice and the rest of Northern Italy.

In order to ask Virgin Mary to save the city and stop the plague, in October, 1630, the hopeless government organised a prayer procession that lasted three days and three nights, at the end of which the Doge took a vow to build a new church, dedicated to Health.

A few weeks later, the plague’s course slowed down and ultimately ceased in November, 1631. The government kept their vow and assigned the architect Baldassarre Longhena the task to build a grand basilica, which was completed in 1687.

Besides, as a token of gratitude to Our Lady, the government decided that the procession had to be repeated every year. This is why every year, on November 21st, Venetians – and others – go on a pilgrimage to the basilica.

The aim of Venice’s government was to create a breathtaking church, exalting both Mary and the Republic of Venice. And they reached it: on the Punta della Dogana, a baroque masterpiece with an octagonal plan towers over Saint Mark’s Basin and the Grand Canal.

One of its furnishing velvets was made by Bevilacqua’s. It’s a soprarizzo velvet on whose gilded ground some red architectural elements have been embroidered. The spaces between them are filled by lozenges, flowers, berries, grapes and buds. Tulips, narcissus, peonies and roses all show realistic colours and are similar to those of interior fabrics from the first half of the 18th century.

Besides, the presence of scrolls can be set side by side with the rocaille style, one of the main features of the Rococo movement, which developed in France under the rule of Louis XV (1715–74), that is not much later than the basilica’s consecration. To which style this velvet created for its columns can therefore be likened to. 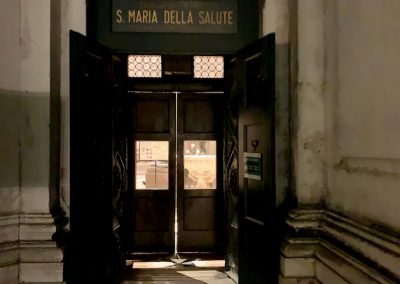 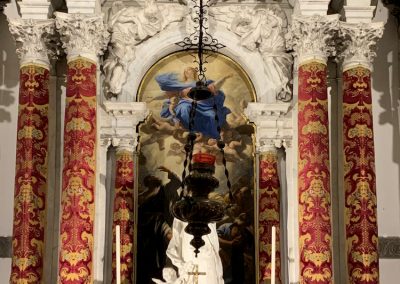 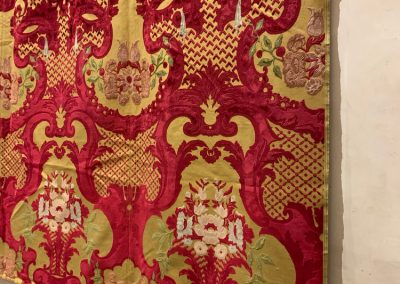 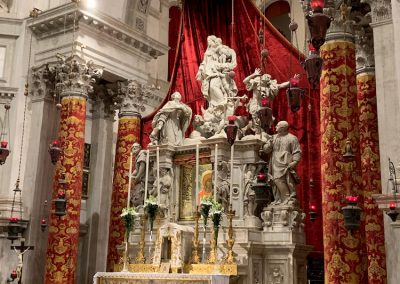 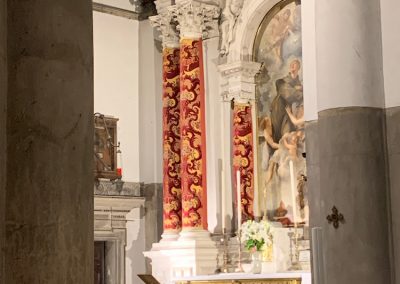 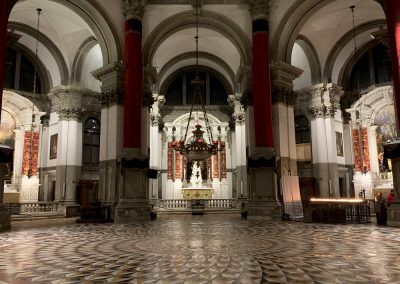 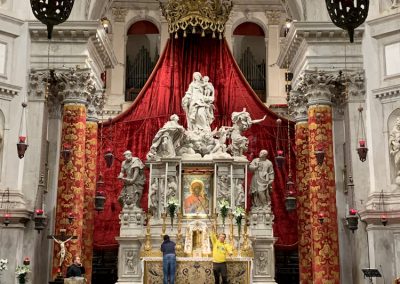 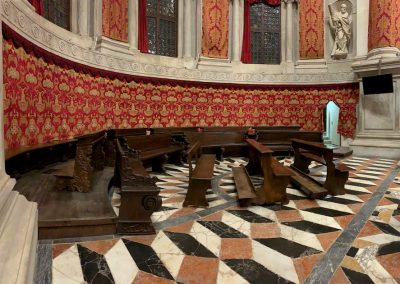 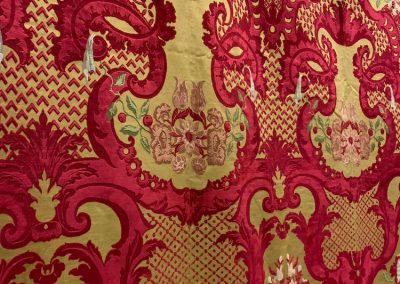