Surreal fabrics: from Venice to Armenia 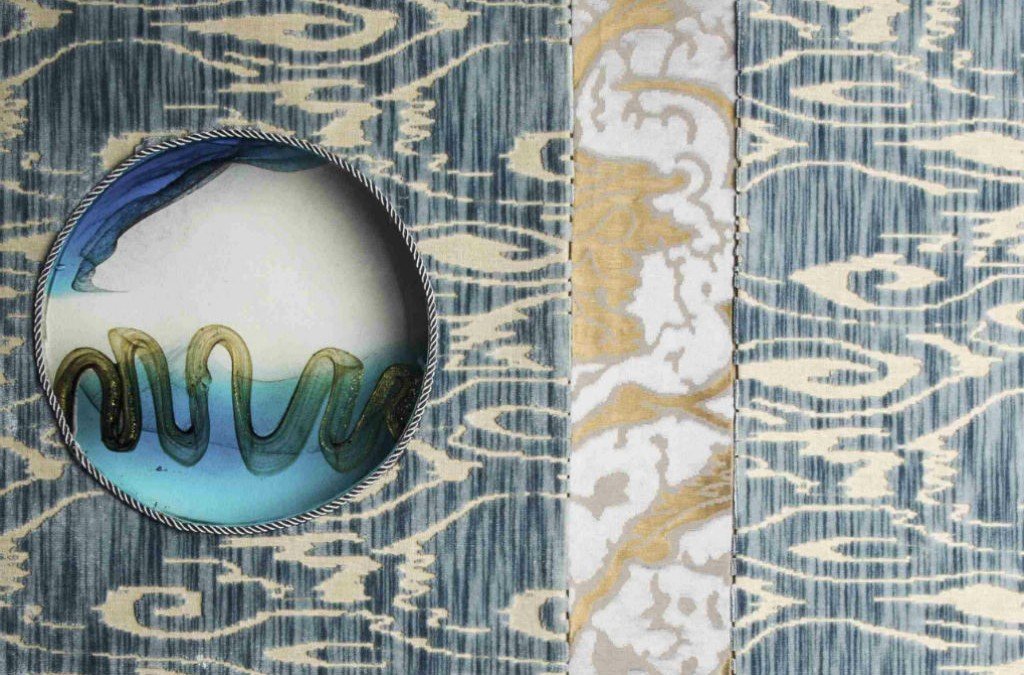 From October 14th to November 27th, 2016 Venice Art Factory hosts an exhibition which involves some of our typical Venetian fabrics in brand new guise. Its name is The Gift of Venice to Sergei Parajanov, by the Armenian artist Tatiana Daniliyants, who loves to express herself through collages taht join different artifacts. This time, these artifacts are part of the Venetian tradition, so they pay homage to the city, as well as to a very special director.

Precious fabrics from Venice to Armenia 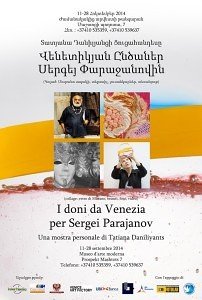 Sergei Parajanov (1924-1990), to whom the exhibition is dedicated, was a Soviet director, though with Armenian origins, whose surrealistic works clashed with the Realism in vogue in the USSR.

And a typically surrealistic technique is the one used by Tatiana Daniliyants, too, that is collage, thanks to which she can masterfully match objects coming from different arts: videos, which are indispensable when talking about a director; photography, another art Tatiana Daniliyants devotes herself to, given that since 1995 she’s a member of the International Union of Art Photographers of Moscow; Murano glass, which she already worked in 2011 with, for the exhibition Anima Russa (“Russian Soul”), that took place in Venice. And, finally, textiles, that is the precious fabrics from Venice, made by Bevilacqua, used for the objects 1, 5, 7 and 8.

This exhibition had already taken place in 2014 in the Museum of Modern Art in Yerevan, the capital city of Armenia. On the Museum’s walls, the lampasses Lamè and Melograno and the velvets Casa Bianca, Gotico and Radica became a key element in some of these compositions. The markedly different colours and patterns of these fabrics evoke that line between reality and dreams which Parajanov, in his movies, managed to cross and to render on the screen thanks, indeed, to a surreal employment of colours, as well.

Collaborations of this kind aren’t new to Tessiture Bevilacqua: from the Italian collaboration with Annapaola Cibin for No More Room in the Lagoon, to the one with the artists of the Silk Map installation during the 55th Art Exhibition of the Biennale di Venezia, both dating back to 2013.

And this proves that one can stick to cultural roots even when creating pieces of contemporary art. Which, by the way, is what Tatiana Daniliyants does, too: if you want to find out how she manages to, you can visit the exhibition The Gift of Venice to Sergei Parajanov in Venice Art Factory. 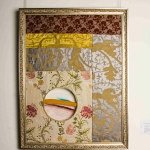 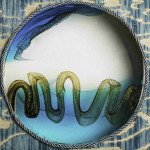 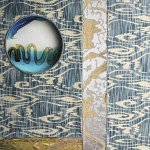 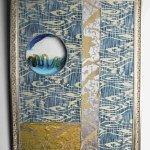 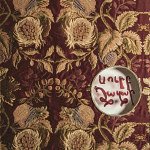