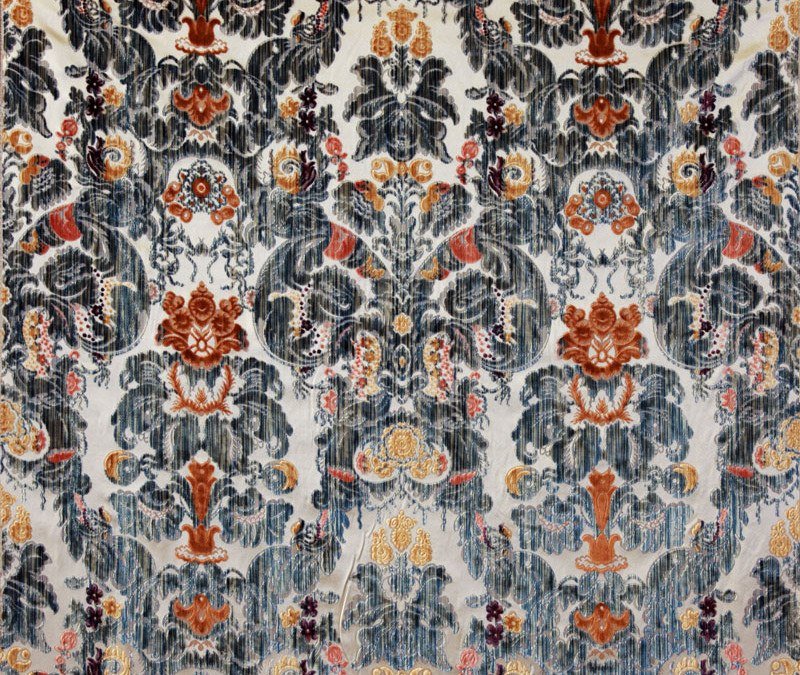 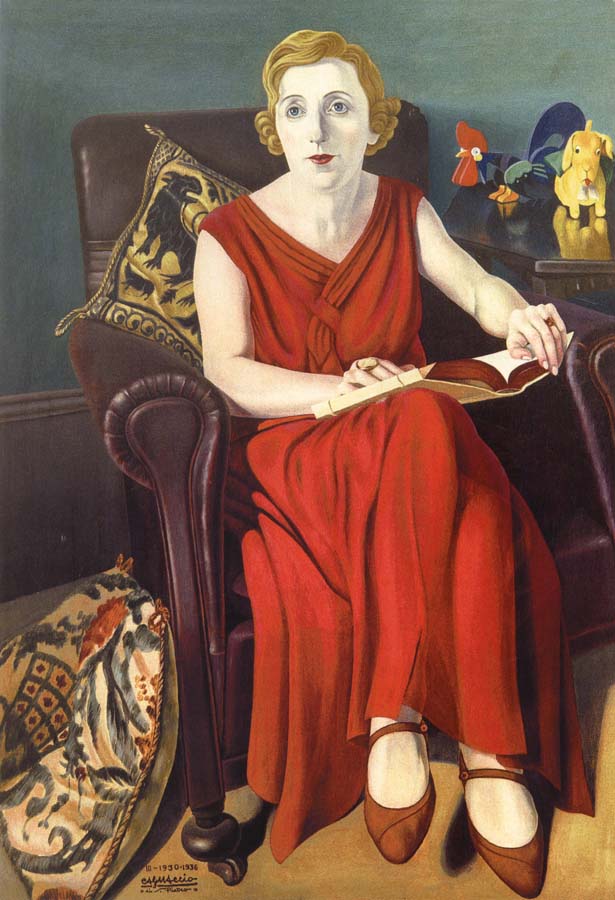 Take a look at the Portrait of Signora Vighi by Cagnaccio di San Pietro and you’ll find a surprise. Or rather, two, and in plain view, too – but which an absent-minded observer may miss. Everybody knows that painters often hide their surprises in details. And, as far as this painting is concerned, we’re dealing with two Italian fabrics for upholstery, made by Bevilacqua’s.

Italian fabrics for upholstery in a painting

The painting shows a woman in a room, with an opened book on her lap, and sitting on an armchair. Behind her and at her feet one can partially see two cushions. The former is covered with the Leoni soprarizzo velvet, the latter with the Fioroni soprarizzo.

Cagnaccio di San Pietro painted this portrait in 1930, and both Bevilacqua’s velvets date back to exactly the same period. But they both have older motifs. 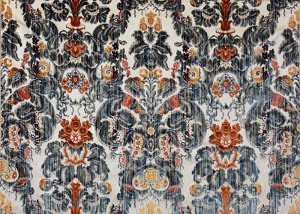 Indeed, the Fioroni soprarizzo velvet – which belongs to the Giardino (“Garden”) collection – is inspired by the French and Italian velvets and brocatelles of the second half of the 17th century. Its rosebuds, tulips, bellflowers and jasmines create a markedly baroque design. 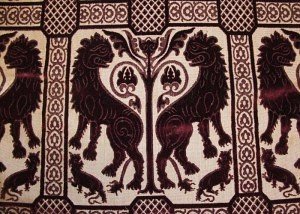 The Leoni soprarizzo velvet, on the other hand, is characterized by a pattern coming directly from ancient Persia: two lions, standing one in front of the other, and with a tree of life in the middle. Lions, though, which have always been a symbol of strength, and which can therefore protect the tree, emerged during the Stone Age. And the tree of life, too, comes from a long time ago, namely from the 9th century BC and from Mesopotamia.

But who exactly is Cagnaccio di San Pietro, the artist who’s chosen these cushions for his painting?

Who is Cagnaccio di San Pietro?

Cagnaccio di San Pietro was born in 1897 under the name of Natale Scarpa and he was a painter with a strong connection to Venice. Indeed, he moved from his homeland, Desenzano del Garda, to the island of Pellestrina – in the San Pietro district, to which he owed part of its pseudonym – and died in Venice in 1946. Besides, he took the inspiration for his name, Cagnaccio (“bad dog”) from the nickname given to his grandparents by their neighbours, not particularly fond of their rowdy dog.

As the Portrait of Signora Vighi, too, proves, Cagnaccio’s favourite subjects were everyday life and still lifes, which he painted paying extreme attention to details, though. This sometimes resulted in a dramatic effect, in an alienation from reality. And this is why he is considered as one of the Magic-Realism artists, among which Edward Hopper and Frida Kahlo.