Maja Sjöström: patterns of an artist 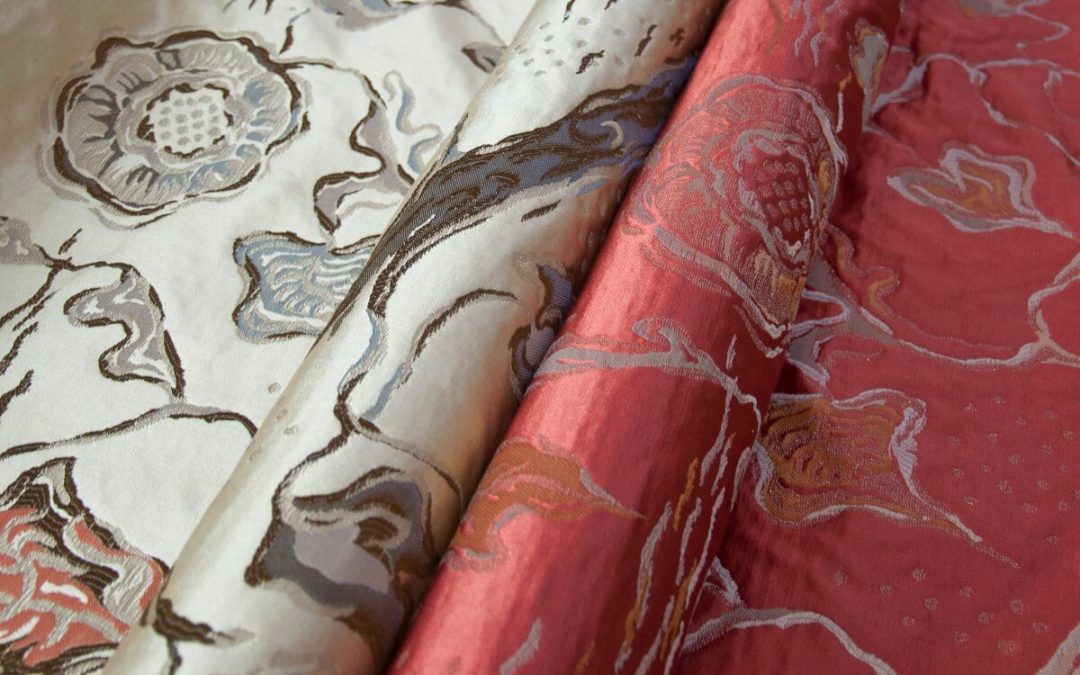 Maja Sjöström was one of the greatest artists in the Swedish textile world. She was born in 1868, and she was a strong supporter of the movement Handarbetets Vanner, a forerunner of the union of textile artisans whose ideals were inspired by the movements already present in the rest of Europe. Famous, by now, in her homeland, she moved in 1924 to Venice, where she entertained a fruitful collaboration with the Bevilacqua family and its textile industry.

Dressing one’s own homeland: the fabrics for curtains of Stockholm’s City Hall

Her style, her sophistication, and her personal interpretation of nature, reminiscent of the Art Nouveau and the Arts and Craft, merged perfectly into her various creations, among which the textiles which still decorate the Council Chamber of the Stockholm City Hall and the so-called Three Crowns Chamber.

The latter is named after the three chandeliers hanging from the beams of its ceiling, and Maja Sjöström’s fabrics for curtains are the ones covering the southern and northern wall of this room. In the Council Chamber the drapery uniting the floor to the ship’s-keel ceiling, inspired by Viking ships, is hers. It creates a 19-metres-long vertical path, connecting the past and the present of Sweden.

The Stockholms Stadshus, whose building began in 1911 under the direction of its architect, Ragnar Östberg, was opened in 1923: thus the textiles she realised for the symbol of Sweden’s capital city may be considered as her last farewell to her country.

A melting pot of European cultures

A farewell which was, though, only a physical one: from Sweden she has brought the peculiar feature of contemporary Scandinavian upholstery to Italy. Nordic weaving is different from the rest of Europe, at the beginning of the 20th century, in that it doesn’t simply imitate nature, looking at it from an inward point of view, but rather unveils its secrets. It therefore creates patterns which are interwoven with the spirits and creatures populating its imaginary.

Throughout her career, indeed, Maja Sjöström was able to achieve balance and harmony of expression which made her work part of the artistic heritage of Europe, where the old Swedish textile traditions joins perfectly in the contemporary world. 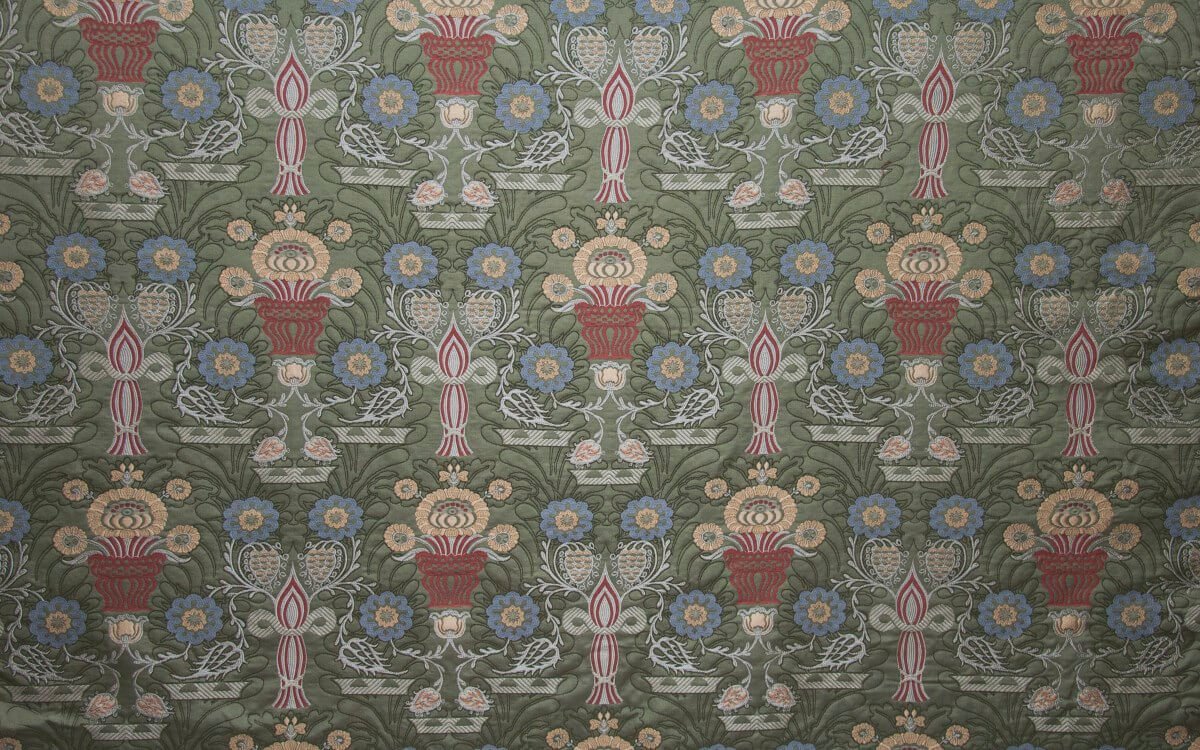 The tradition of Swedish textiles in Venice

Maja Sjöström was the forerunner of a period of great collaboration between Tessitura Bevilacqua and numerous Swedish textile artists who, starting in the 1920s, commissioned Bevilacqua to make damasks for ceremonial vestments of the Swedish Church.

In the Bevilacqua archives there were numerous sketches, drawings and watercolors of the graphic motifs for the perforated cards used in the weaving process, designed by renowned Swedish studios that produced fabrics for the church in the last century. Among these studios were Licium, Libraria, Ersta and Pro Ecclesia to name just a few.

Margaret Ridderstedt, curator at the National Council for Cultural Heritage of Sweden, used this material for her book “Veneziansk Sidendamast“ (“Venetian Silk Damask”). The book offers an overview of the great artistic production of sacred fabrics designed in Sweden and made in Venice from the early 1900’s, also telling the story of the Bevilacqua family and of the production process of their Tessitura.

For further information you can download the PDF (58 Mb) of the book, in Swedish, at this link