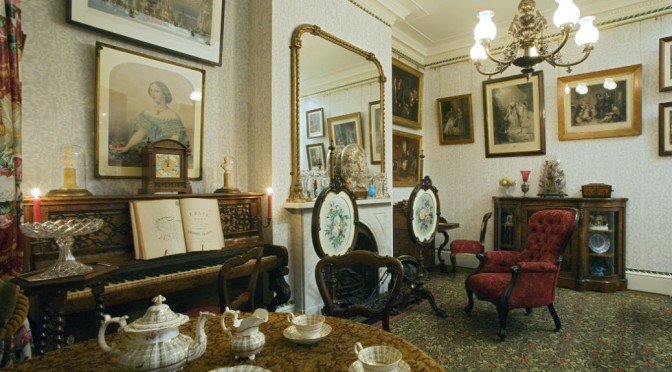 400 years of history… in one single room. The Geffrye Museum in London has reconstructed the British middle class’ living rooms from the 17th to the 20th century, in a permanent exhibition on the structure, accessories and domestic life that have denoted this room throughout four centuries. While stealing a glance at the history of upholstery fabrics, too.

The core of daily life during the first half of the 17th century was the hall, where the whole family gathered to eat, to welcome their guests, to read and to play games and instruments. But by the 1660s the hall had already been replaced by living room and dining room. In the following centuries, the former gradually got stuffed with musical instruments and furniture specifically designed for playing cards, reading and sewing… only to slowly empty in the 20th century, so that cleaning the house could be easier. And when fireplaces were supplanted by heating, the place of the hearth was taken by television.

At the same time, furnishing textiles underwent substantial changes, as well: during the 1600s, windows had a single curtain, usually made of saye, a typically English woollen fabric, very often green. Besides, cloths were laid on tables and upholstered chairs had covers made of leather, needlework or a “Turkey-work” woollen fabric, owing this name to its motifs, similar to Turkish carpets. 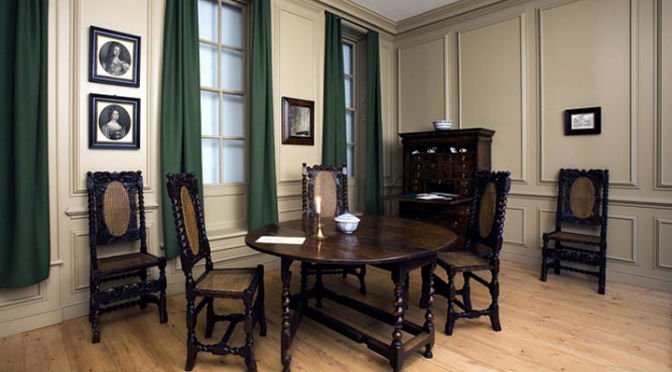 In the 18th century, though, people preferred to protect their luxury upholstery fabrics and to uncover them only on special occasions, with tough and usually check-patterned covers. Window curtains became two for each window and were woollen, red or green, though the single curtain was reintroduced toward the end of the century. It was made of wool, a mixture of cotton and linen or, in the wealthiest houses, of damasked silk, and often had blue and white stripes. 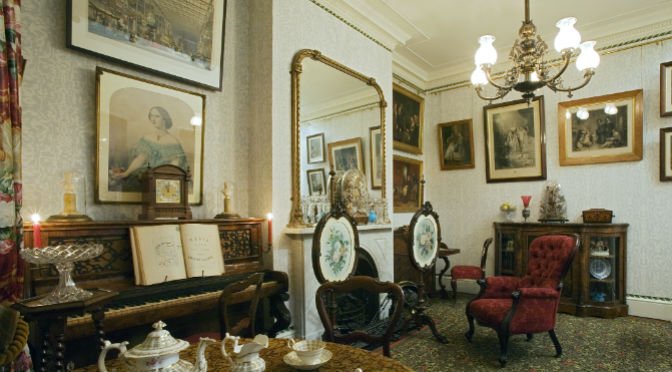 The 19th century, on the other hand, saw the invention of chemical dyes and of much brighter colours on wallpapers and textiles. The birth of printed cotton, the “chintz”, meant a widespread of linings and curtains with floral patterns on a light-coloured ground. But this, as paintings prove, was the century of red velvet upholsteries, too. 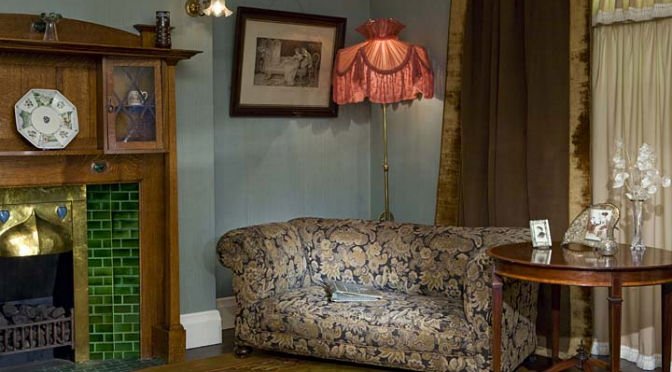 And if in the 1930s the colours of interior textiles were soft, with no or only a simple pattern, from the 1960s the motifs of upholstery fabrics became outlandish and vividly coloured. From the Eighties, though, carpets and curtains began to disappear.

And the Geffrye Museum has managed to sum all of this up… and even a lot more. 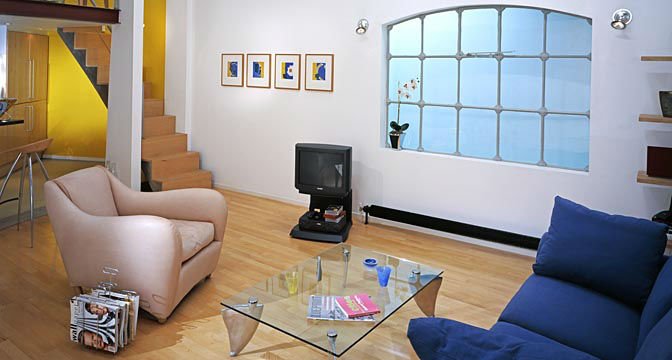