Lampas: a fabric with sumptuous decorations 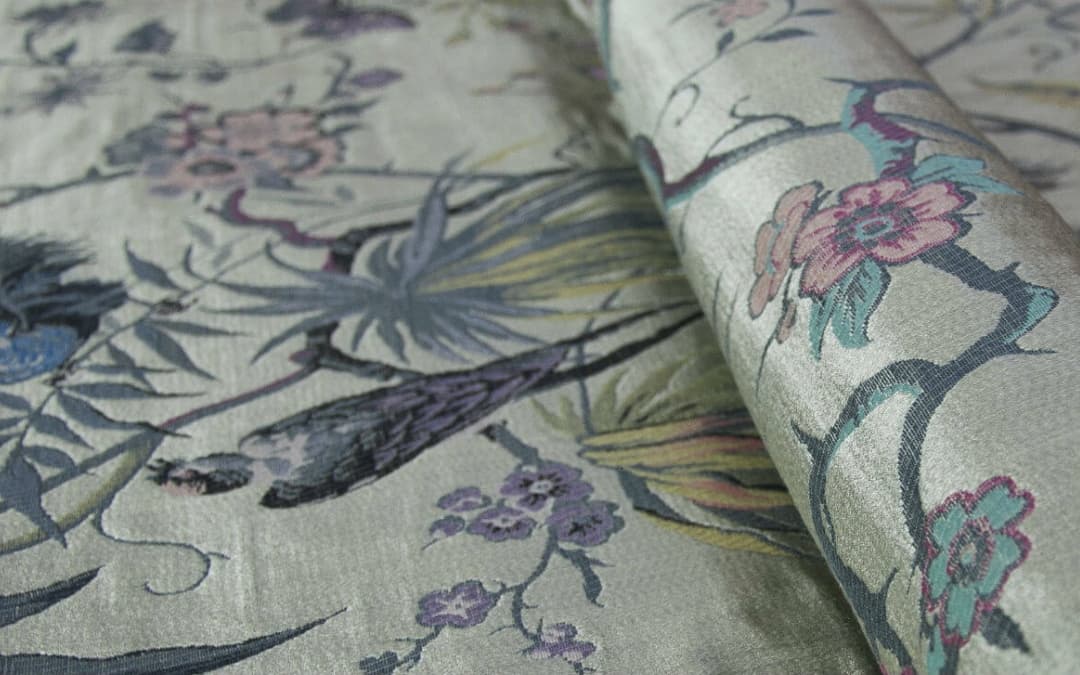 A precious fabric with splendid decorations, full of light and colors: the lampas has fascinated for centuries due to its richness and exclusivity and even today is one of the most popular fabrics for furnishings and decoration.

The characteristics of lampas fabric

Lampas is a figured silk fabric, which means it has designs and decorations that are not printed but  woven into the cloth itself, just like damasks and brocades. Its complex textile typology requires two warp systems (the threads placed in the longitudinal direction of the cloth), one for the ground and one for the binding, and at least two series of wefts (threads which are woven crosswise to the warp). The weave of the lampas, i.e. the way the threads of the fabric are woven, is usually satin or taffeta, which makes the fabric less heavy.

The pattern is achieved through special techniques of weft interworking. It can be an “untied” weft, in which a ground weft passes over several consecutive threads of the warp creating the pattern (lisiéré lampas). Or one or more additional wefts are used in addition to the ground weft. In this way, we can have “lancé” wefts of various colors that are inserted into the construction of the ground for the entire length of the fabric and emerge on the front side only in the parts that form the design while on the back they remain free and appear to the eye as a series of loose threads. These wefts contribute to making the fabric stronger. Finally, the weft can be “brocade” or “spolinata” which, unlike the previous one, is inserted only in the parts that form the design as in brocaded lampas. 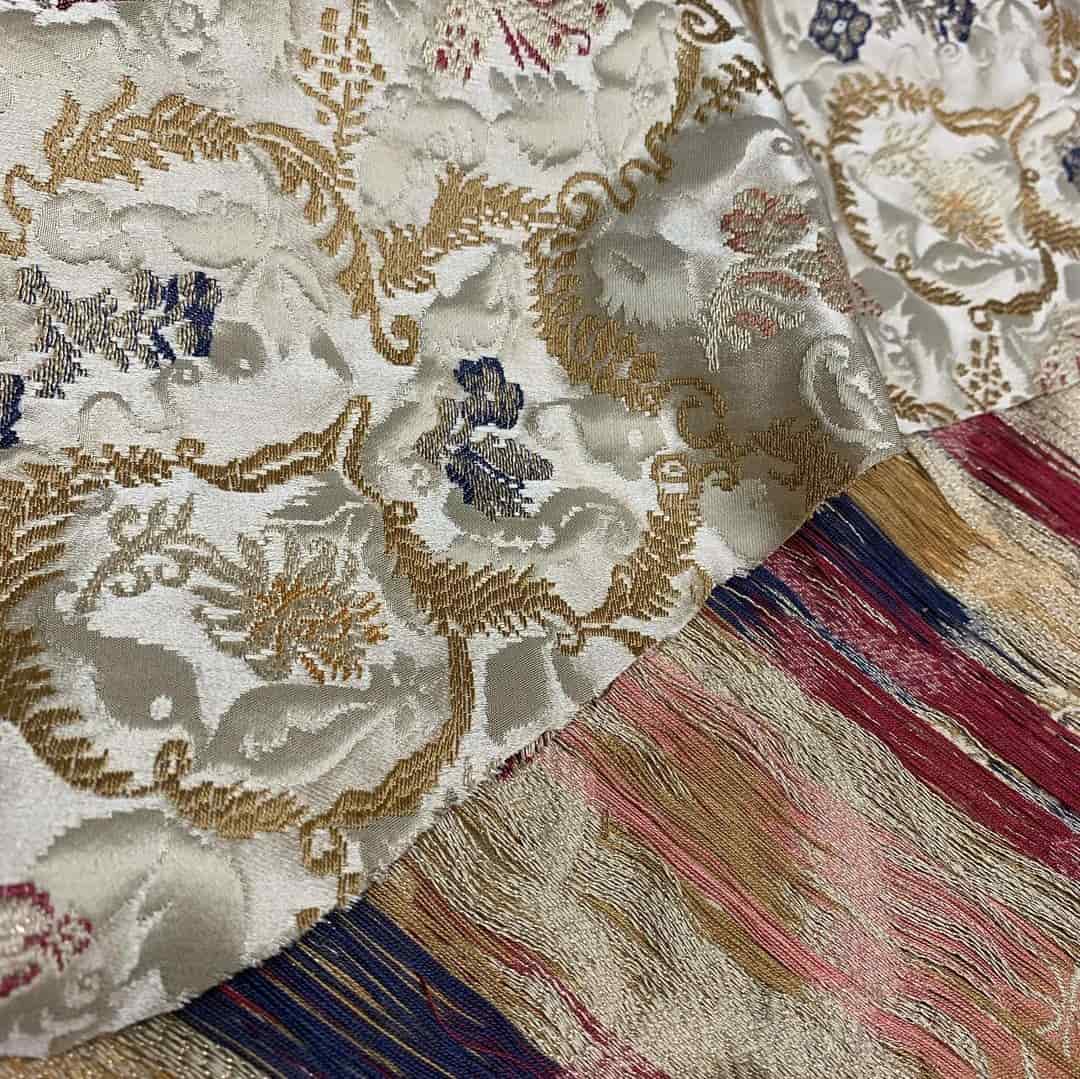 Example of lampas with lancé weft: Svezia lampas in pearl-ivory

The result is a beautiful polychrome design with a three-dimensional effect that stands out clearly from the background, often embellished and illuminated by metal threads. The types of decorations are endless because they have followed the changes in style and fashion over the centuries. In our collection of lampas fabrics, we have selected original subjects in Renaissance, Baroque, Bizarre, and Art Nouveau styles, just to name a few. 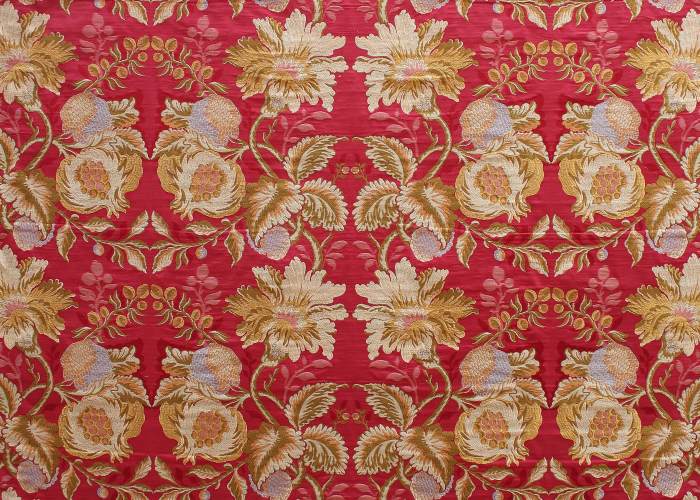 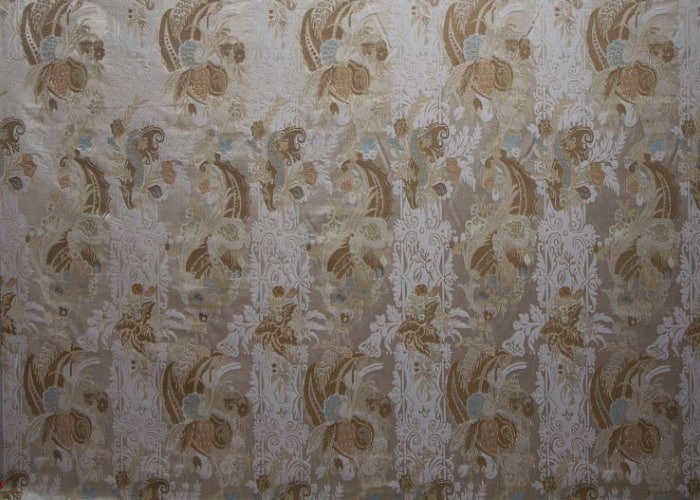 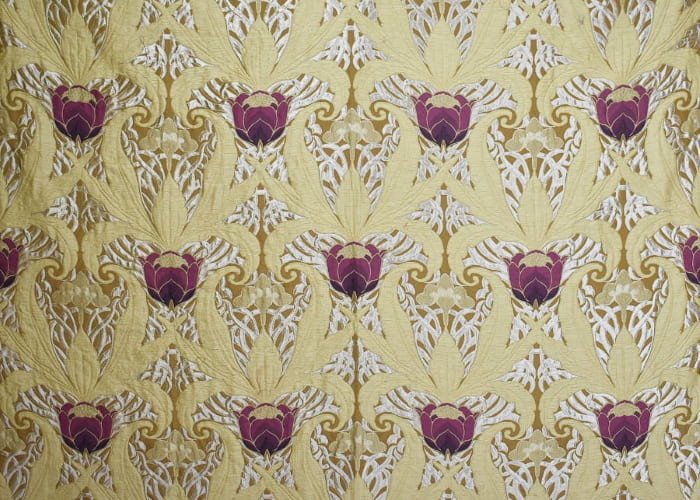 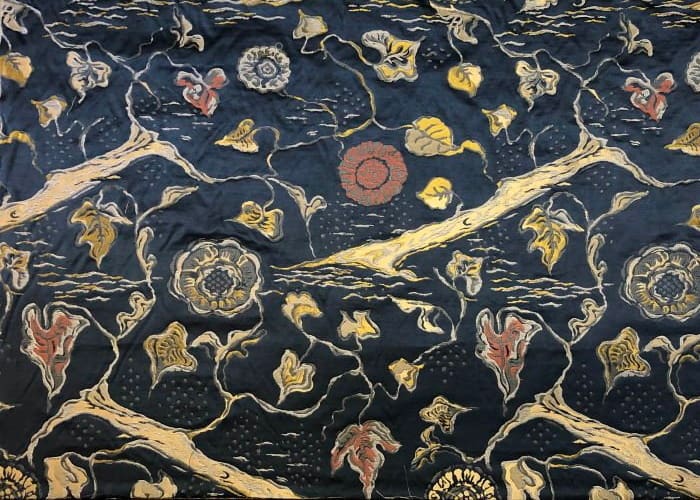 A curiosity: the difference between lampas and brocade

While in lampases the decoration is produced by at least one additional weft launched (which runs from side to side of the fabric emerging only in the areas of the design), in brocades the decoration is obtained with additional wefts inserted with special tools called “spolette” (shuttles) only in the areas where it is required for patterning, therefore they are discontinuous wefts. The ground of the brocade, moreover, can be simple as for the lampas (satin or taffeta), but also figured as lampas – i.e. our Broccato lampas – brocatelle, and velvet, thus enriching the existing decoration.

The origins of Venetian lampas

The first Venetian lampases were inspired by the sumptuous silks that the Serenissima imported from the East with other luxury goods and then exported to Western markets. Initially, they were made on immense and complicated manual looms and their production was regulated and protected by strict legislation. We are in the 12th century when Venice begins its production of fine silk fabrics, which also took advantage of the knowledge and artifacts brought home at the end of the 13th century by the Polo Venetian family, in particular by Marco, after his long stay in China.

Lampas, known and produced in Venice since the Middle Ages, had its period of maximum splendor in the 1500s and 1600s. In the second half of the 16th century, it was used above all for the clothes of the wealthier classes, given its prestige and value.

In particular, brocaded lampas was called “Ganzo” in the Serenissima. This was the most precious and sought-after fabric in the late 1600s and early 1700s that supported the Venetian economy. These polychrome silk lampas were made even richer and more spectacular by the massive insertion of additional wefts of gold and silver threads.

Today lampas is used both in interior design for upholstery, tapestries, and curtains, accessories such as decorative cushions, for luxury wallpaper, and ecclesiastical vestments, but also for exclusive clothing. 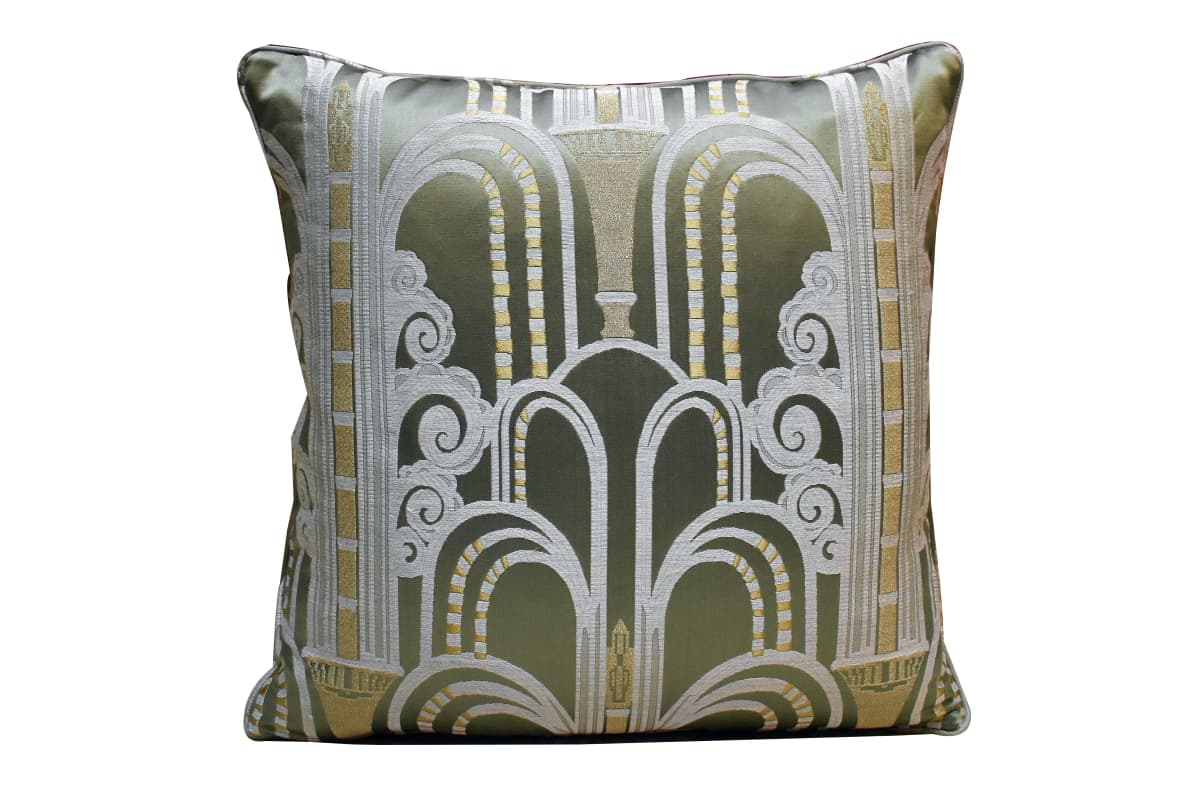 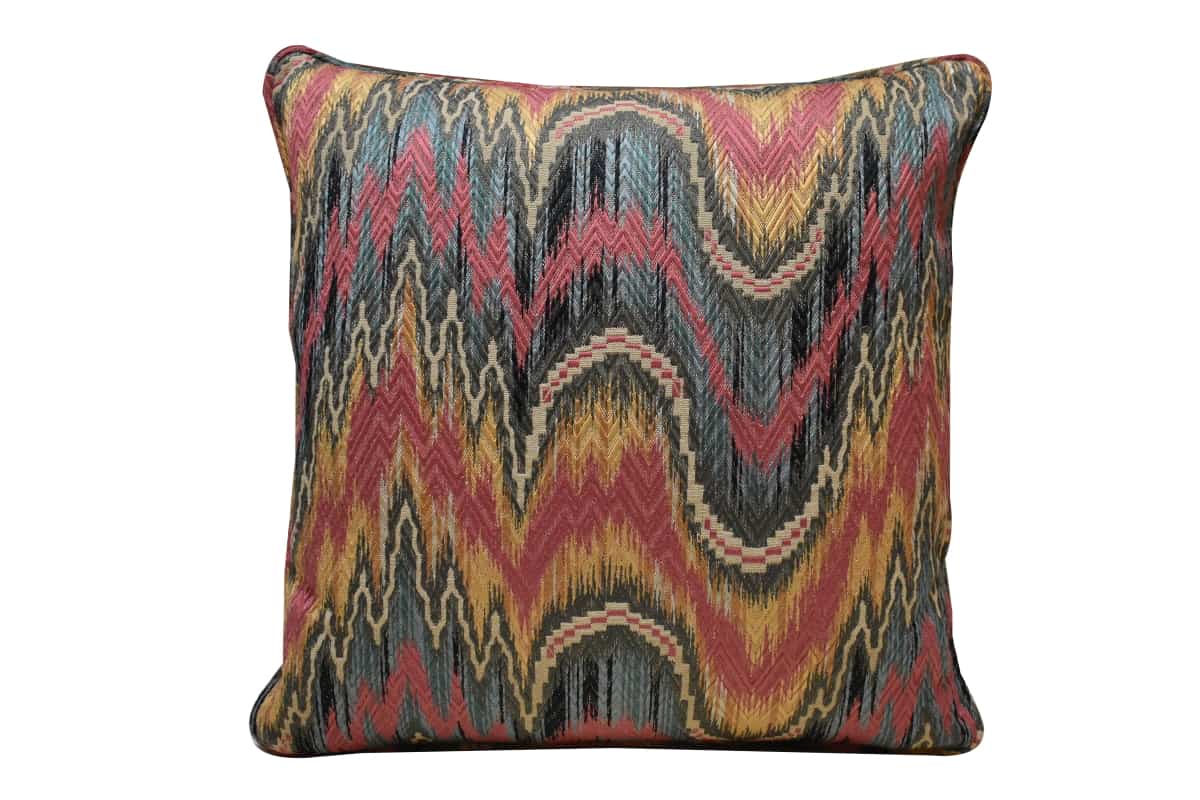 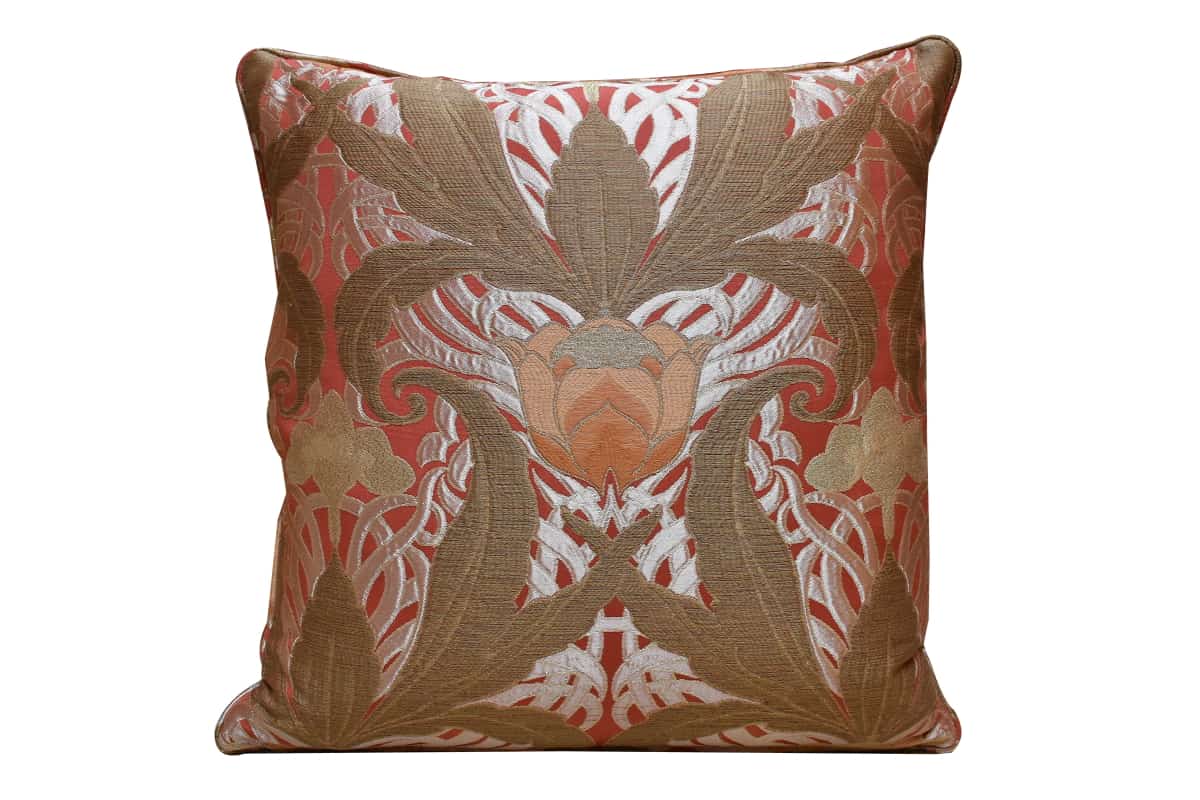 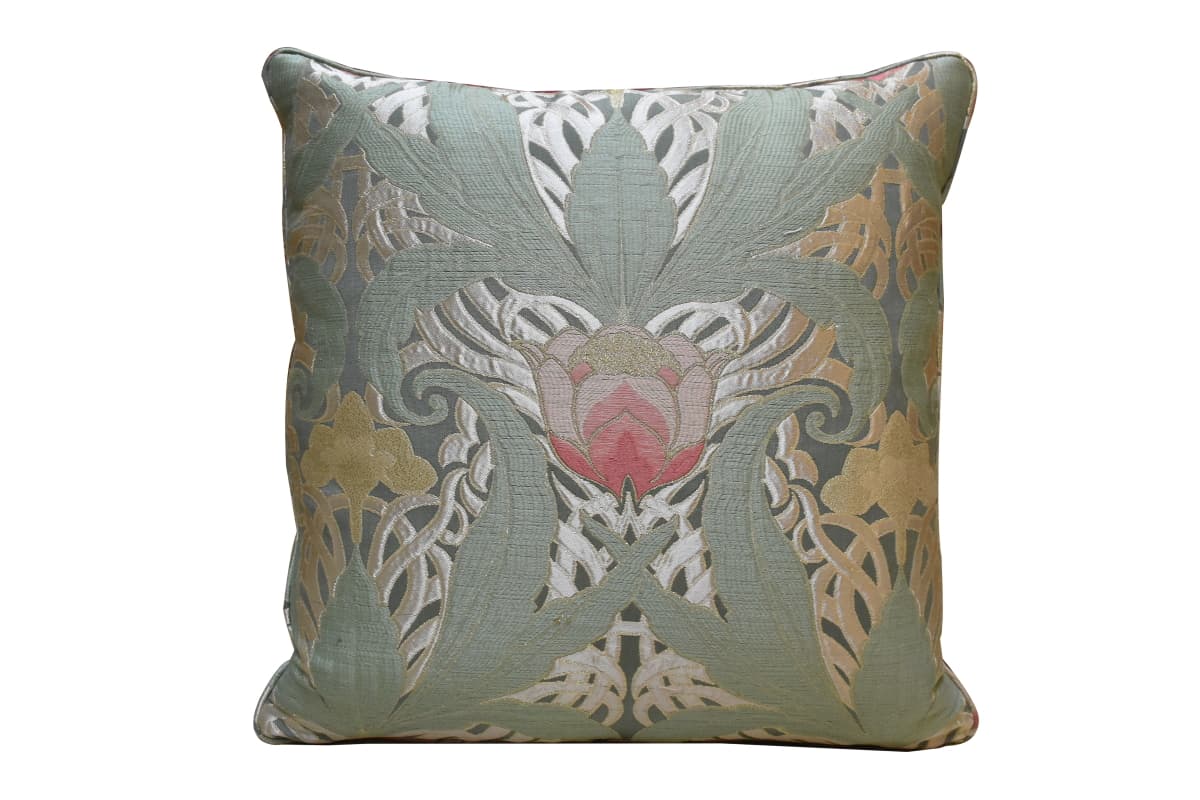