The history of jardinière velvets: a burst of colour 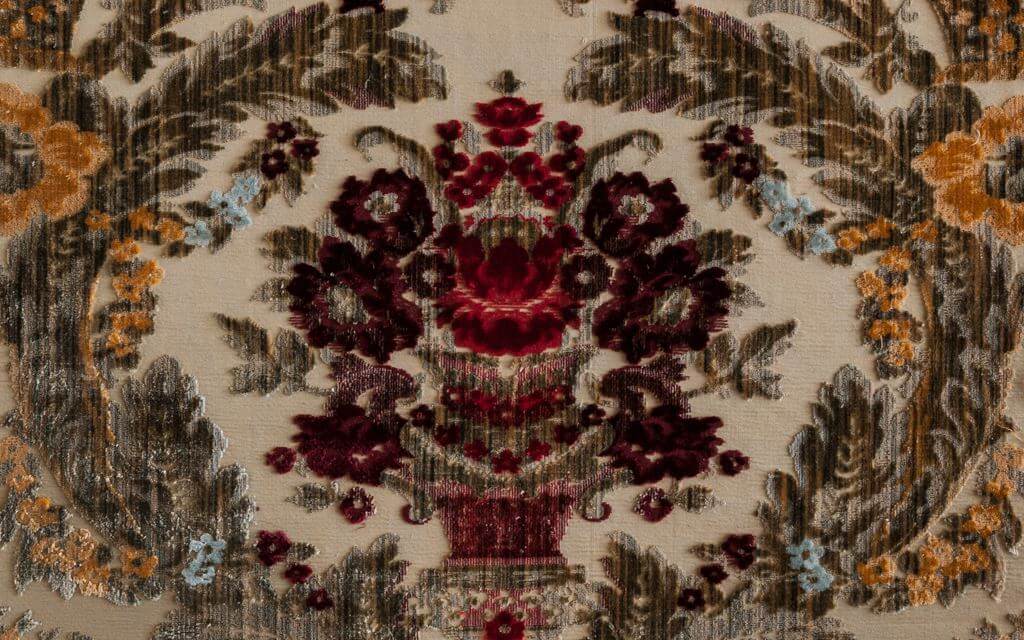 To find out what luxury fabrics for home decor with a jardinière pattern are, you need to take a one-time-only journey to Genoa, instead of Venice: that’s indeed the city were these colourful fabrics were born, and only later reached Venice and our Tessitura.

But why is Genoa the birthplace of such spectacular velvets? And why did they come into use only in the 17th century?

Jardinière – or Genoa – velvets first appeared during the 17th century, but drew the crowds up to the 19th century, thanks to their rich details and finesse. They’re indeed blooming flower gardens, in various colours, usually on a white ground and accompanied by leaves and wavy stems. At the beginning of the 17th century, these flowers were small, but their size kept on growing over the years. At least till the 18th century, when clothing and furnishing fabrics started differentiating from each other, since the former began using small-scale patterns.

Such floral patterns, as the age of their diffusion reveals, are sons of the Baroque and of its desire to amaze. To reach this goal, the one- or two-coloured stylized natural elements that had become more and more tangled during the Renaissance and the Baroque simply weren’t enough. There was a need for flowers as true to life as possible, i.e. colourful.

There was just one little problem. 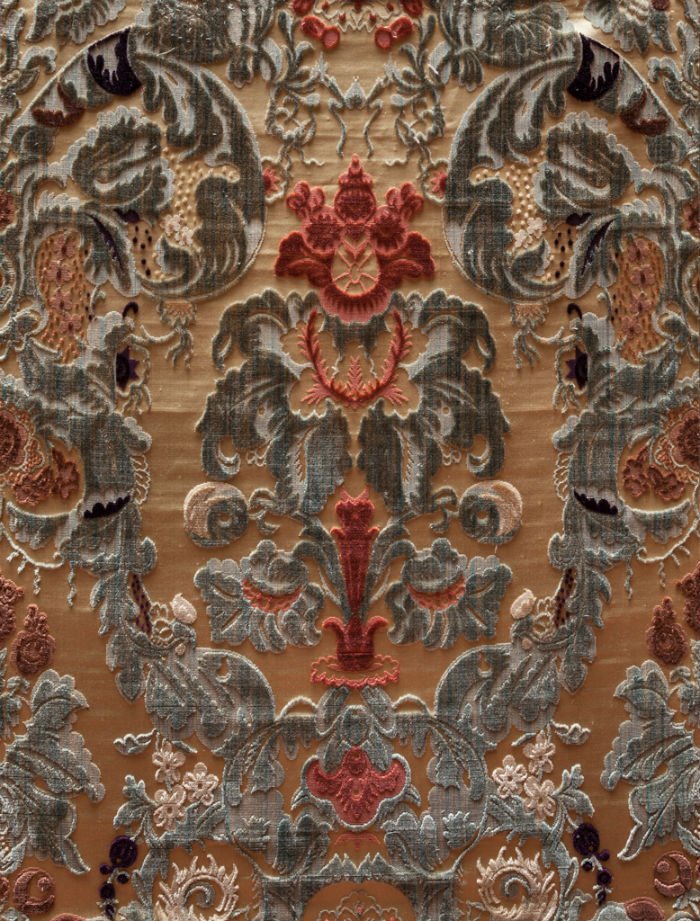 The production of polychrome velvets

The production of so multicoloured a fabric required a huge amount of raw materials, time and, most of all, skilled weavers. Better still, weavers and drawboys: each loom needed two persons working on it, to produce these textiles, namely a weaver who took care of the weft and an assistant who pulled the right levers to create the pattern. And textile manufacturers in Florence and Venice knew this very well: these cities had been producing polychrome fabrics since the 15th century. But then why did they achieve success only two centuries later?

The answer lies in the looms: the 17th century saw the arrival of the technical innovations that, during the 19th century, led to the invention of the Jacquard loom. And, in the meantime, they made the weavers’ work much easier.

The city that took the lion’s share in the production of these velvets, though, was Genoa. 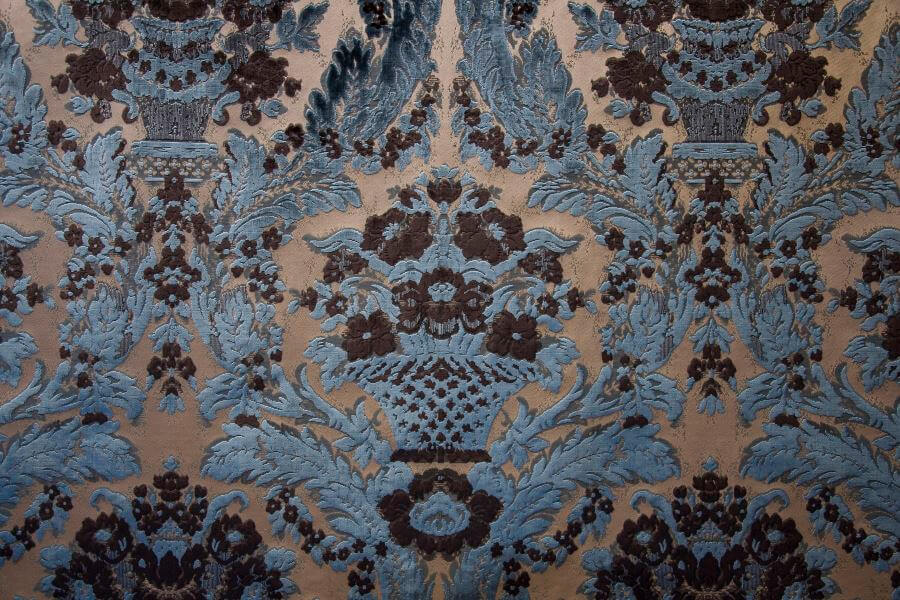 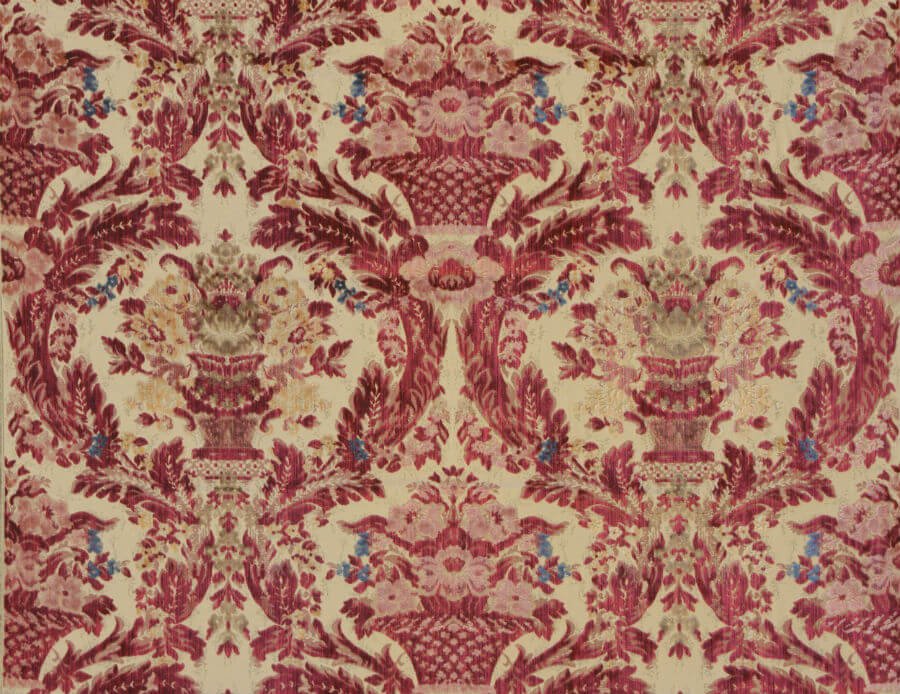 In the 15th and 16th century, the leading producers of polychrome velvets were Florence and Venice. But at the beginning of the 17th century the quality of Genoese weaving and dying techniques became famous worldwide.

That’s why this city was identified as the homeland of jardinière velvets, which soon spread all over Europe, both in churches and houses of noble families, and in weaving mills. But none of them could equal the magnificence of Genoa velvets.