Our cushions in the Archive of the Patriarchate of Venice 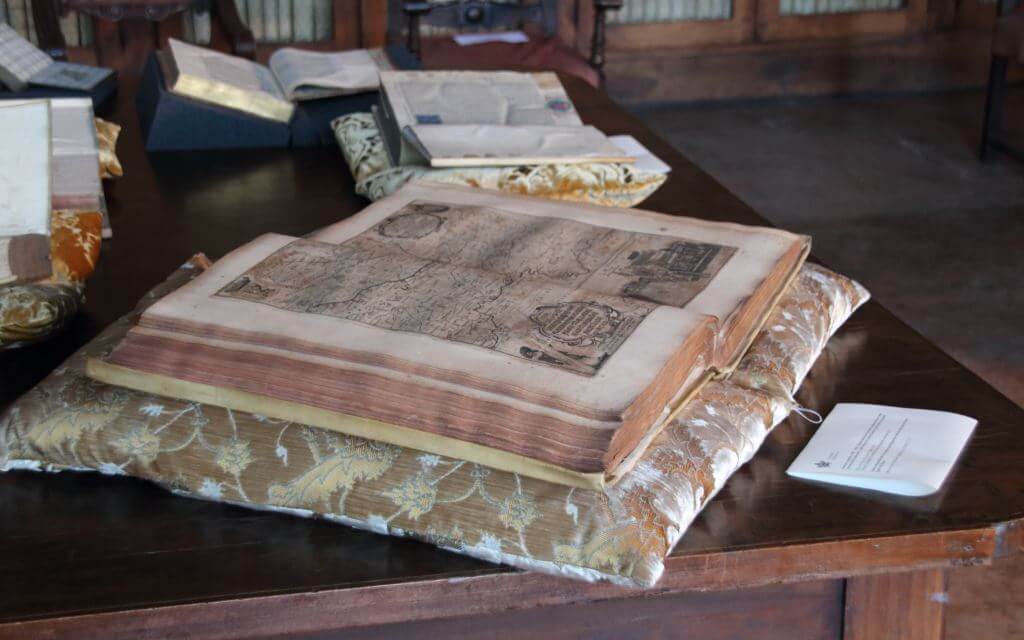 Decorative cushions are extremely versatile: you can place them almost everywhere, to add an elegant or contrasting touch to your interiors. But you may have never used velvet cushions as the Patriarchate of Venice did.

The velvet cushions of the Monumental Library

The decorative cushions the Patriarchate chose are covered in our Torcello and Ca’ d’Oro velvets, whose names betray their connection to Venice. They’re both 16th-century designs: the former shows a figure similar to a pinecone enclosed in an oval; the latter has  large thistles, surrounded by small pinecones, lotus flowers and other natural elements, all connected to one another through thin shoots. The leaves on some of them are jagged, similar to Turkish patterns dating back to the same century.

In short, these two motifs are perfectly fit for the Patriarchate’s Monumental Library, supporting some of the rare volumes belonging to its Archive. 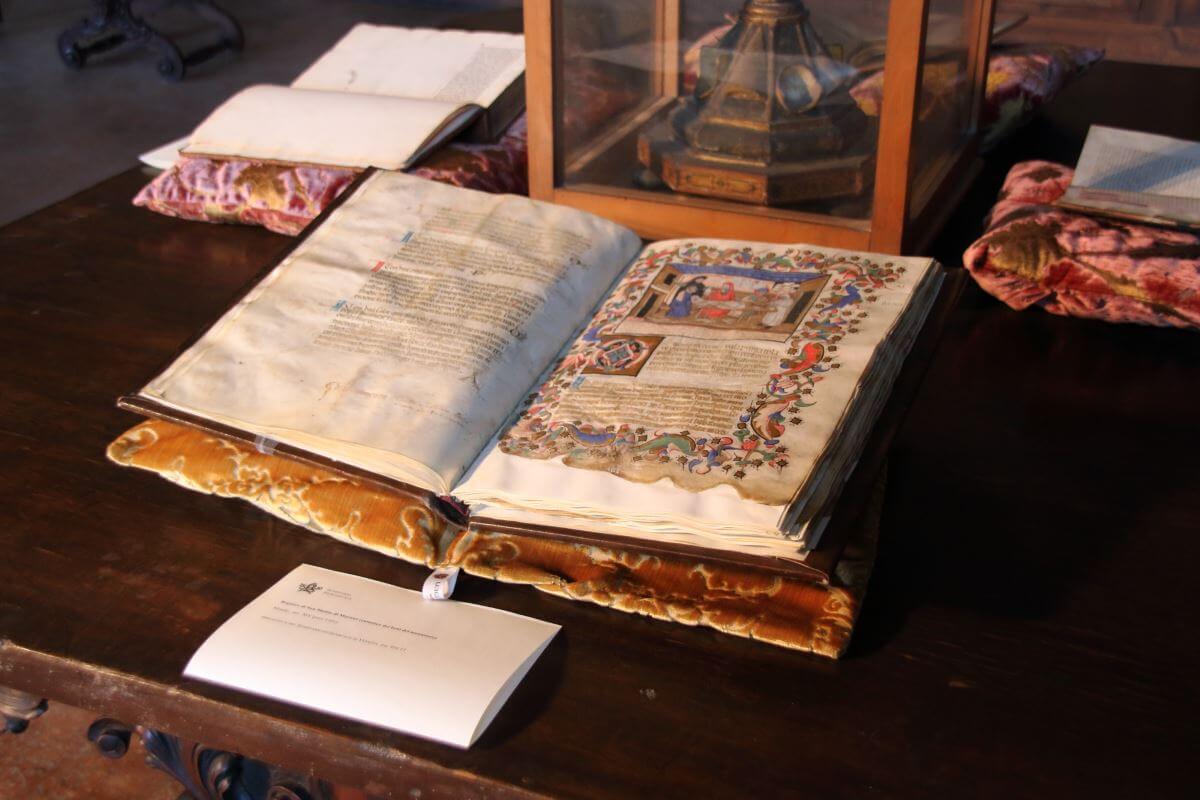 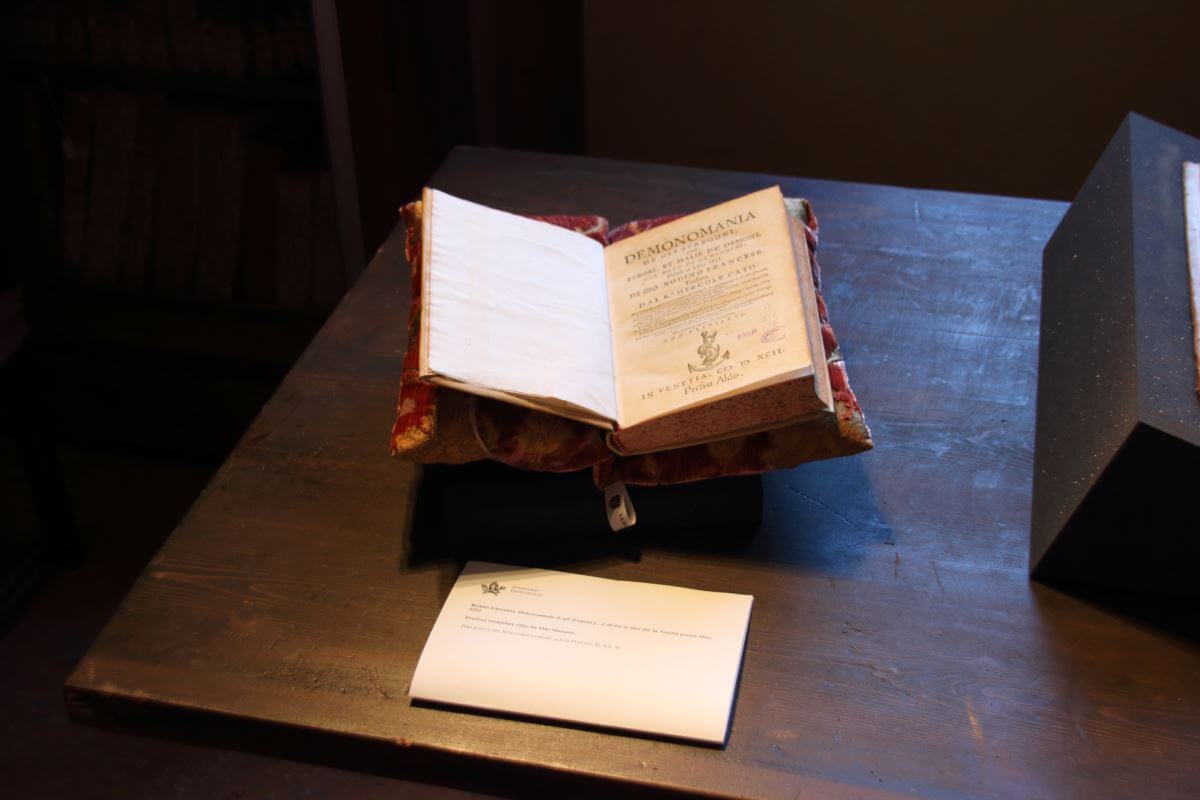 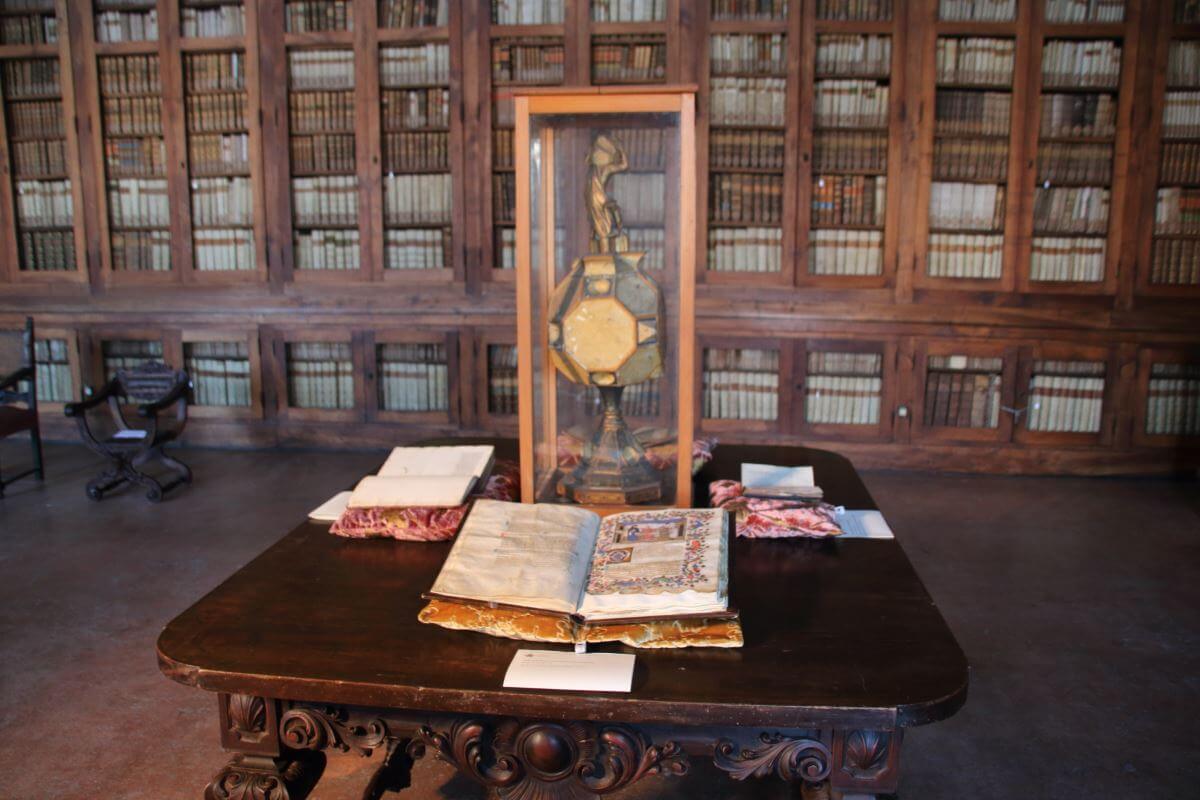 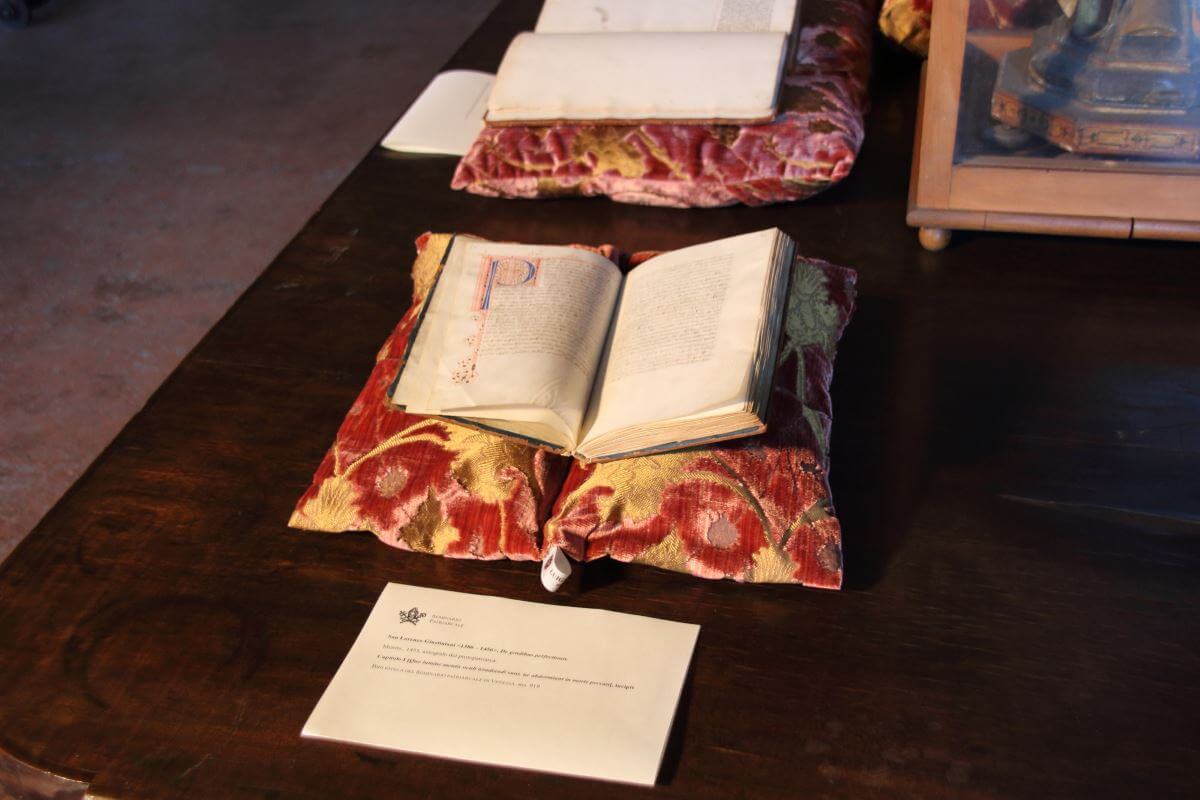 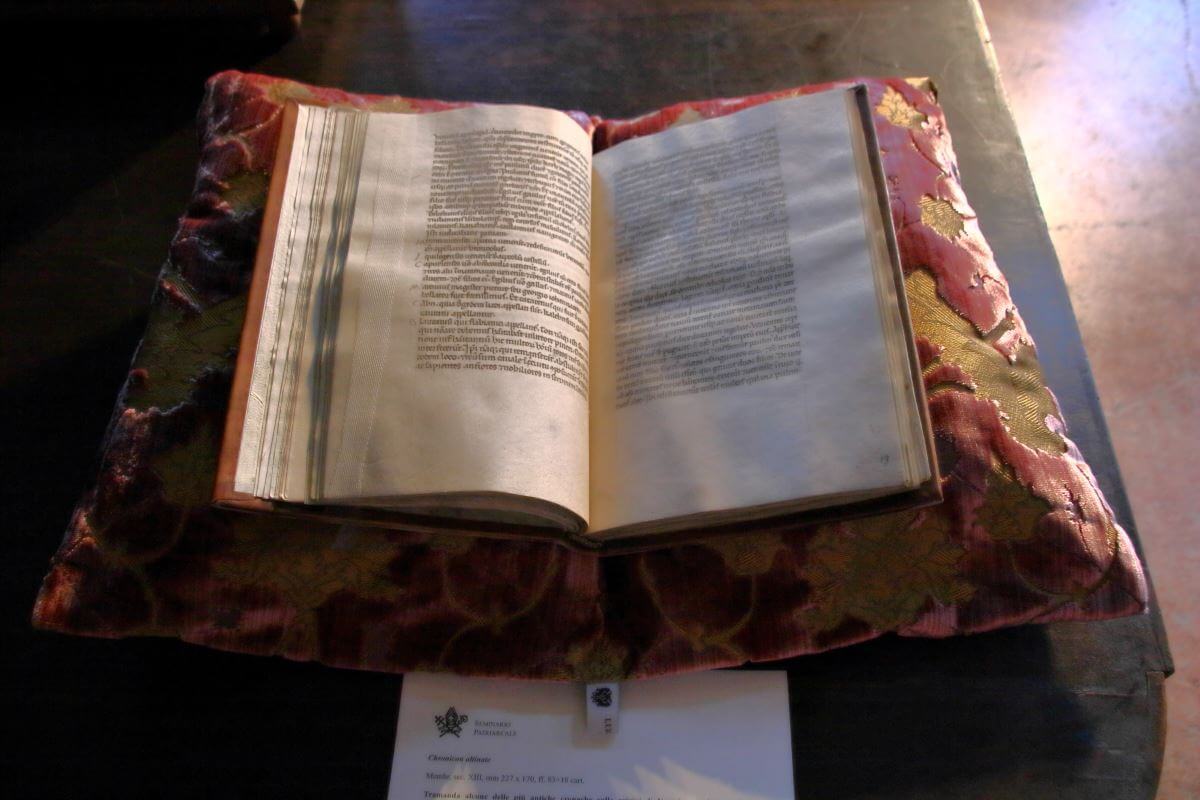 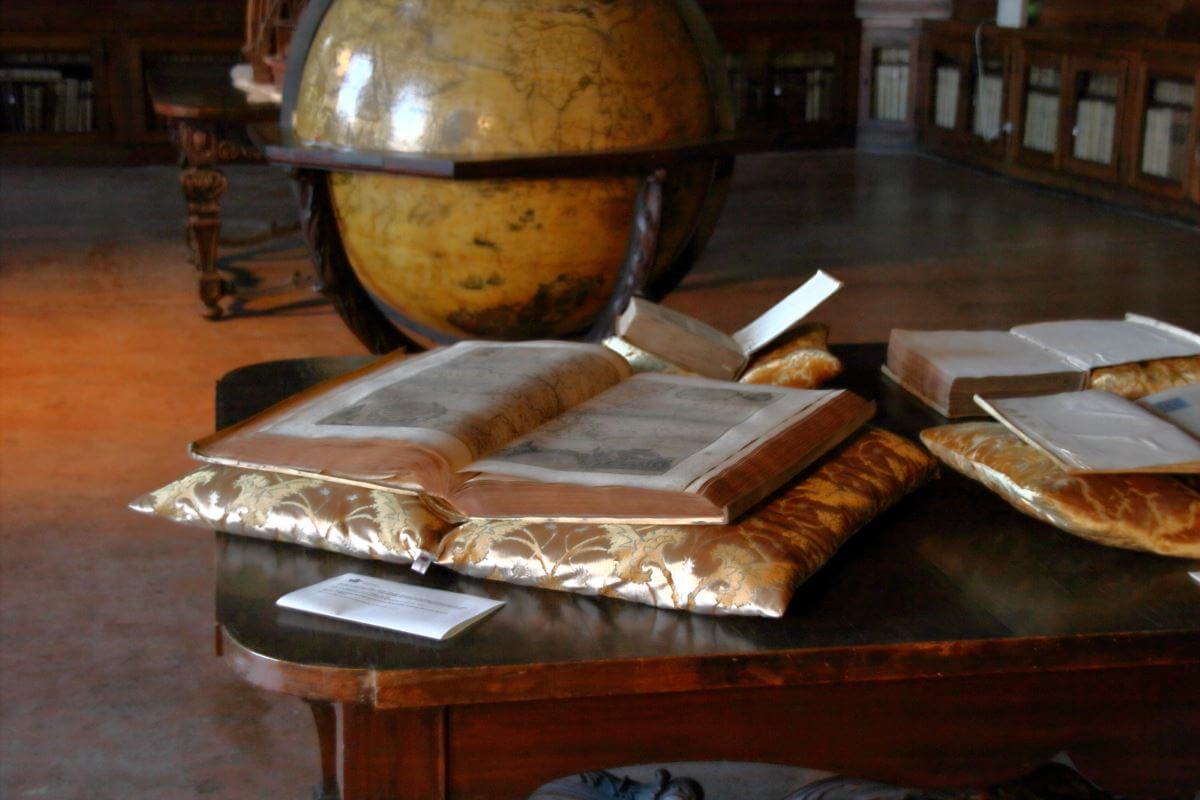 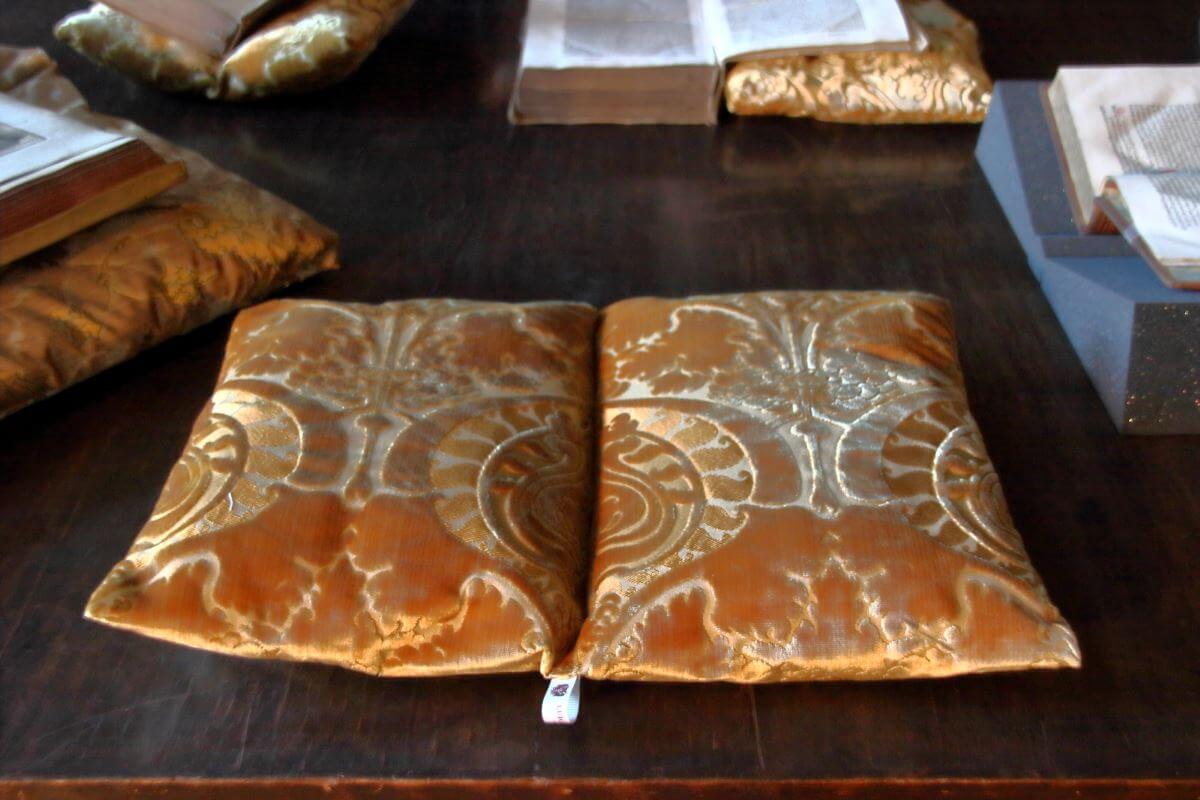 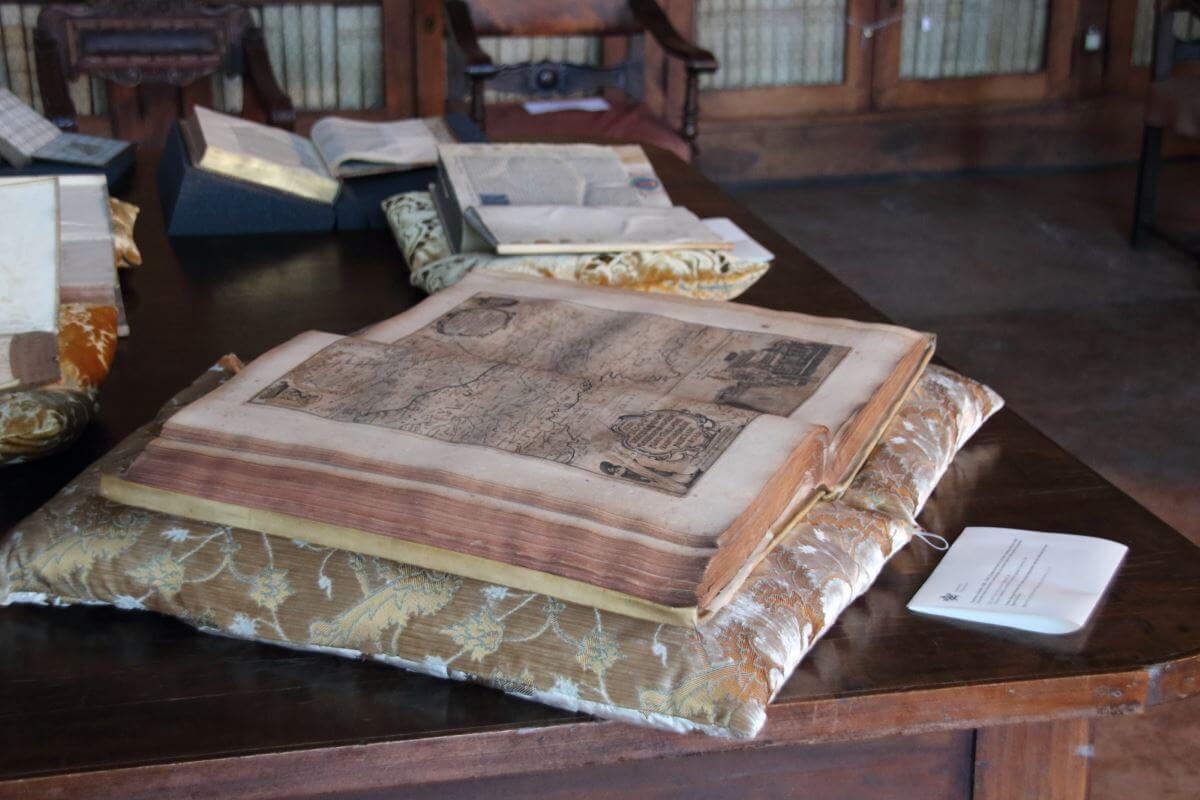 The heritage of the Historical Archive of the Patriarchate of Venice

The mission of the Historical Archive of the Patriarchate of Venice is to preserve the documents of Venice’s parishes, written by the Curia and other institutions, such as the Seminary. The documents coming from Torcello and Caorle can be found here, as well, since these cities were once dioceses. And Torcello is probably the place where the Archive’s oldest item comes from: a parchment dated to 999.

But the Monumental Library hosts more than 6,000 volumes and booklets dating back to the period between the 16th and 20th century, some even to the 15th. And not all of them are printed volumes: there are some manuscripts on canon law, theology, spirituality, homiletics and music. some of them are illuminated, as you can see in the photos on this page, and our cushions have been chosen to exhibit some of these very books.

A curious fact: since 2015 the Archive is located on the Punta della Dogana, just next to the Basilica di Santa Maria della Salute. Which, in 2017, became the theatre of another collaboration between our Tessitura and the Patriarchate of Venice: it resulted in the video you see here below (directed by Angela Colonna), on the history of our Colonne velvet, which covers the pillars of the Basilica during the Salute Festival.