The treasures of the Fabergé Museum in St. Petersburg

The project about which you’re going to read will take you far back in time, to discover a precious tradition in the field of jewellery. Its protagonists are some of our fabrics for wall coverings, used to decorate three of the rooms of the Fabergé Museum in St. Petersburg.

The core of this collection are the most precious Eggs in the world, created by the most famous Russian jeweller. But each and every single item in the Museum has a unique value.

The birth of the Fabergé Museum

It all started with the palace where the Museum is located: the Shuvalov Palace is an 18th-century mansion owned by two noble families, on the Fontanka River, a branch of the Neva. The aim of Viktor Vekselberg – the Russian billionaire who masterminded the project – was turning it into a museum of the Russian cultural and historical items sold by the Soviet government during the 1920s and 1930s.

And that’s how more than 4,000 works of art found their new home here, including paintings and objects made of gold, silver, porcelain and bronze. But most of all 9 out of the 52 Imperial Eggs made by Peter Carl Fabergé for the last two Tsars of Russia.

To keep this cultural heritage, Vekselberg therefore chose a magnificent neoclassical building, which was though in need of restoration. But this process wasn’t meant to turn it into a new kind of building, but rather to bring it back to its original splendour.

Bevilacqua’s brocatelles in the Museum

One of the elements that needed to be replaced were the fabrics used to cover the walls. The original ones were made of silk, but they wore away with time: the palace has been constantly used, even after the October Revolution, but in 200 years there’s never been a restoration as thorough as the one begun in 2006 and completed in 2013.

In three of the Museum’s rooms the fabrics covering the walls were brocatelles: these silk and linen fabrics have a large raised design, just like brocades, but are much lighter than this kind of fabric. Which makes the perfect for upholstery and furnishing.

The brocatelles Tessitura Bevilacqua provided this project with have three different colours, but they’re all flame-resistant, to ensure safety of both the fabrics and the precious furniture and art pieces inside the Fabergé Museum. Imperial Eggs included. 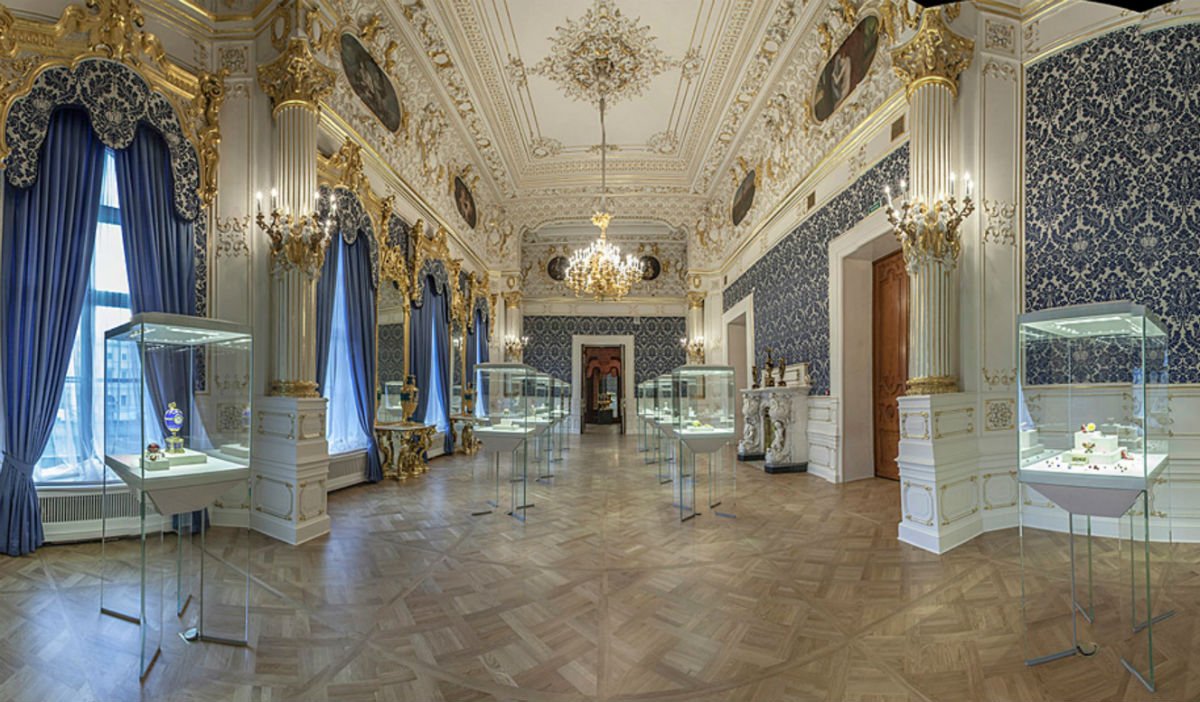 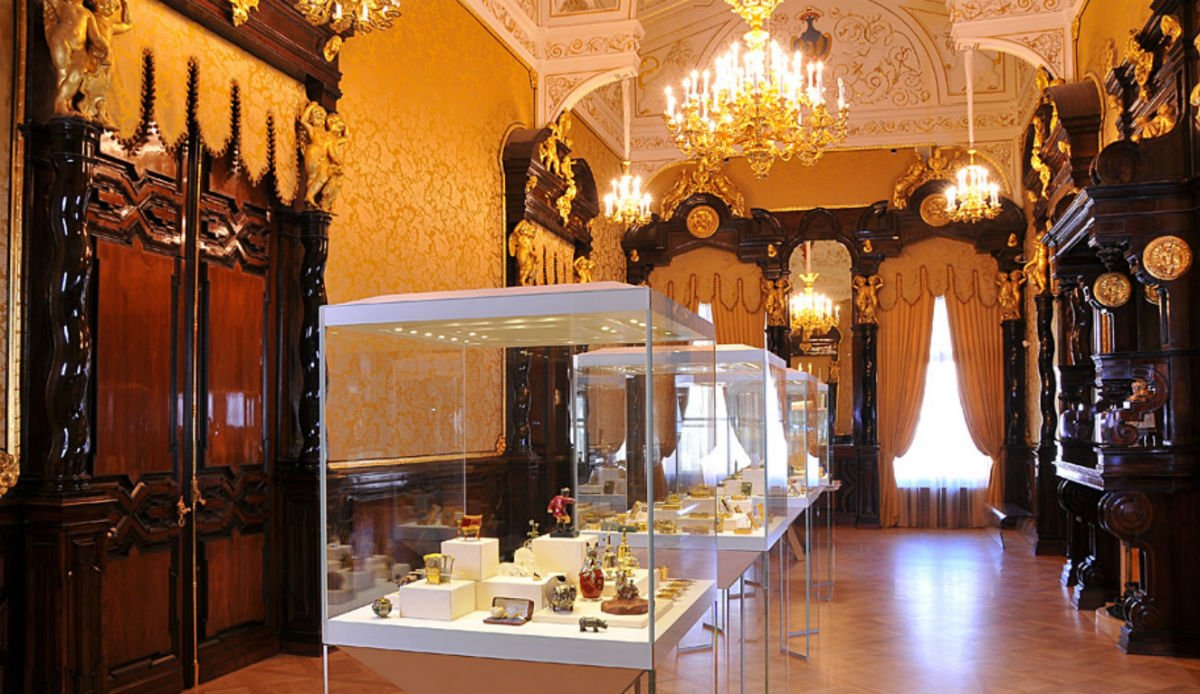 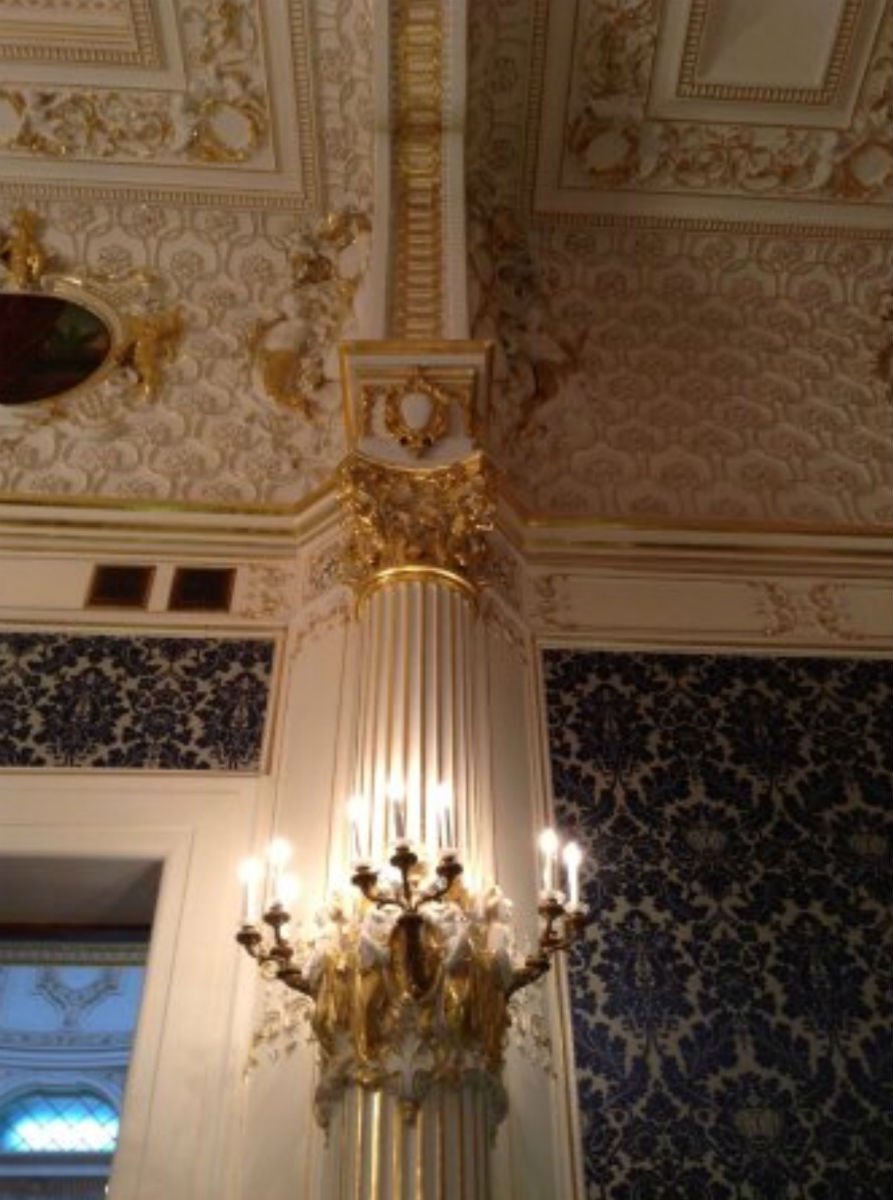 The heart of the Museum: the Imperial Eggs by Fabergé

The Tsar who started the tradition of Fabergé Eggs was Alexander III: on Easter 1885 he gave his wife Maria Fëdorovna a jewel-egg with a special surprise: a gold-coloured hen containing a miniature of the imperial crown. The Tsarina appreciated this gift so much that commissioning an egg from Fabergé became an annual custom. After Alexander’s death, his son Nicholas II kept this tradition alive, by giving both his mother and his wife, Alexandra, an Egg, until 1917.

Decorated with jewels and precious stones, the Eggs were designed by Fabergé and created by his skilled artisans, who crafted every detail perfectly, both on the shell and on the surprise. As, for example, the one contained in the Coronation Egg (1897): a 9.4 cm long replica of the coach used by Alexandra on the coronation day.

The 52 Eggs are now scattered around the world, and the nine ones kept in the Museum previously belonged to the American newspaper magnate Malcolm Forbes and were bought by Vekselberg in 2004. 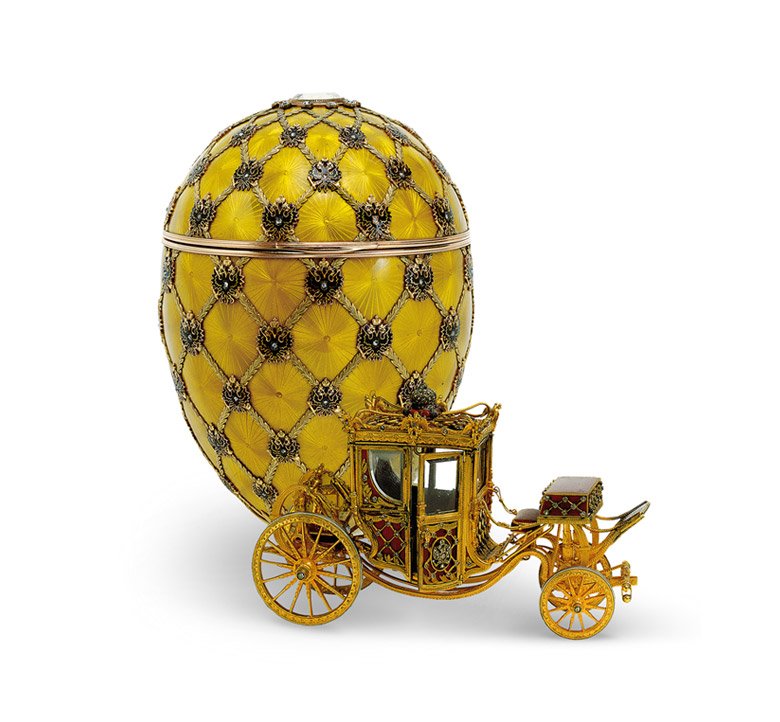