Let the prestige of lampas seduce you 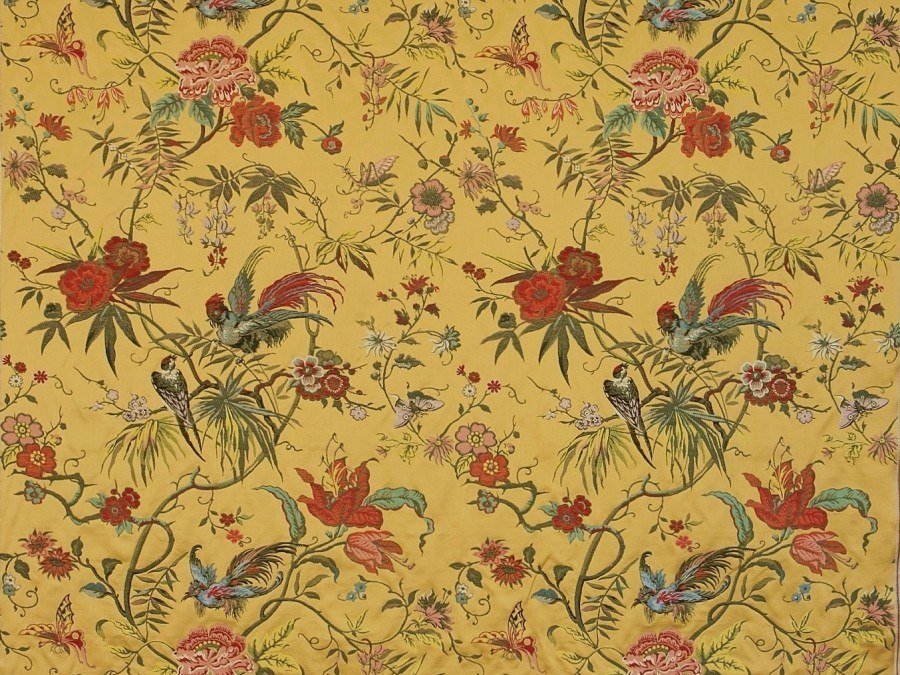 Known since the 10th century, the lampas is a weave whose French original name, lampasse, can be deceiving: its origins are not French but oriental.

Precursor of the brocade and with features that remind of the damask, it started to spread during the renaissance and became popular in the baroque period (the weaves produced by the silk factories in Lyon in the 18th century are still famous today) thanks to its big coloured decorations in relief, often standing out from a dark background, which perfectly matched the style of that period, so opulent and original at the same time. 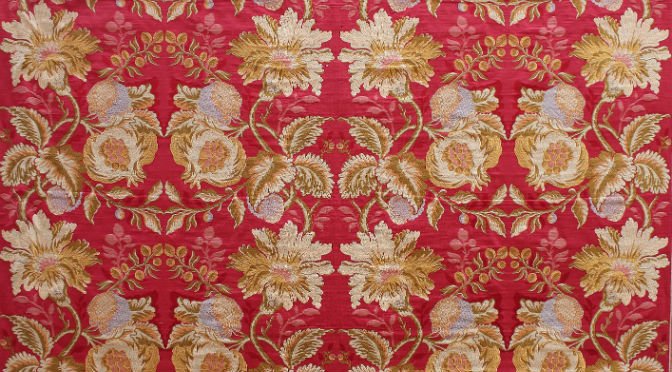 The Melograno lampas by Tessitura Bevilacqua

Warp and decorations of a timeless Italian silk fabric

Its warp is obtained with a loom in which a satin or taffeta background made of silk threads is combined with other silk threads, that compose the weft. The resulting floral decorations can also be a perfect match for contemporary furniture or upholstery, giving it a timeless charm and prestige.