Luxury Sofa Cushions: How to Decorate with Precious Fabrics 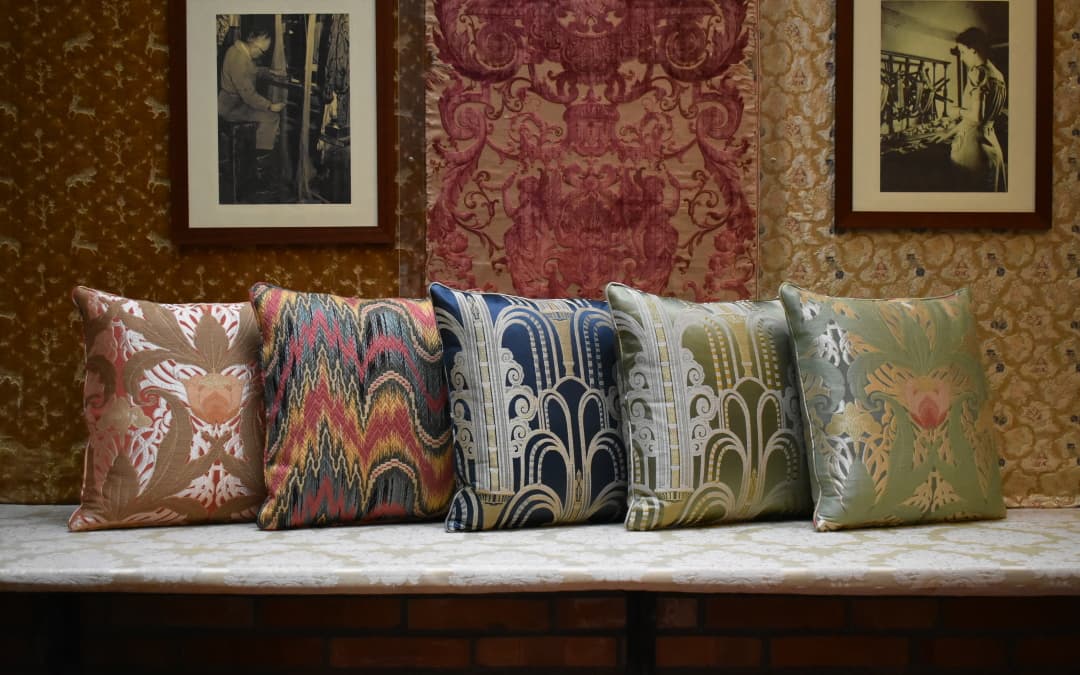 Luxury decorative sofa cushions are a furnishing item capable of giving your interiors a complete makeover. Until the 19th century, they were a valuable object that only the wealthy classes could afford. The same exclusiveness can be found today in our collection of decorative cushions in precious fabrics: we’ll tell you more about them.

A Little History of Decorative Pillows

In ancient China, the wealthiest people’s pillows were made of porcelain and embellished with stones, pearls and trimmed with pure gold.

Ancient Greeks and Romans used soft pillows stuffed with straw and feathers and of various sizes, utilized for both lying down and sitting up. In Europe, during the Middle Ages, pillows were used to enrich the wedding trousseaus of wealthy families.

During the Baroque period, this furnishing accessory also took on the elaborate patterns and bright colors typical of that time, which we still find today among the styles and trends.

Different objects, but with a common feature: their shapes, decorations and materials were all meant to reveal their owners’ status. Their value was such that they were used to present gifts and crowns to sovereigns for centuries, and this is why wedding rings are still brought to the bride and groom on a cushion.

With the Industrial Revolution, new inventions – especially the Jacquard loom – sped up the production of all fabrics, lowering their price and widening the range of designs that could be realized with very complex and colorful patterns. So it was from the beginning of the 19th century that even the middle class could afford these luxury goods. 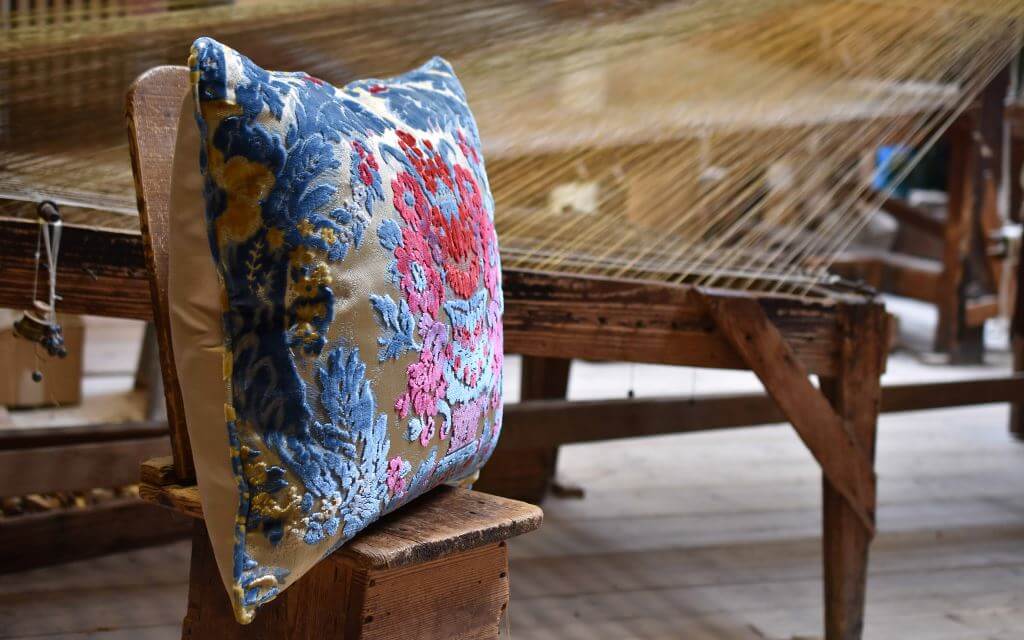 How to Decorate with Luxury Sofa Cushions

Today, cushions are a piece of furniture that ensure comfort while decorating a room. They can completely change the style or enhance the characteristics of style, color and personality of interiors.

Plain-colored cushions can create a lively but not excessive theme in rooms with curtains and sofas with rich patterns. While choosing bright tones and patterns pillows can add color and character to interiors with neutral tones.

Velvet cushions also give warmth and make rooms more welcoming, as well as lampas and brocatelle to enhance refinement and brightness.

Moreover, they can highlight other elements of furniture such as curtains, upholstery and paintings, stating a historical period or a particular style. Often, it’s enough to change the pillows to refresh the look of a room and, if you are looking for velvet cushions for sofas as well as in other precious fabrics, our catalog will be a source of great inspiration.

The decorative cushions of Bevilacqua’s collection have not lost their old value and uniqueness. Their fabrics represent the Art Nouveau refinement, such as the Fresie velvet cushion, or modern sophistication, such as the Walls lampas cushion, and are declined in both classic and unusual colors. 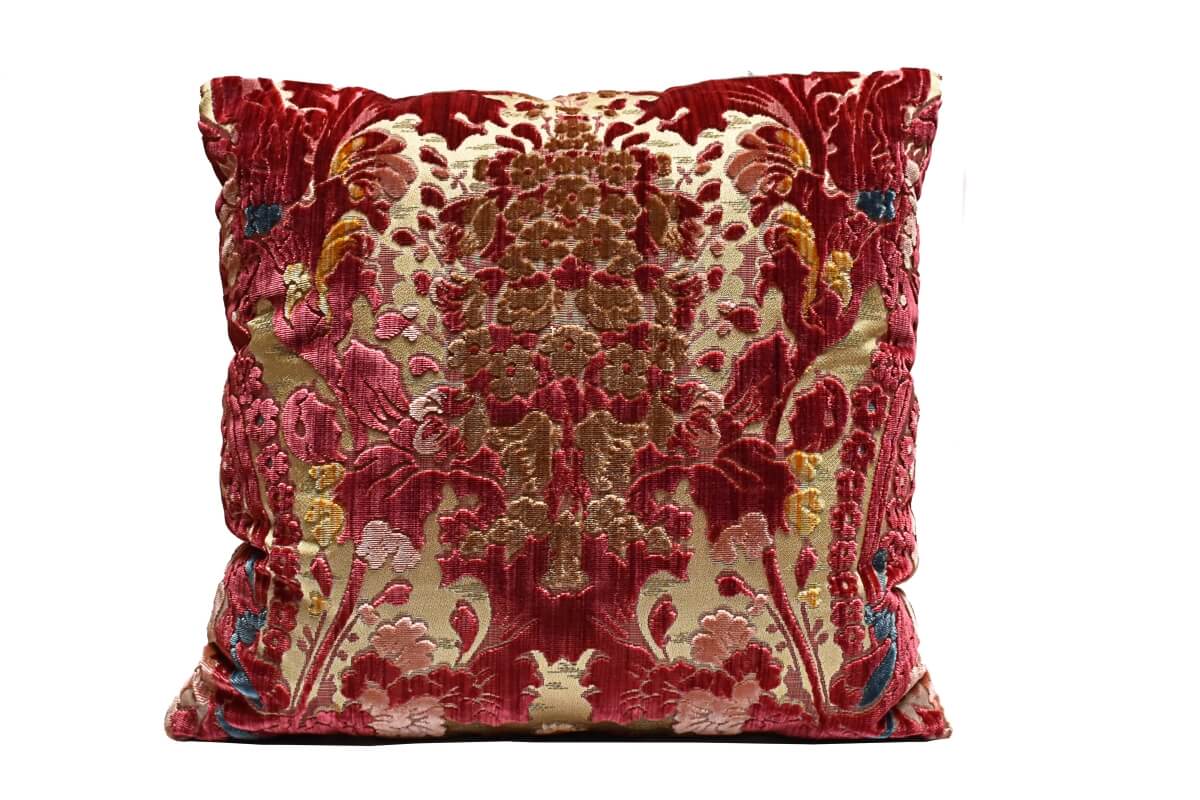 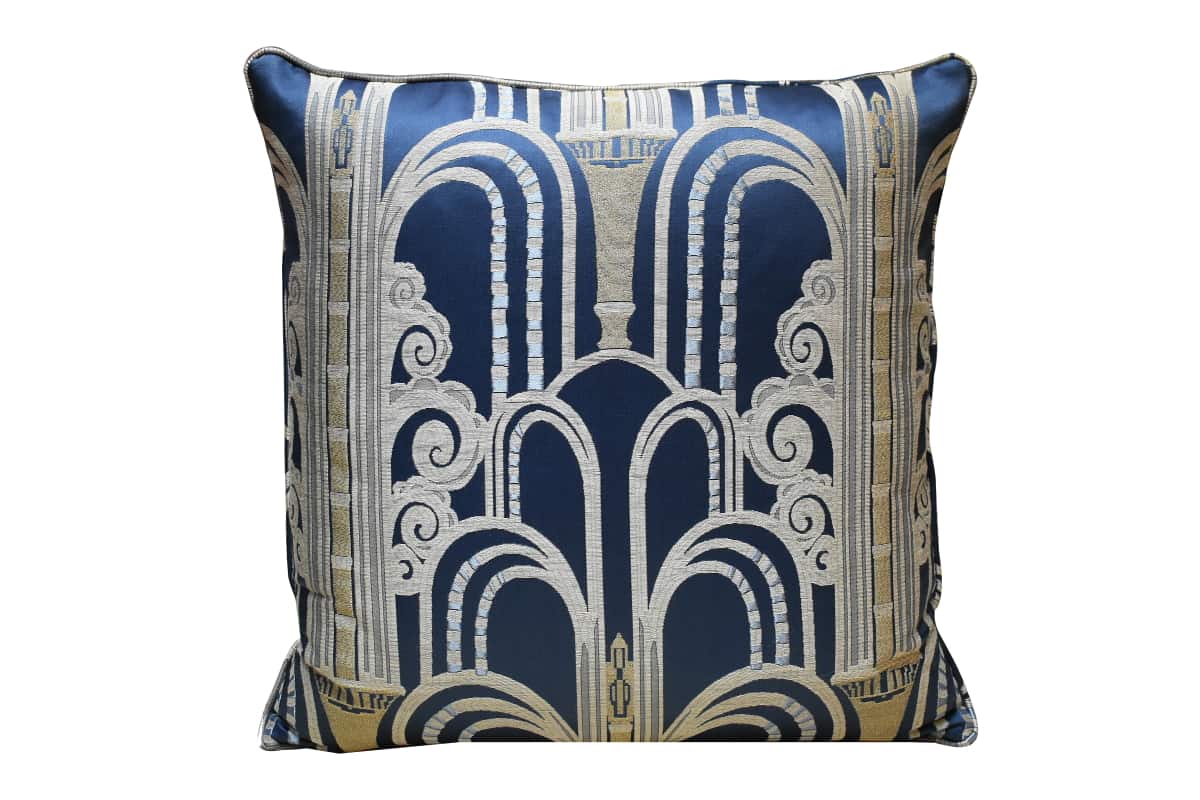 The stylistic inspiration reminds of ancient times, which are brought to life by the names of the collections such as, for example, Rinascimento (Renaissance). Or they recall the traditions of the Venetian lagoon as in the Torcello velvet cushion and exotic atmospheres, as in the Tigre velvet cushion. 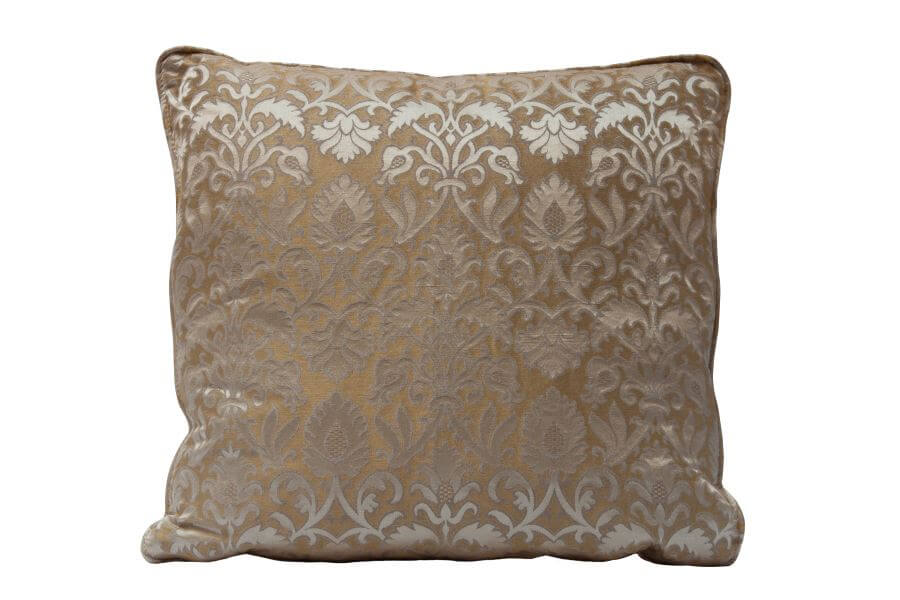 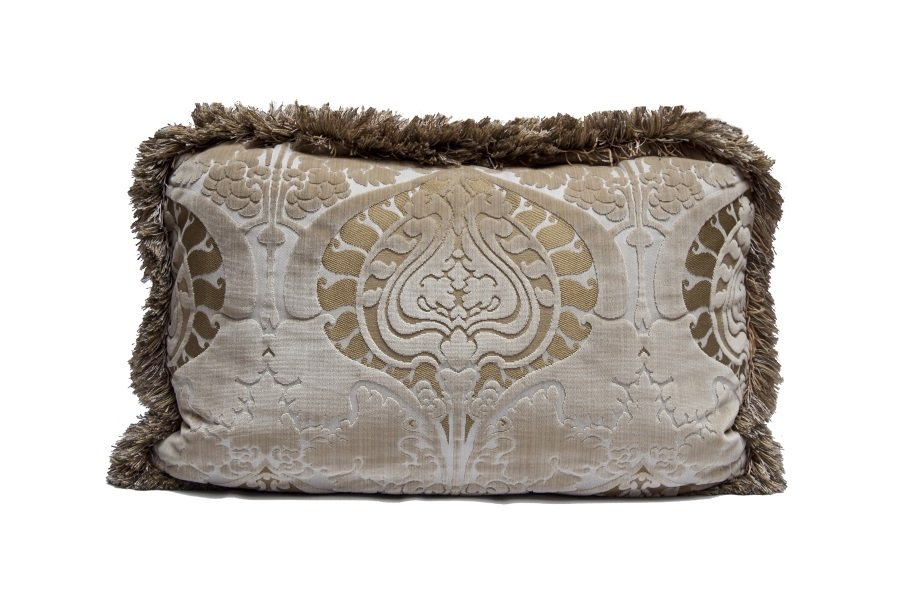 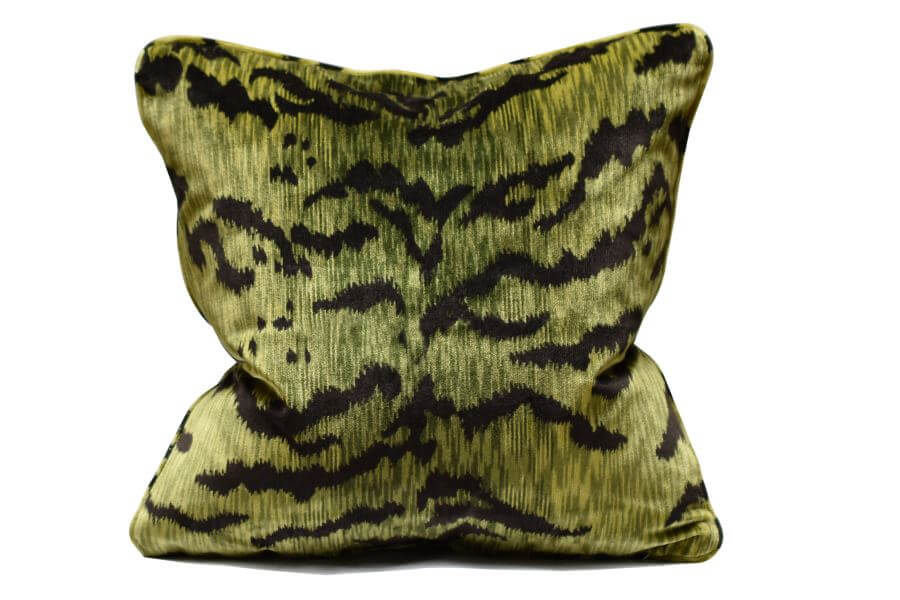 They are available in our store in Venice, at 1320 Santa Croce.

Can’t find the design you’ve madly fallen in love with on any pillow? Don’t worry, you can choose any fabric and we’ll custom-make your throw pillow. Just as you can personalize the details: with or without a piping or marabou border, with a design that completely covers its surface as in the Grottesche brocatelle cushion, or that is just an insert as in the Leoni handmade velvet cushion.

Our decorative cushions can thus be combined with any interior’s style, always giving a touch of uniqueness to any room in your home. 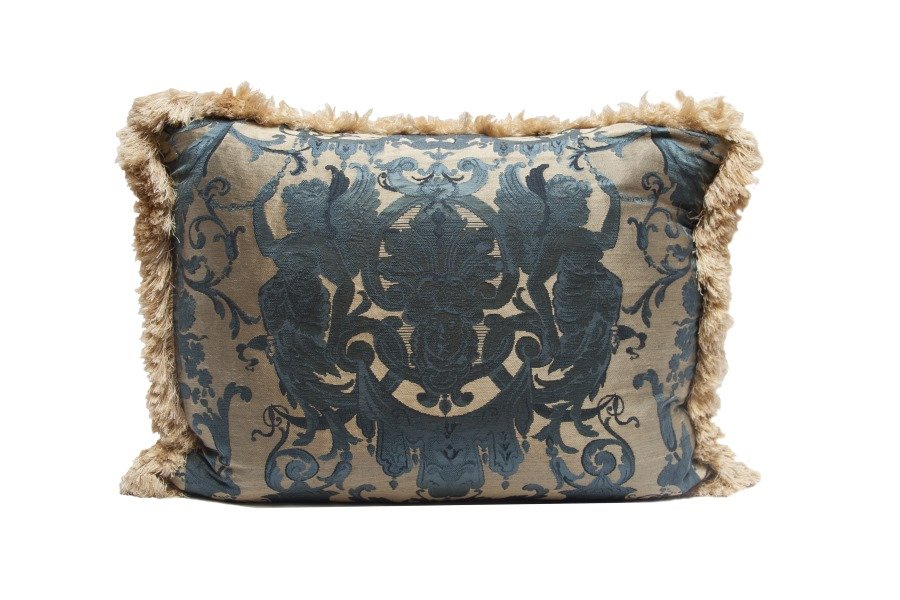 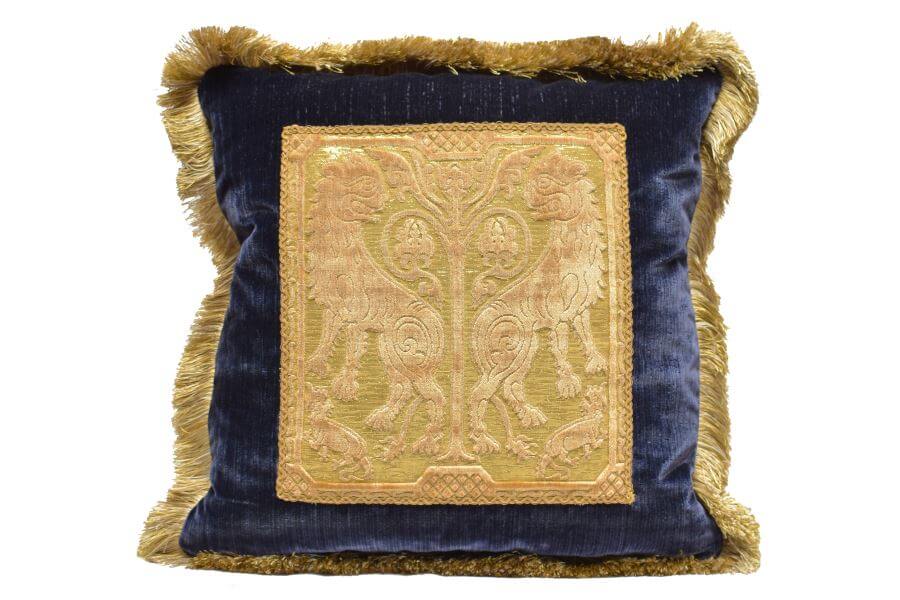