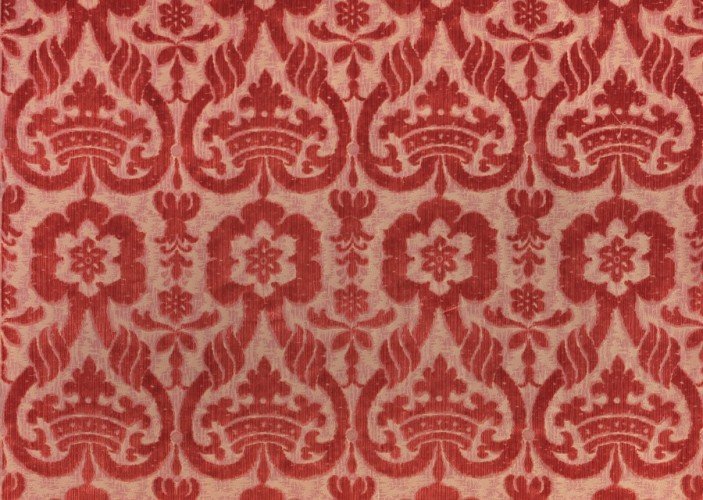 One of the luxury furnishing fabrics from our archive was actually born as a pattern for a men’s robe in the 17th century. And it was quite an important robe in the Republic of Venice, since it dressed its Senators. 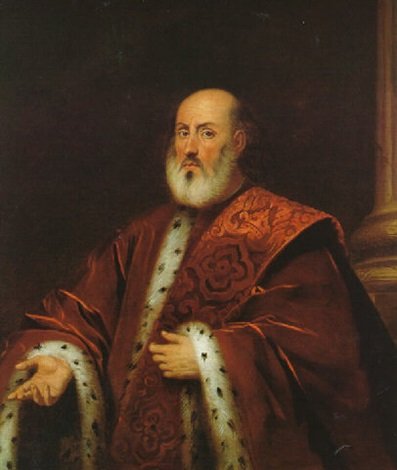 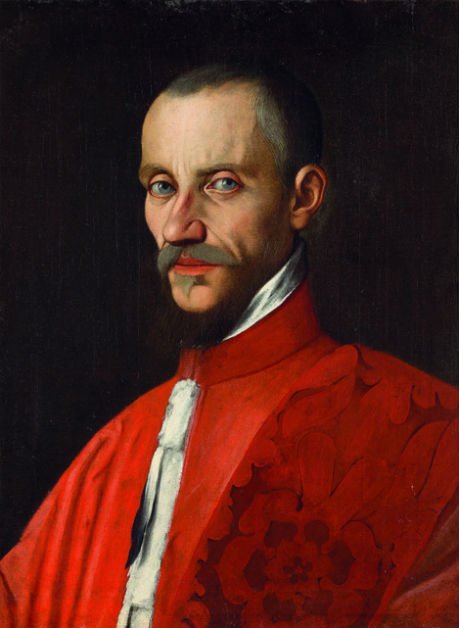 How did Venetian nobles dress in the 17th century?

Today, Italian Senators cannot enter the Senate without tie and jacket. But if you see them on the street, they may show an absolutely casual look. And the same was true of Venetian Senators in the 16th and 17th centuries: when on duty, they had to follow a precise dress code.

Indeed, Senators belonged to the Patricians, the nobles who held a position in the government of the Republic of Venice. And it was easy to tell them apart from citizens and foresti (“foreigners”), because they wore:

As far as the 120 Senators and the other Counsellors are concerned, there was simply no mistaking them. With their red robes made of velvet or damask, they stood out from the rest of the Venetian aristocracy on Saint Mark’s Square and during government’s sittings and parades.

In the past, various attempts have been made to reproduce these gowns, but they were all fruitless, because hindered by a major problem.

The difficulties of handwoven velvet manufacturers

The fabric’s pile and ground are both the same colour: so, to distinguish the pattern, the pile must be higher than the ground. To get this effect, one needs some thick rods, which must be placed beneath the threads. None of them has been preserved, though, and no craftsman managed to produce them.

But in the late Nineties the Tessitura Bevilacqua succeeded in the venture, making the right tools and so starting the production of the Senatori velvet. However, it’s a little different from the original one:

Anyway, the pattern has remained the same as the one on the gowns used in the 16th and 17th centuries, as the paintings by Domenico Tintoretto (1560-1635) on this page prove: two bent stems hold up first a crown, then a corolla enclosing a six-petaled rose.

Both elements are heraldic symbols: 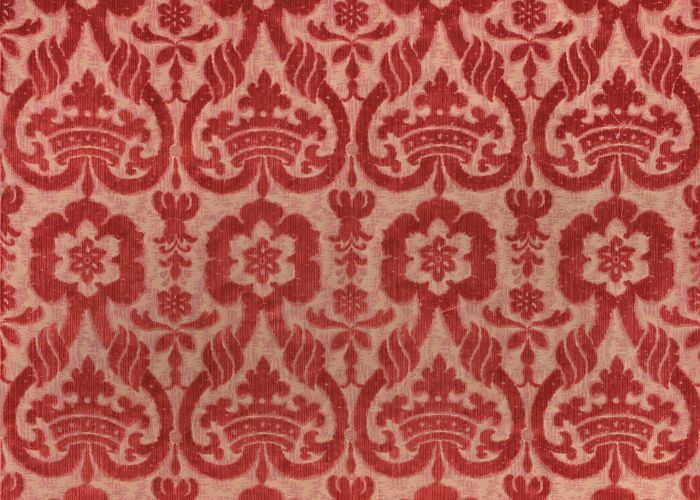 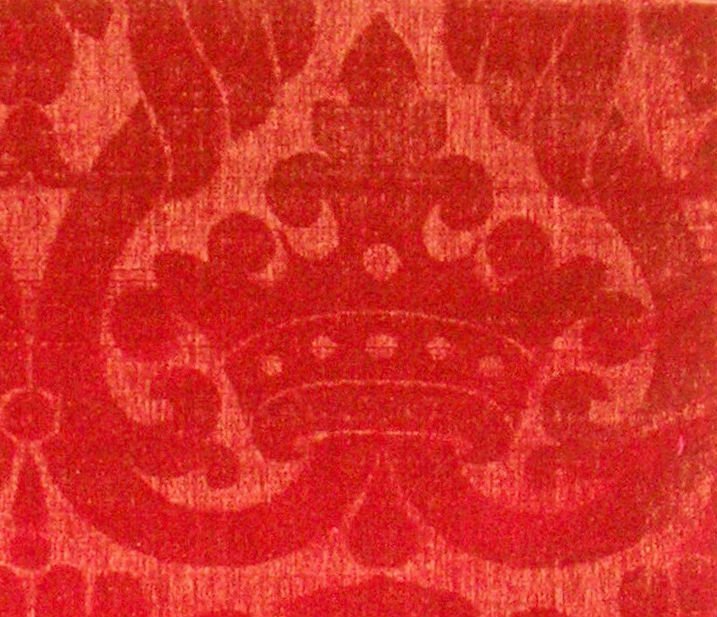